Breaking
Why Communication Is So Powerful In The Age...
OpenSooq, The Best Website to Buy Used Cars...
Hot Tips to Reduce MacBook Pro Fan Noise
How to Make the Most Out of Your...
7 Examples Of Using AI For SEO
Why you Should Always Try the Demo Slots...
How to Launch a New Restaurant Business
Start the Year Debt Free
How to clear a browser cache on a...
Which are the best software providers of slots...
How Investing Can Help You Save For Retirement
Top progressive betting strategies for slot machines
Key Software Tests to Conduct Before Product Launch
Why so many people play slots online in...
Why businesses should prioritise Cyber Security
What You And Your RTO Business Need To...
Home Business Facebook’s News Ban In Australia Gets Messy With Take Downs Of Government Pages, Non-Profits
BusinessSocial Media 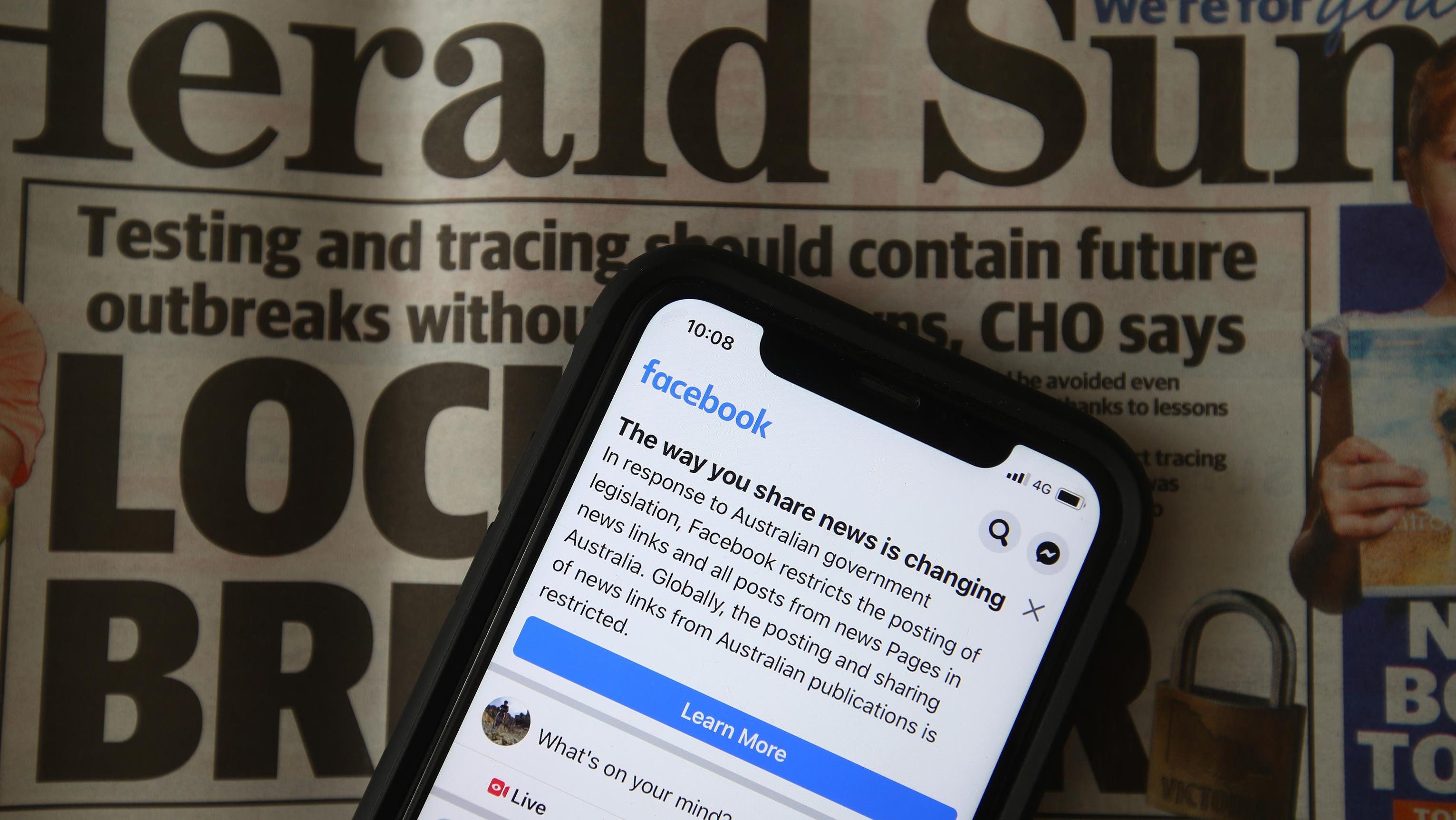 The Facebook pages of several Australian government agencies, non-profits, businesses and briefly even Facebook’s own official page were blocked by the social media platform in Australia on Thursday as Facebook moved to implement its ban on all news content in Australia in response to new legislation in the country that would force the company to pay news publishers.

The platform also reportedly blocked its own official page briefly.

Pages of several non-profits like Council to Homeless Persons, the Kids Cancer Project and other major organizations like the Australian Council of Trade Unions were also impacted.

Western Australian opposition leader Zak Kirkup’s page has also been taken down, and this has invited a sharp response Western Australia’s premier, Mark McGowan who spoke up in support of his rival and compared Facebook’s actions to “North Korea”.

Pages of Australian electronics retailer Harvey Norman, the Women’s Rugby League and the Queensland Rugby League were among the many other pages that have been affected.

In a statement shared with several media outlets, Facebook said that Government and non-news Pages should not be impacted by its news ban and promised to reverse ban on any Pages that are “inadvertently impacted.” But the company blamed ambiguity of the proposed legislation for causing some of the confusion stating: “As the law does not provide a clear guidance on the definition of news content, we have taken a broad definition in order to respect the law as drafted.”

Labelling Facebook’s decision to ban news in the country as “actions to unfriend Australia,” Australian Prime Minister Scott Morrison said in a statement: “These actions will only confirm the concerns that an increasing number of countries are expressing about the behaviour of BigTech companies who think they are bigger than governments and that the rules should not apply to them… We will not be intimidated by BigTech seeking to pressure our Parliament as it votes on our important News Media Bargaining Code.”

On Wednesday, Facebook announced that it would block users in Australia from accessing news on its platform in response to an incoming legislation that would force the company to pay news publishers in the country for hosting their content. Announcing the decision in a blog post, William Easton, Facebook’s Australia and New Zealand managing director, wrote “The proposed law fundamentally misunderstands the relationship between our platform and publishers who use it to share news content.” Australia’s proposed news media bargaining code, the government says, is designed to help smaller media outlets that have accused large web platforms like Facebook and Google of benefiting from their work without paying for it.

Google, which is also a target of the proposed legislation has taken a different tact, by choosing to ink deals multi-million dollar with several Australian news organizations. Hours before Facebook’s announcement, Google signed a deal with Rupert Murdoch’s News Corp. — the largest publisher in Australia — to feature news on its platform. Google has also struck a deal with Australia’s largest media entity Seven West Media and is reportedly in talks to do the same with several others.

As Bitcoin’s Total Value Nears $1 Trillion, These Crypto Prices Are Leaving Bitcoin In The Dust