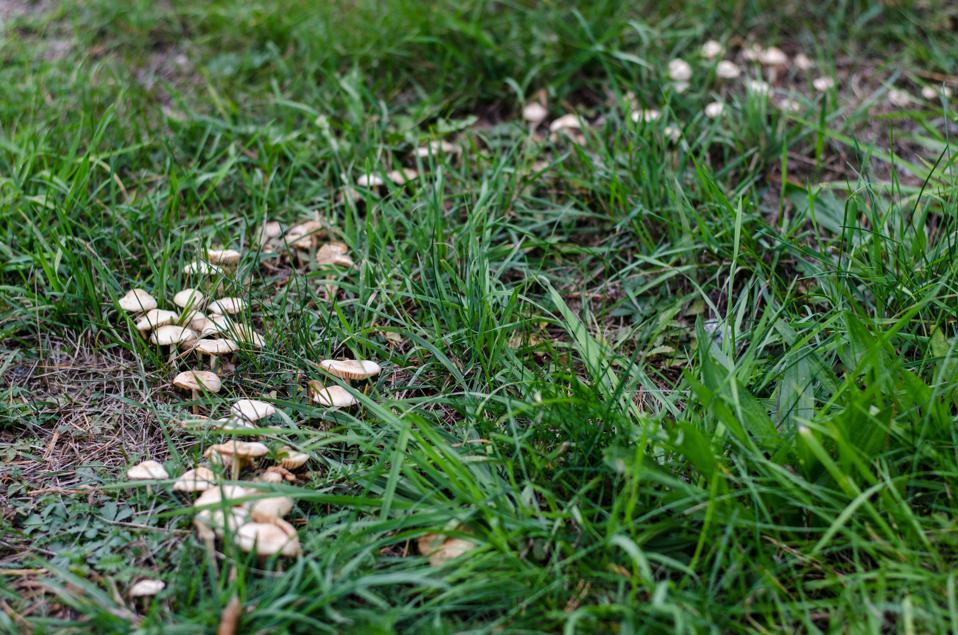 Marasmius oreades in a fairy ring.

Fairy rings are naturally occurring circles or arcs formed by mushrooms. Depending on culture, they are thought to bring either death or growth.

Fungi, living in threads underground, produce mushrooms when they are ready to reproduce. The fairy ring is formed when the mushrooms pop up at the edges of the fungus, which is growing underground. They can be found in forests, grasslands or even your front yard.

Depending on the species of fungus growing, the fairy ring is sometimes surrounded by dead grass, or is proceeded—or followed—by rapid growth of the grass above it. This may explain why fairy rings can be associated with either death or growth. 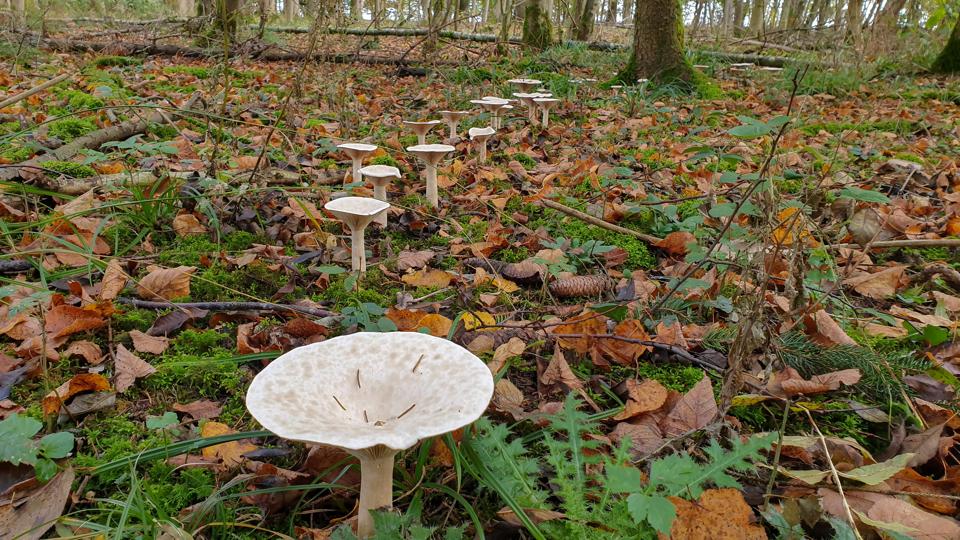 Mushrooms on high legs stand nearby in a circle.

Scientists based in Italy released a new study this week on fairy rings and how they alter the ecosystems they appear in. The study focused on Agaricus arvensis, which forms fairy rings in Mediterranean grasslands with many plant species.

The A. arvensis fairy rings made it easier for short-lived, fast-growing plants to take over an area of the grassland that used to have perennial (plants that bloom and persist many years) plants.

The scientists believe that these fairy ring fungi could be acting as ecosystem engineers in these Mediterranean grasslands, altering the species that are found by promoting the growth of certain species over others.

The Lockdown Live Streaming Revolution, From The DJing Priest To Radiohead