Breaking
What You And Your RTO Business Need To...
4 SEO Trends for Websites You Should Not...
3 Reasons Why Desk Booking Is Rising In...
8 Tips to Play & Win at Online...
How can software benefit facility management?
Do Professional Casino Players Pay Taxes for the...
Becoming a Trading Expert: What Is the Best...
Dos and Don’ts for B2B Organisations in 2022
Should your business be using Machine Vision?
Colour Masterbatch vs Raw Pigments – Which Is...
Keeping your business moving as you expand online
Top Four Celebrities Who’ve Invested In Cryptocurrency
Why is Cloud Computing Tipped to be the...
How to Raise Money for Non-profit Organizations in...
Choosing the right theme for your WordPress Business...
A Guide to Using Celebrities to Promote Your...
Home Sport Fantasy Football Sleeper Wide Receivers To Play In Week 10
Sport

Earlier this week I spoke about some running back sleepers to target, but as I mentioned there, with six teams on a bye this week it’s slim pickings on the waiver wire.

However, there were a few injuries and trade deadline moves that created some value plays for us to take advantage of on FantasyPros’ rankings this week so let’s dive on in. 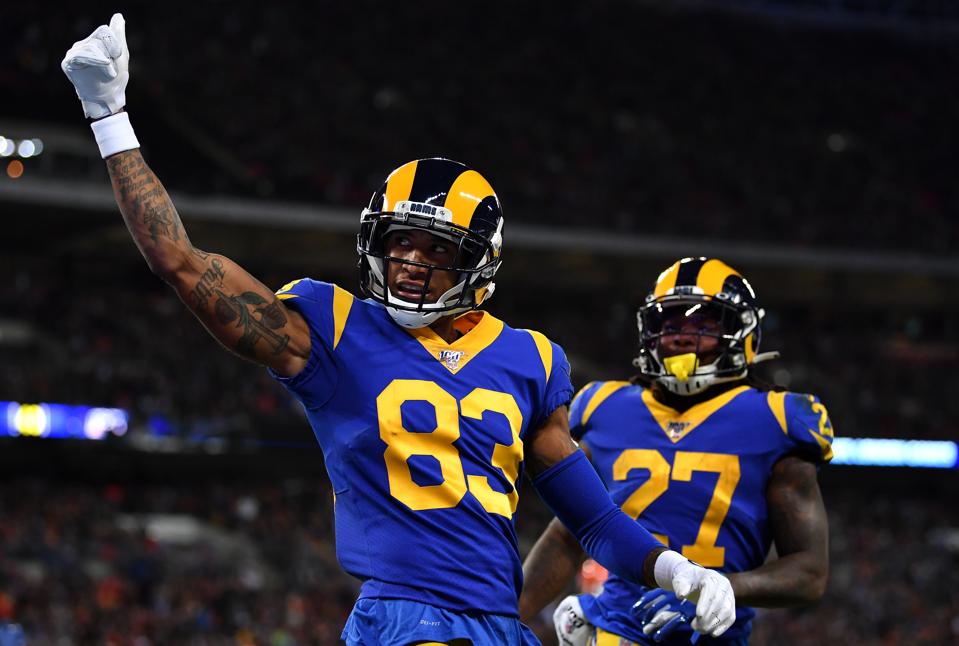 LONDON, ENGLAND – OCTOBER 27: Josh Reynolds #83 of the Los Angeles Rams celebrates scoring a touch … [+] down during the NFL London Games series match between the Cincinnati Bengals and the Los Angeles Rams at Wembley Stadium on October 27, 2019 in London, England. (Photo by Justin Setterfield/Getty Images)

As we wish Brandin Cooks a speedy recovery from yet another concussion, Josh Reynolds re-emerges as a fantasy football asset.

A role, frankly, he’s gotten quite used to over the last 12-18 months and it’s something that quarterback Jared Goff has come to appreciate.

“He’s a guy who I have as much confidence in as anybody on our team,” Goff said. “I get excited once he gets his chance.”

The Rams have used 3+ WR on 91% of their drop backs this season, according to ESPN’s Field Yates so not only can we expect Reynolds to be on the field a lot, but he has ‘as much confidence as anybody’ on the Rams. It showed in Week 8 when Cooks went down, catching three passes for 73 yards and a score.

It’s also shown up throughout his career.

In 10 career games with five or more targets (IE, when he sees the field,) he has seven touchdowns. So this isn’t just an option for Week 10, but as Cooks remains out, Reynolds has a serious shot at consistent WR3 numbers.

It’s hard to expect Robert Woods’ target share to hover around six percent going forward, but when this Rams offense gets going, Reynolds won’t need a 26% share to out-produce this ranking. Especially considering they’ve been a top-six offense in terms of plays per game, so even if Reynolds has a slightly smaller percentage, it is coming from a higher-volume of plays compared to most teams.

The Steelers are one of the best pass-defenses in the NFL, but the Rams are still road favorites with a reasonable 44-point over/under this week and among the top-10 teams in terms of projected points in Week 10.

I love Reynolds as a boom-or-bust WR3 this week. 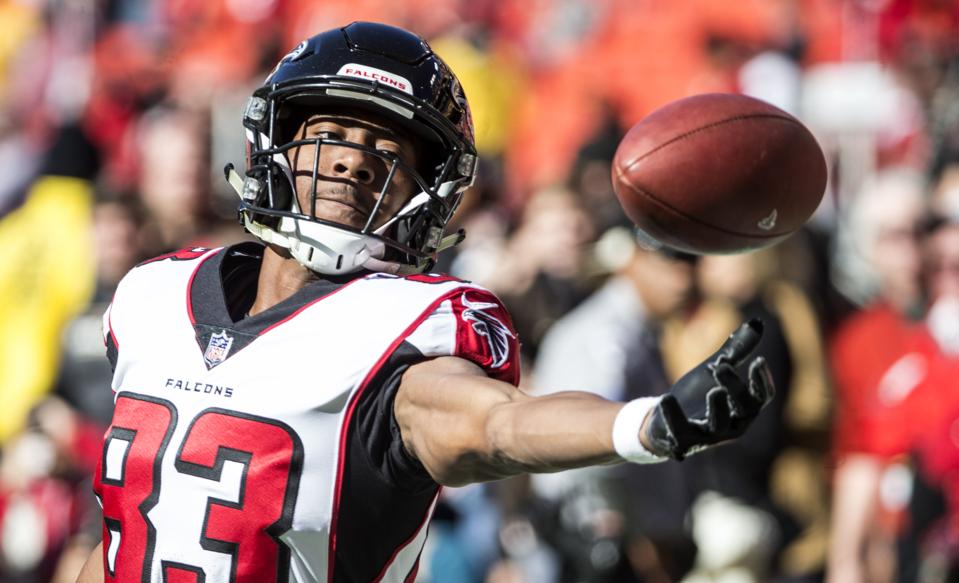 LANDOVER, MD – NOVEMBER 04: Atlanta Falcons wide receiver Russell Gage (83) before a NFL game … [+] between the Washington Redskins and the Atlanta Falcons on November 04, 2018, at Fedex Field, in Landover, Maryland. The Falcons defeated the Redskins 38-14. (Photo by Tony Quinn/Icon Sportswire via Getty Images)

Earlier this season I was all aboard the Mohamed Sanu hype train.

Matt Ryan was on pace to throw it 710 times. Sanu’s target share wasn’t overwhelming, but at around 16 percent in that offense he was on pace for roughly 113 targets for the season.

That hype train has left the station and now resides in New England, while the Russell Gage-train has picked up where Sanu left off.

In Atlanta’s first game without Sanu, Gage had seven receptions for 58 yards on nine targets. He’s been dominating the snaps in the slot, leading in routes, targets, receptions and yards. And now, after Atlanta’s Week 9 bye, he’s ready to pick up an even larger role.

“I prepare every week as If I’m the starter. I understand my time on offense will increase and I’m expected to contribute more and I’m going to do whatever I can to help this team.”

The Falcons are listed as huge-road underdogs, getting at least 13 points this week as they face the Saints in New Orleans. With a 51-point projected over/under, this should create a positive game-script for Gage and the Atlanta offense, as they’ll be throwing from the jump. While their projected point total isn’t very high, Gage has a higher-floor than most, around 5-6 targets, considering he’s all-the-way down at No. 60 in FantasyPros’ ranking.

With Matt Ryan likely back under-center this week, it’s possible the chemistry (and production) Gage showed with backup Matt Schaub goes away and he’s a one-hit wonder. However, the slot appears to be his and in this offense, that’s a position with fantasy value, so Gage could also be a nice WR3/Flex the rest of the way.

With six teams on bye, you could do a lot worse than Gage in your lineup this week.

Going to skip the WR to avoid section this week.

With so many teams on bye, start your studs! If you’re in a deep league, the one stud WR I’d recommend sitting is Allen Robinson, but that’s only in deep leagues.

What Is BERT? – Whiteboard Friday