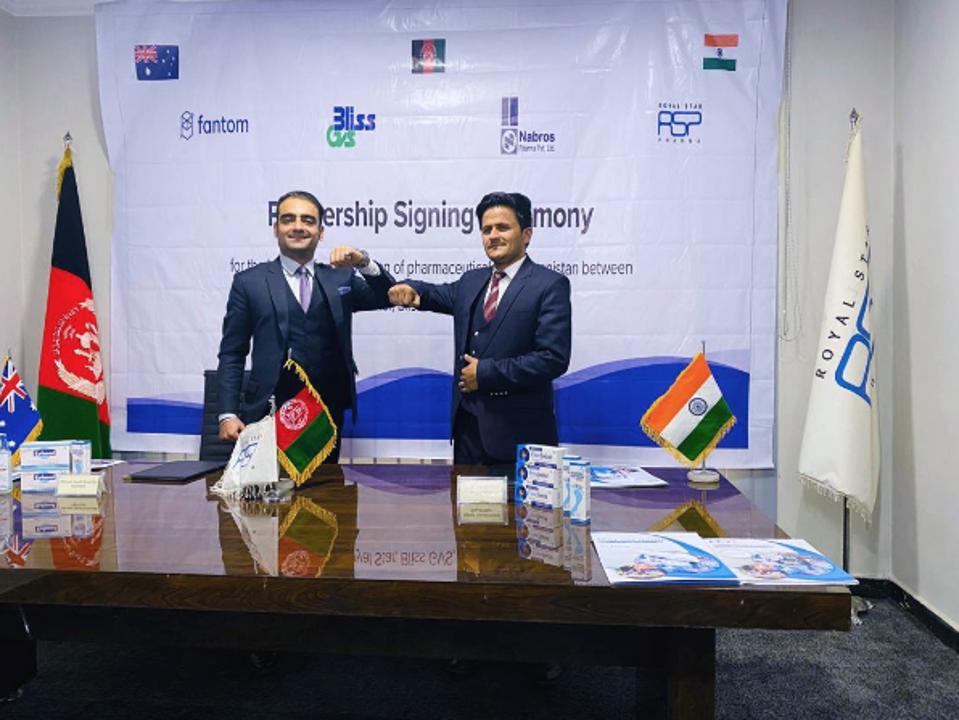 According to the World Health Organization (WHO), 1 in 10 medical products “is substandard or falsified” in developing nations. In Afghanistan, the numbers are staggeringly higher and Afghanistan’s Ministry of Health is looking to correct this predicament.

In a bid to try and rectify issues within the Afghan healthcare industry, Afghanistan’s Ministry of Health is set to commence trialing a blockchain-based smart medicine pilot program on Fantom’s Opera mainnet.

Michael Kong, the CIO of Fantom says, “With the outbreak of COVID-19 we have seen a sudden and dramatic demand for medical products, this, unfortunately, leads to opportunistic criminals looking to profit off the disaster, since 2018, we have seen an 18% increase in seizures of antivirals and a 100% in seizures of chloroquine. These issues can be dramatically reduced via the introduction of transparent supply-chains and distributed ledger technology.”

The pilot program was originally scheduled to start earlier this year. However, due to COVID-19, the program was temporarily delayed. Kong mentions that “Afghanistan is very interested in using new and emerging technology such as blockchain to solve some of the problems they face internally.”

Kong adds, “Given that counterfeit medicinals are a huge problem for Afghanistan, we signed an MoU with the Ministry of Health to conduct a pilot program—and organized several companies to participate in this program to prove the benefits of our technology.”

“It took us a few months to organize this pilot program. And, it took several months more to begin the program. Unfortunately, COVID-19 seriously affected Afghanistan, and as a result, medical shipments were delayed during the pandemic,” says Kong.

The pilot program is underway

Fantom is rolling out the smart medicine pilot program that will last for approximately 2-3 months, in conjunction with 3 other companies.

Dr. Ghulam Sayed Rashed, the executive director of National Medicine and Health Care Products Regulatory Authority of the Ministry of Public Health said, “This program is the first application of blockchain in Afghanistan; we are so happy to be applying it in the health sector to stop counterfeit drugs by making it easy to track pharmaceutical products. It’s an important project for our nation, and we fully endorse it.”

How the supply chain process works

Fantom provides labels to attach to the pharmaceutical products produced by Bliss GVS and Nabros Pharma. Royal Star will then scan labels at each step of the distribution process. All of the scanned data uses a cryptographic encryption process that is timestamped and saved on the Fantom blockchain—creating an immutable audit trail.

The authenticity of the goods is then checked by the Royal Star and the Ministry of Public Health to ensure that the data and goods are authentic by comparing the hash of the data to the hashes that exist on the blockchain. According to Fantom, the end consumer can also scan the label to verify its authenticity. The pilot project will track a set of 80,000 products that include:

Blockchain and the future of healthcare

Fantom isn’t the only blockchain project trying to solve healthcare problems. The Kadena blockchain, backed by JPMorgan JPM ’s Blockchain Center for Excellence, has partnered with Rymedi, a healthcare data platform, for the same goals. The system is being used by the WHO to monitor vaccination records, treatments, and prevention methods in Mongolia.

The MediLedger project has managed to attract 24 companies in the U.S. pharmaceutical supply chain. They have collaborated on the DSCSA pilot project, with the intention of having the initiative approved by the FDA, to create an interoperable track and trace system for US prescription drugs. Among the participants are Walmart WMT , FedEx FDX , and Pfizer PFE .