Breaking
Channel Your Impact With a Self-Directed IRA
How To Reach Your Customers This Holiday Season
TikTok Will Limit And Label Videos Prematurely Claiming...
How A British Graphic Novel Publisher Is Leading...
Dow Plunges 600 Points On Third Day Of...
According To A New Study, Patients Are Texting,...
How To Keep Your Digital Media Assets Secure
Be Better At Building Your Team
Saying No In Order To Grow
Sherwin-Williams Stock Is Unlikely To Sustain Its Current...
How Successful Entrepreneurs Use The Law Of Attraction
Elon Musk’s Economics 101 Course For Japan
Raoul Pal: Gold Investors “Will Flip To BTC”...
Dating Site Takes On Social Media Dangers Of...
Trump Campaign Website Hacked In Cryptocurrency Scam
How To Reduce The Stress Of Loneliness–9 Tips
Home Technology Fast-Fading Comet NEOWISE Joins Slow-Moving ‘Shooting Stars’ As Delta Aquarid Meteor Shower Peaks
Technology 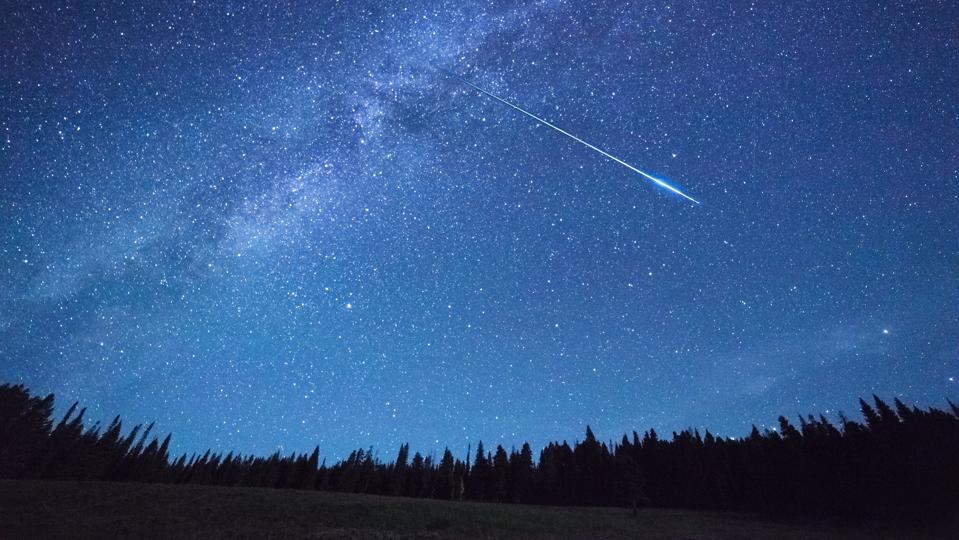 The Delta Aquariids, one of the longest-running meteor showers of all, peaks in the early hours of … [+] Wednesday, July 29.

What and when is the Delta Aquariid meteor shower in 2020?

It’s one of the longest running meteor showers of all with some of the slowest-moving “shooting stars.”

Happening from July 12 through August 23, the Delta Aquariid meteor shower peaks in the early hours of Wednesday, July 29. However, you can look on the few nights around the date and see just as many shooting stars, all moving at a leisurely pace of 26 miles/41 kilometers per second.

So this week is the ideal time to go stargazing, with the chance of shooting stars.

How to see the Delta Aquariid meteor shower in 2020

Shooting stars—about 20 per hour—will appear to originate from the constellation of Aquarius, the Water Bearer, close to the star Skat (officially called Delta Aquarii, hence this meteor shower’s name). Skat is about 160 light years distant.

An hour or two before dawn is the best time to look, in as dark a night sky as possible, and without any kind of white light in your line of sight, or optical aid to narrow your view. Seriously, you do not need binoculars or a telescope for this. In fact, using either will hugely reduce your chances of seeing any shooting stars.

On the morning of July 29, a 68%-lit Moon will sink in the west after midnight, so moonlight won’t interfere.

Shooting stars from the Delta Aquaridds meteor shower appear to originate from close to the star … [+] Skat in the constellation of Aquarius.

According to the American Meteor Society, there should be good rates of meteors for a week centered on the night of the maximum. It also states that Delta Aquarrids tend to be faint and lack both persistent trains and fireballs.

Those in equatorial regions and in the Southern Hemisphere get the best view of the Delta Aquariid meteor shower simply because its radiant—the point from which the shooting stars tend to originate from—is higher above the horizon. However, it’s still easily possible to see shooting stars from the Northern Hemisphere during the Delta Aquariid meteor shower.

Astronomers think that the Delta Aquarid meteor shower is caused by short-period comet called 96P/Machholz, which orbits the Sun every five years.

The next meteor shower after the Delta Aquariids is the best known and best loved meteor shower of them all, the Perseid meteor shower, which run from July 23 through August 20, peaking on August 11/12.

At that time, the Delta Aquariids are still going on, so there are two major sources of shooting stars active simultaneously.

Normally it would be, but this year the Perseids’ peak coincides with the rise of a bright Last Quarter Moon, so there may be a good deal fewer than the 100-or-so shooting stars typically visible in a clear, dark moonless night sky.

Why Rappers Are Exploiting The Deluxe Edition Release Model

Over 14,000 Homes At Risk From Hurricane Hanna Storm Surge