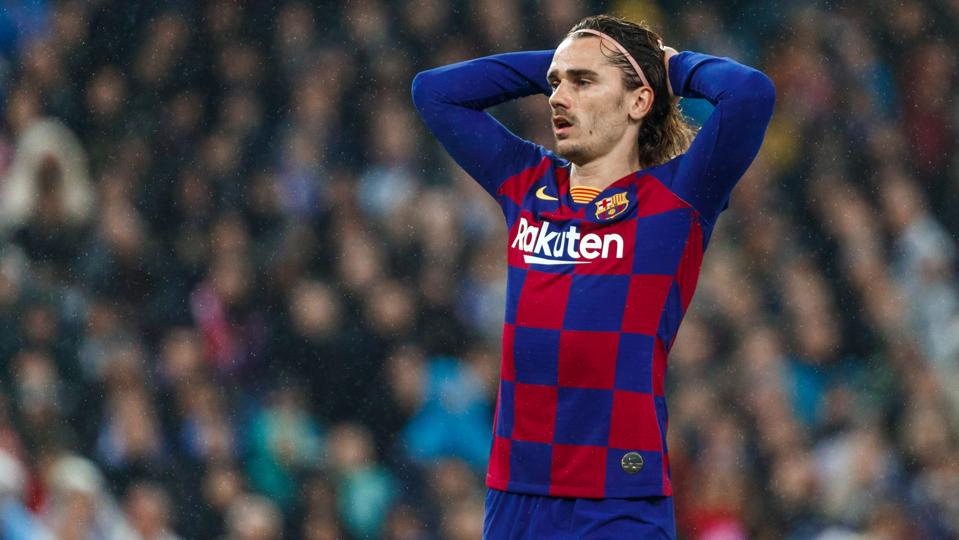 Back in January, it was reported that FC Barcelona forward Antoine Griezmann had given the ‘green light’ to a move that would see Neymar return to PSG.

An indirect replacement for the Brazilian – who left Catalonia for the French capital in a world-record breaking $263mn transfer in the summer of 2017 – the World Cup winner had been shoehorned into his former left wing spot that once saw him complete the legendary ‘MSN’ trident with Lionel Messi and Luis Suarez.

‘Nothing is further from reality,’ wrote Mundo Deportivo’s Fernando Polo at the turn of 2020 however, as a response to suggestions that the Frenchman would be put out by the presence of ‘four heavyweights’ in the Camp Nou locker room.

‘On the contrary, Griezmann would not have any problem or put up any obstacles or inconveniences upon the arrival of the Brazilian,’ it was added.

‘He knows he can lose some prominence, but he signed for five seasons and knows that the more quality [there is] in the team, the better,’ Polo went on, with his information apparently obtained by sources close to the player.

FC Barcelona’s need for new stars becoming more evident each passing week, through poor results and the travails of aging and injured legs, both sporting daily newspapers in Catalonia – Mundo Deportivo and its rival SPORT – have published separate reports today on how Neymar remains their ‘number one objective’.

The 28-year-old allegedly ‘closer than ever’ to a return to the Camp Nou, due to a fallout with sporting director Leonardo over the mishandling of his most recent knock, it has elsewhere been claimed that Griezmann and Neymar may never play alongside one another if one particular plan top brass is cooking up comes to fruition.

According to Deportes Cuatro, a good portion of the board see Griezmann as being a good bargaining chip to entice PSG into selling Neymar and reduce his transfer fee of $190-200mn.

Ousmane Dembélé one other touted name, the pair are both French and heroes in their homeland as part of Les Bleus’ Russia 2018-conquering squad, which would make them an easy sell to the Ligue 1 giants’ fanbase which has never warmed to Neymar over his constant flirting with his former club.

Additionally, the pair are also two of the highest earners on Barça’s payroll and ease the difficulties of meeting Neymar’s €27mn annual salary.

Manchester City’s Champions League ban a wake up call to all Europe’s big spenders, this part-exchange deal would also help stay on the right side of Financial Fair Play regulations.

Furthermore, the Catalans need to raise a near-$140mn to avoid going into the red while also earmarking the acquisition of four players including Inter Milan’s highly-rated striker Lautaro Martinez.

Put simply, there isn’t the money lying around to head straight into the market, without offloading a big name and ideally Bayern Munich loanee Philippe Coutinho.

Four Ways to Minimize The Impact of Coronavirus on Your Business