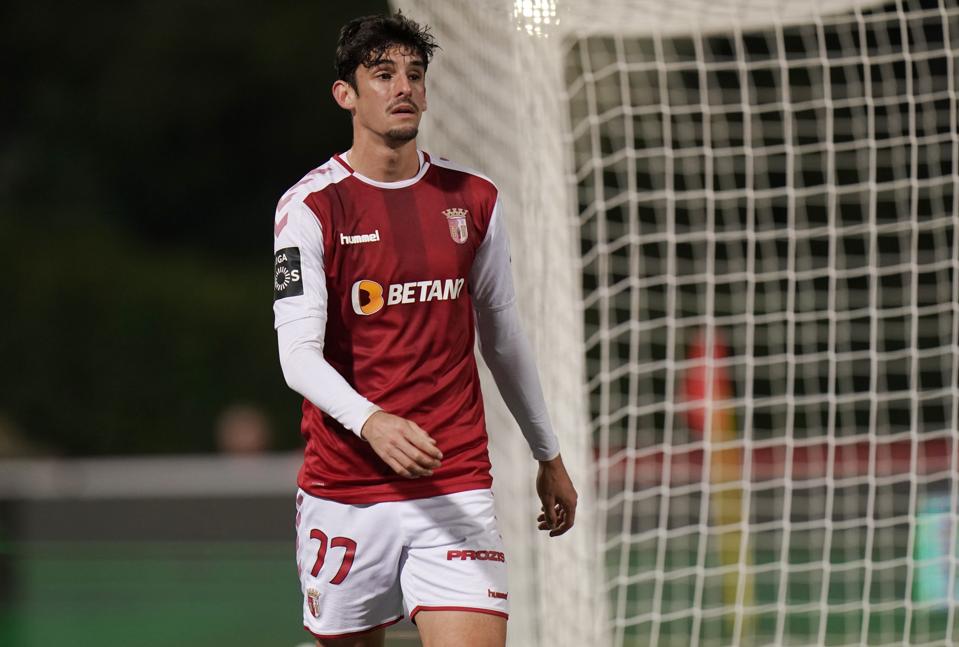 FC Barcelona can close in on a young Portuguese star dubbed the ‘new Cristiano’ Ronaldo, according to reports, and may do just that before the close of the January transfer window.

Early on Thursday morning in Spain, Catalan daily SPORT broke the news that the Blaugrana had facilitated a deal for Francisco Trincao, who currently plies his trade at Sporting Clube de Braga.

With less than 48 hours to run until deadline, the Blaugrana’s need for new reinforcements has been well-documented.

A ‘9’ to substitute the injured Luis Suarez has been top priority, but with negotations breaking down for Valencia’s Rodrigo, the Catalans have been forced to look in other pockets of Europe for fresh acquisitions.

Courting the Brazil-born Spain since the beginning of last week, Rodrigo even arrived in Barcelona to take a medical but an agreement could not be struck with his employers only willing to loan him out if an obligatory purchase clause of $66mn was included.

Yesterday, Sky Sports made a bold claim that a $110mn offer had been lodged for Richarlison but refused by Everton. And, then, later on Wednesday evening, the UK media giant alleged that a $23.5mn propsal was put forward for Chelsea’s Willian.

Laughed off by club sources to Mundo Deportivo and SPORT, the latter attests it has inside information detailing how 20-year-old Trincao could be close to making a dream move to the Blaugrana.

This is because, as per Tomas Andreu, Barcelona made sure they included a preferential option on the U21 international when agreeing to sell B team striker Abel Ruiz to the NOS Liga outfit. Joining initially on an six month loan, there was originally an obligation to buy Ruiz for $11mm when this had run its course.

Fancied by Ronaldo’s current club Juventus, who wished to secure his servies for $16.5mn, Trincao has been valued as high as $33mn. Yet it is believed that along with Ruiz, $22mn would be enough for the La Liga champions get the deal over the line.

Scoring two goals in eleven league matches this season, Trincao is able to play all three positions on the front line.

Currently deployed on the right wing, where he scored his side’s opener in a 1-2 away win over Moreirense last night, the comparisons to Lionel Messi’s generational rival Ronaldo have derived from their shared physical attributes and the area of the pitch in which they operate.

Mental Toughness in the Workplace: 5 Things to...

What Larry Kudlow Learned From JFK On Economic...

How Four Late-Night Comedy Shows Signed Off For...

No Seat At The Table For Restaurants: CARES...