Breaking
ESBC Major Updates: Tons Of Heavyweight Greats Added...
5 On-Demand Courses To Help Develop Your Leadership...
How to Run Nonprofit Marketing Ads
Entrepreneurs Are Bringing Transparency To Home Buying And...
Best Incentive To Get Vaccinated: Money, Messaging, Or...
Page Level Query Analysis at Scale with Google...
How A CIO Can Align IT With Business...
Blogger of the Month: Jo, Girl Eats World
6 Things Women In Business Know That Men...
How to Use First-Party Data for Ad Personalization
Pressing Reset—Putting A Fallen Unicorn Back On Its...
How We Went Viral: Promoting Content with Influencers,...
Blame Olympic Record Price Tag For Return To...
Apple iOS 14.5 Release: Should You Upgrade?
How to Come up with Podcast Topics and...
Why Gaming Gear Company Razer Launched A $50...
Home Business FC Barcelona Search Dutch League To Sign Talents Of Tomorrow
Business 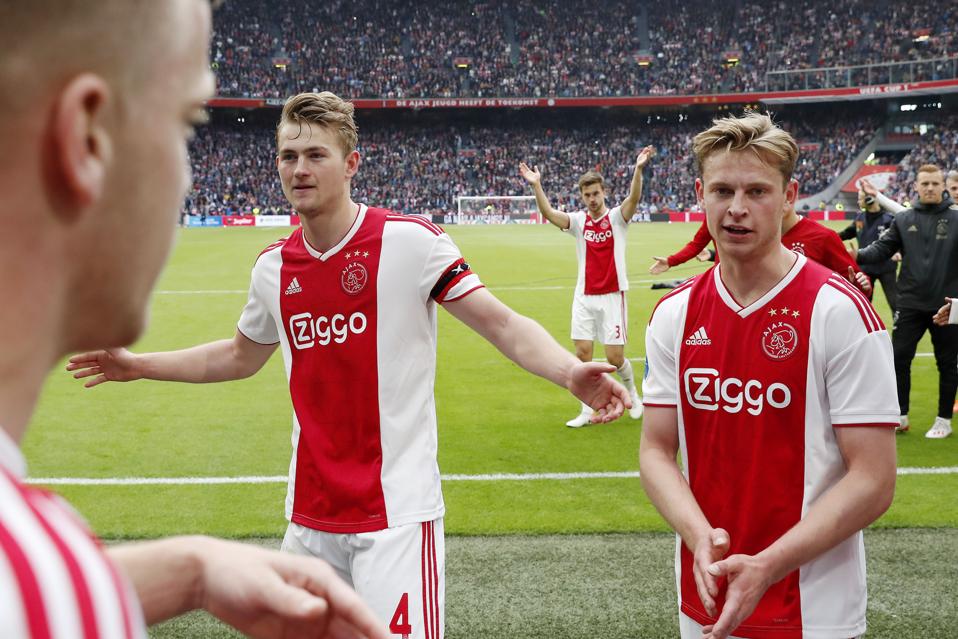 (L-R) Donny van de Beek of Ajax, Matthijs de Ligt of Ajax, Joel Veltman of Ajax, Frenkie de Jong of … [+] Ajax during the Dutch Eredivisie match between Ajax Amsterdam and FC Utrecht at the Johan Cruijff Arena on May 12, 2019 in Amsterdam, The Netherlands(Photo by VI Images via Getty Images)

FC Barcelona boast a rich history of signing top talents from the Eredivisie.

And then, almost a quarter of a century before this, a certain Ronaldo Luis Nazario de Lima formerly of PSV Eindhoven. Putting on arguably the greatest individual season seen in the game with 47 goals in 49 outings, his sneaking off to Inter Milan in a world-record transfer in 1997 stands among the Catalans’ biggest failings.

Most important from these two mentioned Dutch giants, however, were the captures of Ronald Koeman, who scored the winner in Barça’s first ever UCL triumph in 1992, and the man who oversaw that victory and reimagined the club’s whole philosophy and style in Johan Cruyff, after donning the Blaugrana in the 1970s. 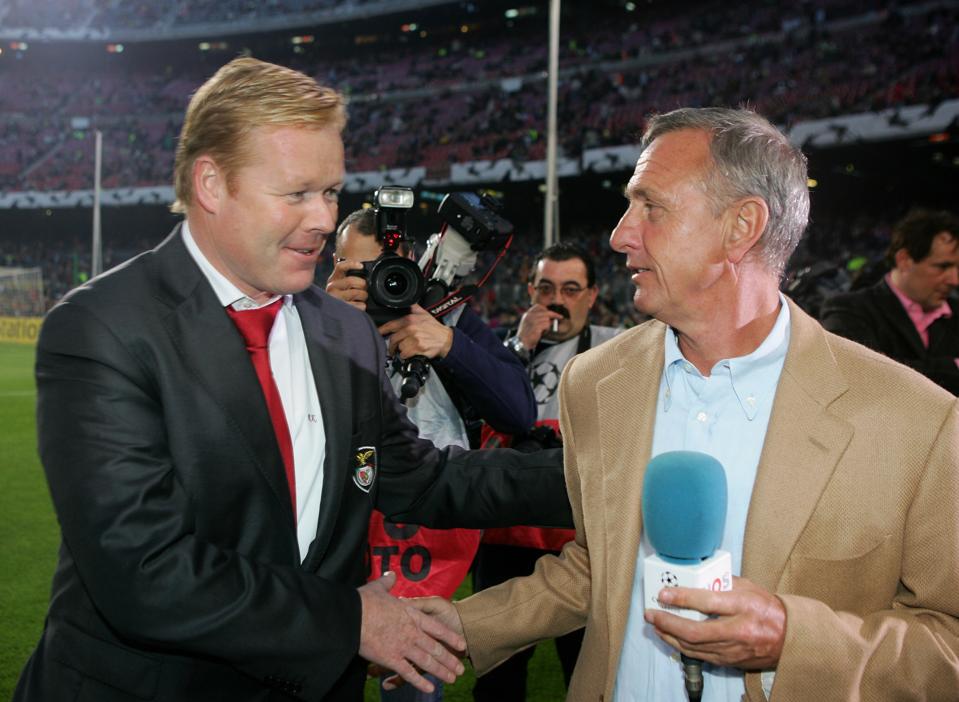 Back in the present, according to Mundo Deportivo, FCB have again “put their magnifying glass” on the Netherlands’ top flight with the summer window fast approaching.

The top three targets, as Gabriel Sans writes, are Donyell Malen of PSV plus Myron Boadu and Calvin Stengs at AZ Alkmaar. All aged between 19 and 21, they have already made appearances for Koeman, tipped as a future Barcelona manager one day, in the senior national team too.

Sans alleging that the trio has been scouted on numerous occasions both for their clubs and when wearing orange, there are no doubts that they have a “Barça level” of quality despite the focus remaining on Inter Milan’s Lautaro Martinez. 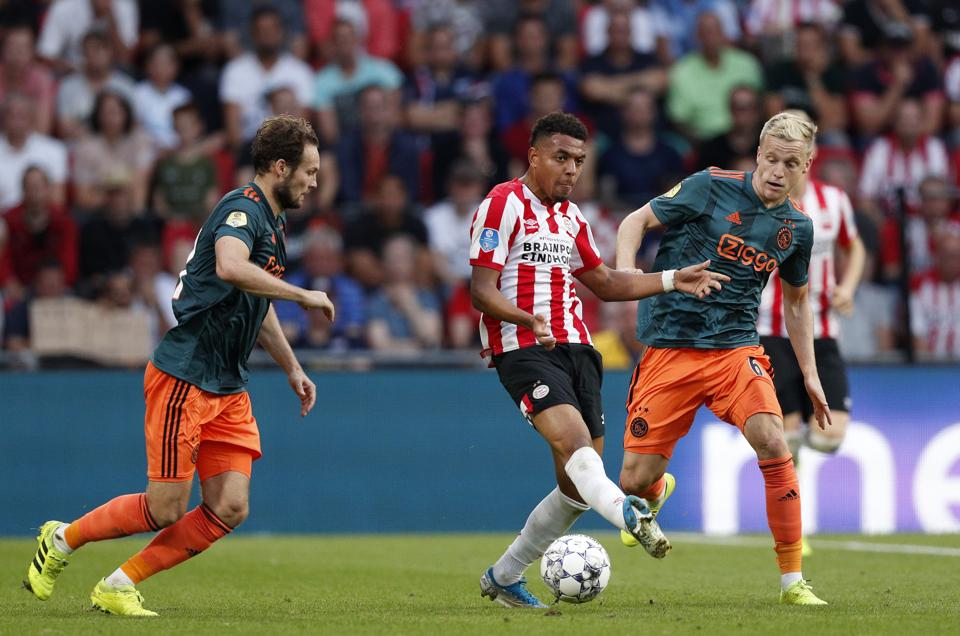 (L-R), Daley Blind of Ajax, Donyell Malen of PSV, Donny van de Beek of Ajax during the Dutch … [+] Eredivisie match between PSV Eindhoven and Ajax Amsterdam at the Phillips stadium on September 22, 2019 in Eindhoven, The Netherlands(Photo by VI Images via Getty Images)

Out of the pack, Malen has been followed closest and comes with a price tag of $55mn that Premier League PINC rivals Arsenal would be prepared to meet.

Boadu, a more natural center forward, who netted on his debut for Holland and became their first player born in the 21st century to do so in a 5-0 rout of Estonia, costs almost half that at $27mn, though, and has a contract until 2023.

Last but not least, and also cheapest, is Stengs. Similarly tied down for a further three years by AZ, he can be acquired for just $22mn.

In order not to see these values rocket, then, as in the case of Martinez now available for $120mn over a unique two-week period at the beginning of July, Barça must act swiftly.

During an economically sensitive time when the coronavirus pandemic has forced a whole rethink of the La Liga holders’ reinforcement strategy, the land of Total Football provides more affordable alternatives valued much more reasonably than the Argentine and PSG star Neymar.