Breaking
How to Run Nonprofit Marketing Ads
Entrepreneurs Are Bringing Transparency To Home Buying And...
Best Incentive To Get Vaccinated: Money, Messaging, Or...
Page Level Query Analysis at Scale with Google...
How A CIO Can Align IT With Business...
Blogger of the Month: Jo, Girl Eats World
6 Things Women In Business Know That Men...
How to Use First-Party Data for Ad Personalization
Pressing Reset—Putting A Fallen Unicorn Back On Its...
How We Went Viral: Promoting Content with Influencers,...
Blame Olympic Record Price Tag For Return To...
Apple iOS 14.5 Release: Should You Upgrade?
How to Come up with Podcast Topics and...
Why Gaming Gear Company Razer Launched A $50...
Technical SEO Implementations to Increase the Impact of...
30 Brilliant Ways to Market Your Eco-Friendly Shopify...
Home Business FC Barcelona Stars Want Kluivert To Replace Setien As Boss, Claims Report
Business 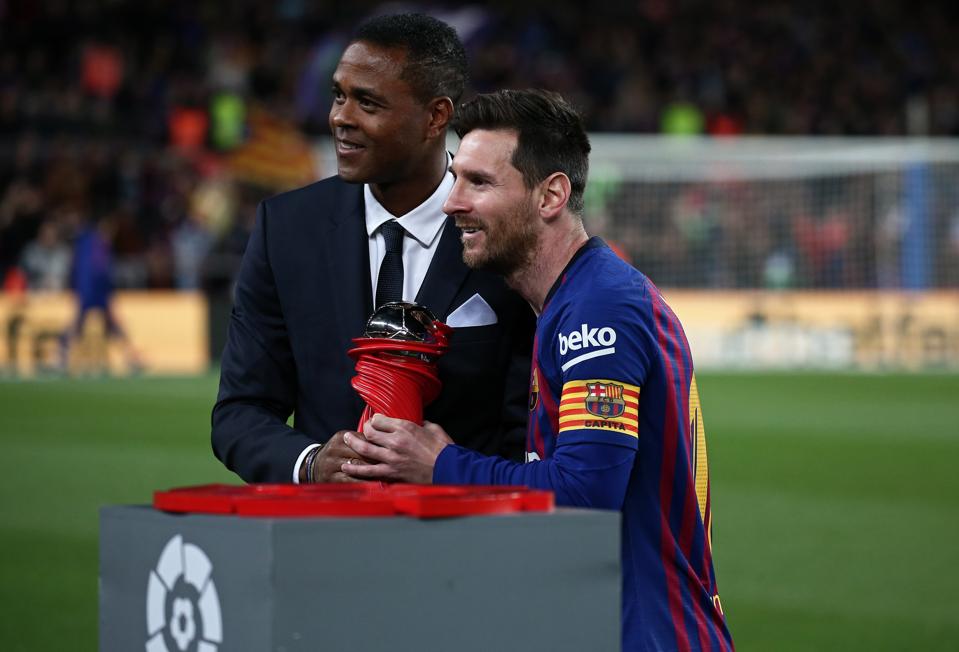 Leo Messi voted best player of the month of March during the match between FC Barcelona and Atletico … [+] de Madrid, corresponding to the week 30 of the Liga Santander, played at the Camp Nou Stadium, on 06th April 2019, in Barcelona, Spain. (Photo by Joan Valls/Urbanandsport /NurPhoto via Getty Images)

FC Barcelona’s stars want Patrick Kluivert to replace Quique Setien as manager, according to a report.

On Sunday morning, Mundo Deportivo leads with a front page splash on its newspaper where within more details are provided of the sensational development.

A club legend with 122 goals in 256 games donning the Blaugrana shirt as a player, in addition to scoring Ajax’s winning goal in the 1995 Champions League final, Kluivert has the pedigree that is respected by the locker rooms heavyweights referred to by local press as the “sacred cows”.

Wasting no time to appoint him, Cristina Cubero understands that there is a possibility “that Kluivert is Barça coach in the next Champions League [match]”, and this is news that “has gone down well” among the likes of Lionel Messi.

“Kluivert is a true standard-bearer for the Barça model, capable of stirring up the dressing room and giving it precisely what Messi was demanding: intensity and character,” Cubero writes further – a reference to the Argentine’s scathing attack on the team following the 1-2 loss to Osasuna that handed Real Madrid the La Liga title.

“Kluivert is the leader on the bench that Barça lacks,” she continues, “the coach who has been a high-level player wearing the Barça shirt and who knows how to face every situation.”

While Kluivert’s relationship with the aforementioned sacred cows is “excellent”, his role overseeing the La Masia academy as a director means that he is “perfectly” acquainted with “the young talents that the club has been incorporating into the first team” and who are seen as its future.

He has been very protective of 17-year-old whizzkid Ansu Fati, who bears a story “very similar” to his own coming up through the ranks in Amsterdam at Ajax. Furthermore, it is also believed he would be capable of developing Frenkie de Jong and extracting the form that is expected of the budding midfielder.

A polyglot who speaks Dutch, German, English, French, Italian and Portuguese, Kluivert is also admired by Pep Guardiola, who once described him as his favorite ‘9’.

After two stints at FC Twente and with the Curacão national team in South America, he is now ready to make the leap to the big time.

Now, though, the final decision rests with president Josep Bartomeu, who could dismiss Setien as early as the turn of the week or even this evening after Barça have played their last domestic game of the season against Alaves.

Has Europe Signalled The Beginning Of Privacy Law Self-Isolation And Lockdown?