Breaking
Looking To Improve Efficiency In Your Business? Here’s...
AI and machine learning for business
How Social Media Changed the World
Shopify: The Pros and Cons
Should your business go green?
Expanding Your Business Into Spain: What You Need...
Essentials For Your Office Coming Out Of COVID-19
What Can Marketers Learn From Digital Cults?
Why NASA’s James Webb Space Telescope Will Never...
Increasing HR Effectivity and Efficiency through Software Solutions
The Difference Between Building A Startup In Bull...
Fluor Corp Ranked Among Today’s Top Shorts
Common Pitfalls to Look Out for When Buying...
Will the Olympics go ahead this year?
Pack Up the Big Top: Insights from MozCon...
Best WordPress Themes for Blogs
Home Business FC Barcelona Versus Real Sociedad Preview, Team News And Starting Lineup
Business 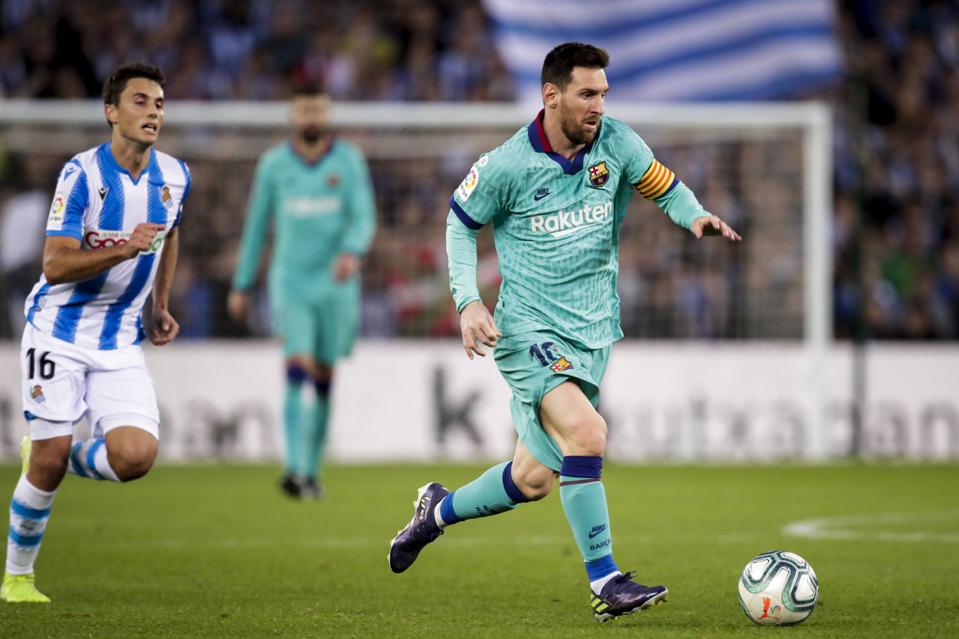 Back on the horse, then.

On Saturday at the Camp Nou, FC Barcelona must dust themselves off following their 2-0 loss to bitter rivals Real Madrid in El Clasico last weekend and beat Real Sociedad to maintain pressure at the top.

Now a point behind Los Blancos, the Blaugrana can sneak two ahead and gain a psychological advantage this afternoon prior to Zinedine Zidane’s men facing Quique Setien’s old club Real Betis in the late match on Sunday evening.

High in spirits this week after progressing to an all-Basque Copa del Rey final against their own eternal foes Athletic Bilbao, the visitors are arguably in better shape morale-wise but must come to the Catalans’ fortress, where they have not been beaten since 2018, to try and get a result.

With only 15 senior team members to choose from, Marc-Andre Ter Stegen will start in goal protected by a back line of Jordi Alba, Clement Lenglet, Gerard Pique and Nelson Semedo from right to left – which must shut down ‘New Zlatan [Ibrahimovic]’ Alexander Isak.

Flat in El Clasico and burned on Mariano’s stoppage team sealer, Samuel Umtiti is likely to be snubbed in favour of compatriot Lenglet while the injured Sergi Roberto provides no positional rivalry to Semedo. Still not 100%, a half-fit Alba still has much more to offer than a sub-par Junior Firpo.

In midfield, the loss of Arthur, missing training with an ankle knock, is a huge blow to Setien, who could be without his charge for two to three weeks according to AS’ Javier Miguel.

This means that with one eye on controlling Madrid loanee Martin Odegaard in the centre of the park, a trident of Sergio Busquets as pivot behind Frenkie de Jong and Arturo Vidal is most likely in a 4-3-3.

A place on the left hand side of attack therefore freed up, it will be disputed by Ansu Fati and new signing Martin Braithwaite, with SPORT fancying the Danish international to get the nod.

For the thousands in attendance and the millions watching around the world, it is hoped that a spectacle even slightly resembling the thrilling 2-2 draw in December at Anoeta will be put on.

Falling behind to an early Mikel Oyarzabal penalty given through a dubious hand ball call, Barça responded with goals from Griezmann and the crocked Luis Suarez either side of the half time whistle before a 62nd minute equaliser from Isak set up a nailbating, end-to-end final half hour.

At his prematch press conference yesterday, Setien said that he “always awaits the best team” from his opposition and therefore expects just that from Sociedad.

Forced to apologise for the conduct of his foul-mouthed assitant Eder Sarabia during El Clasico, “embarrassingly” picked up by local broadcaster Movistar’s cameras, it will be interesting to see how the mangerial pair command FCB’s stars if the chips are down.