Breaking
Channel Your Impact With a Self-Directed IRA
How To Reach Your Customers This Holiday Season
10 Key Steps That Will Help You Make...
TikTok Will Limit And Label Videos Prematurely Claiming...
How A British Graphic Novel Publisher Is Leading...
Dow Plunges 600 Points On Third Day Of...
According To A New Study, Patients Are Texting,...
How To Keep Your Digital Media Assets Secure
Be Better At Building Your Team
Saying No In Order To Grow
Sherwin-Williams Stock Is Unlikely To Sustain Its Current...
How Successful Entrepreneurs Use The Law Of Attraction
Elon Musk’s Economics 101 Course For Japan
Raoul Pal: Gold Investors “Will Flip To BTC”...
Dating Site Takes On Social Media Dangers Of...
Trump Campaign Website Hacked In Cryptocurrency Scam
Home Business FC Barcelona Will Not Sign ‘9’ To Focus On Lautaro Martinez, As Willian Jose Deal Falters
Business

FC Barcelona Will Not Sign ‘9’ To Focus On Lautaro Martinez, As Willian Jose Deal Falters 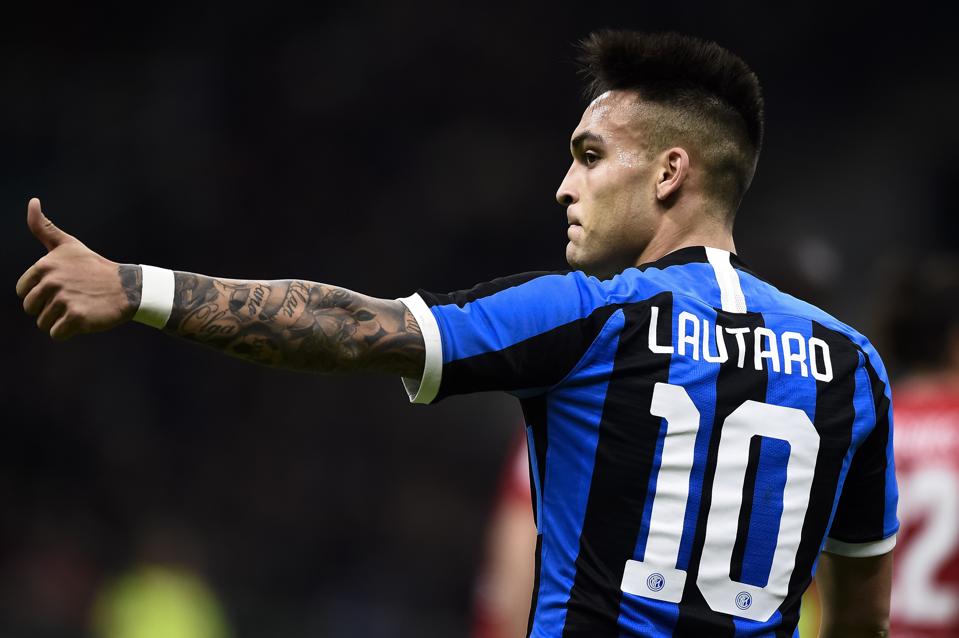 It has been a long, drawn-out saga even by FC Barcelona’s standards.

When Luis Suarez was revealed to have picked up a practically season-ending knock following the Spanish Super Cup semi final loss to Atletico Madrid early last month, the Blaugrana first focused on firing coach Ernesto Valverde and replacing him with Quique Setien.

Following the 61-year-old’s first match in charge, a 1-0 win over Granada on January 19th, it was decided among top brass that a stand-in for the Uruguayan would be procured. And even before deadline day, the Catalans had decided to call off plans to recruit the likes of Valencia’s Rodrigo and Arsenal captain Pierre-Emerick Aubameyang as their respective asking prices hovering around the $66mn mark were deemed too high.

Setien attempted to quell panic in his press conferences by insisting that winger Ousmane Dembele, set to return this month after not featuring since November, when he pulled up with a hamstring issue against old club Borussia Dortmund in the Champions League, was in essence a new signing that would bolster his squad in their attempts to retain La Liga and become continental kings yet again.

Though he wasn’t to know, Setien spoke too soon on this as last week, the 22-year-old pulled up in training with what was later reveled to be a tear to his other, right hamstring.

Setien currently operating with squads of just 14 senior team members and four youngsters from the B reserves, the development has left Barca further depleted but hope has been offered by a unique ruling that could allow them to acquire a new player despite the transfer window having already closed.

Dembele’s absence confirmed to be of a period extending five months – six to be exact – the club will now request authorisation from the Spanish football federation and then receive 15 days to snap up a substitute who must already be based in Spain and will not be able to feature in the Champions League.

Willian Jose of Real Sociedad a top target, it is now believed that the Catalans have been priced out of a deal for the 28-year-old Brazilian. His release clause set at $77mn, an offer of half that sum has been put forward while the Basque outfit are holding out for at least $55mn.

Unable to raise such funds, Barca are ready to pull the plug on Jose, so claim media outlets in Catalonia, and would prefer to land someone able to play on either flank akin to Dembele as opposed to an out-and-out striker.

This may explain why, according to Angel Torres, the president of Barca’s opponents on Saturday in Getafe, no offer has been forthcoming for his shortlisted centre-forward Angel Rodriguez. And, simultaneousy, perhaps opens the door to Alaves’ Lucas Perez, who though currently operating as a lone striker, can function anywhere on the front line and is buyable for just the $16.5mn needed to activate his release clause.

Finally, Mundo Deportivo allege that FCB’s cold feet on Willian Jose can be explained by the fact that interest has never wavered on Inter Milan’s Lautaro Martinez.

Available for $121mn during a unique two week period in July, every penny possible needs to be saved in order to bring one of world’s football’s hottest young talents to the Camp Nou prior to the 2020/2021 campaign.

Sporting director Eric Abidal already voicing his admiration for the Argentine, there is also a fresh $200mn assault on Neymar to consider too.