FDA: Listeria Yet Again, Here Is A Sushi, Salad, And Spring Roll Recall 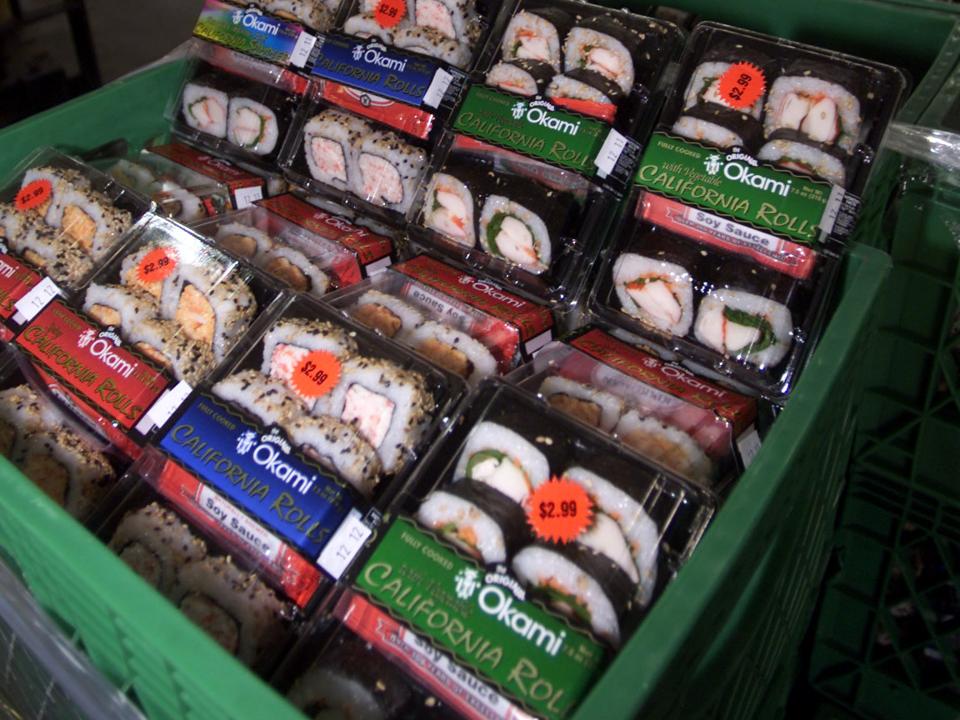 They may take our broccoli florets, our chicken, and our sausage products, but they will never take our sushi. Well, actually Bravehearts, apparently they can. The latest recall for Listeria monocytogenes contamination involves sushi, otherwise known as happiness.

The recall doesn’t include all sushi, which would be a disaster wrapped in disaster. No, according to the U.S. Food and Drug Administration (FDA), the recall by Fuji Food Products, Inc., specifically encompasses their ready-to-eat sushi, salad and spring roll products that they distributed and sold along the East Coast and Upper Midwest. You may not recognize Fuji Food products if you tend to not pay attention while devouring sushi, except to avoid accidentally eating your hands. But these products also go by the brand names of Trader Joe’s or Okami and can be found at stores like Trader Joe’s, 7-Eleven, Walgreens, Food Lion, Hannaford, Giant Eagle Supermarkets, Porkys, Bozzuto’s, Supreme Lobster, and Superior Foods. Not exactly Michelin star sushi, but sushi nonetheless.

Here is a CBS This Morning report on the recall:

The recall is the result of a routine FDA inspection finding the Listeria bacteria in the company’s Brockton, Massachusetts, facility. There’s nothing routine about finding Listeria in your food. I’ve already written about Listeria multiple times because Listeria contamination of food has happened multiple times already this year. There was, of course, the sausage fest recall. the man o’ Mann veggie recall, and the chicken bleep recall. I am not going to even mention the avocado recall because no one wants to hear about an avocado recall. Recalling both avocados and sushi in the same year would be like recalling both love and happiness.

Listeria is the opposite of love and happiness, unless you happen to love fever and diarrhea. As I have written before for Forbes, if Listeria gets into your bloodstream or central nervous system, things could get even worse. An infection in the central nervous system ends up killing 20% to 30% of people. If you are pregnant, Listeria can lead to miscarriages, premature deliveries, stillbirths, and infections in the newborn if you happen to be pregnant.

Therefore, if your product is involved in the recall, don’t just roll with it. Return it for a refund or at least chuck it in the trash. Because if you get sick with Listeria, you won’t just have a rice day.

Fizdale Close To Speechless After Knicks Trounced By Nuggets

Why Jet Cards Should Be Part Of Your...

It’s Time For An Internet-For-All Public Utility (Before...