Breaking
Mayo Clinic And Kaiser Permanente Invest $100 Million...
MozCon Virtual 2021 Interview Series: Wil Reynolds
Commodity Spikes May Be Close To Peaking, Futures...
Benefits of Responsive Web Design
ESBC Major Updates: Tons Of Heavyweight Greats Added...
5 On-Demand Courses To Help Develop Your Leadership...
How to Run Nonprofit Marketing Ads
Entrepreneurs Are Bringing Transparency To Home Buying And...
Best Incentive To Get Vaccinated: Money, Messaging, Or...
Page Level Query Analysis at Scale with Google...
How A CIO Can Align IT With Business...
Blogger of the Month: Jo, Girl Eats World
6 Things Women In Business Know That Men...
How to Use First-Party Data for Ad Personalization
Pressing Reset—Putting A Fallen Unicorn Back On Its...
How We Went Viral: Promoting Content with Influencers,...
Home Business Fears Of Coronavirus Temporarily Shut Some Brewery Taprooms While Others Get Creative To Comfort Scared Customers
Business 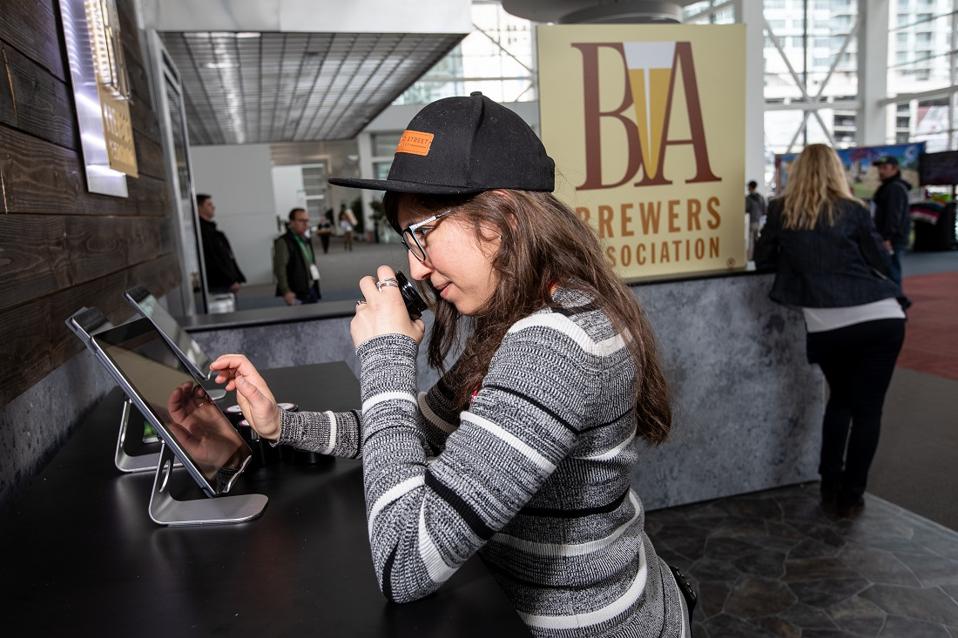 While preparing for the worst of SARS-CoV-2 (coronavirus) to hit the United States, craft beer professionals are vehemently arguing two opposing points of view: should breweries, bars and restaurants temporarily shut down their public areas and tell their patrons to stay home or should they stay open – with precautions – and encourage their customers to support small businesses by going out and shopping local.

With influential entities like the Brewers Association, National Beer Wholesalers Association, James Beard Foundation and Cigar City Brewing making the obvious choice to cancel upcoming annual events that draw many thousands of stakeholders, drinkers and dollars from around the world, independent businesses are announcing extremely disparate decisions over how they plan to handle safety, employment, cash flow and public perception in the weeks and months ahead.

In some places, brewery and bar owners don’t have a choice. The Belgian government — though not legislating in America and so far dealing with 566 confirmed cases and three deaths — could set a global precedent with its mandate to close of all of the European brewing capital’s bars and restaurants until April 3.

Closer to home, the mayor of Jersey City, New Jersey, is imposing a 10 PM curfew on all liquor-selling establishments and is asking venues with a higher than 25-person capacity to take attendance at the door “until we see a decrease in confirmed NJ cases,” he tweeted.

Some – mostly larger – craft and former-craft breweries are temporarily closing their taprooms to comply with local government restrictions on large gatherings.

According to the October online beer publication, “Cincinnati’s Rhinegeist followed the directive of Ohio Governor Mike DeWine, who banned large gatherings over 100 people.”

Destination breweries like New Belgium Brewing, Dogfish Head Craft Brewery, Founders Brewing and Guinness’ Open Gate Brewery in Baltimore have taken the initiative to do the same. The article also credits Maryland’s Flying Dog Brewery for being among the first to close to the public, along with Long Island’s Greenport Harbor Brewing, which news reports claim has an employee testing positive (but curiously hasn’t directly addressed the matter or updated its hours or event schedule on its website or Facebook/Twitter feeds).

In Seattle, considered the epicenter of the disease since 32 people started dying in the region on February 29, Eater magazine is keeping a running online list of establishments that are closing either temporarily or permanently because of the virus. Though it’s not tracking breweries, Eater does note that the Tankard & Tun restaurant, located above Pike Brewing and owned by the same family, will close temporarily while the brewery’s onsite pub remains open.

In a statement sent to media and followers, Pike says, “We have transitioned as many of our staff as possible to The Pike Pub, and all affected team members are on standby unemployment until we reopen… Our spacious 12,000-square-foot pub allows guests to dine on-site while maintaining their distance from others.”

For those breweries staying open, “social distancing” is becoming a catch-phrase. Prestonrose Farm & Brewing in Arkansas is closing its indoor areas and directing diners to outdoor tables that staff has pushed wide apart.

“We want social distancing to not only be discussed and encouraged but facilitated,” states a sign posted around Prestonrose.

Among other nationwide breweries choosing to stay open – at least for now – creative forms of hygiene are becoming key. Brewery owners and managers are congregating on the popular Craft Beer Professionals Facebook page to ask for and provide advice and links on which surface sanitizers work best and joke about using strong chemicals from the brewery to clean bathrooms. Massachusetts’ Tree House Brewing, which will pay ongoing sick leave to employees who are or live with someone who’s high-risk and is asking high-risk and symptomatic patrons not to visit, has purchased hefty disinfectant sprayers and hired an outside company to sanitize all gift shop surfaces with hospital-grade cleaners.

Across social media, decision makers are swapping stories with one another and sharing stories with patrons about cutting down on touch points where hands can transmit the virus. Changes to menus include laminating, printing one-use disposable versions and foregoing them altogether in favor of chalkboards. Some breweries are asking diners to bus their own tables and replacing glass with recyclable plastic cups (and explaining the subsequent price increases to customers), while others are removing games and the pencils and paper they normally give to patrons to write down the beers they want to order in a tasting flight.

According to an email distributed to its mailing list Friday, Philadelphia’s Yards Brewing is “discouraging all personal contact within our brewery and taproom, including shaking hands.”

Tree House, famous for its limited releases and long lines to buy them, is taking extreme precautions. Not just is it discouraging its seating area as a “place of congregation,” rescheduling food trucks and selling only cans for the foreseeable future, it’s building a wall with a hinged window to minimize contact during to-go transactions and marking spots on the ground so buyers can stand in a straight line and at an appropriate distance apart while waiting; banning cash; and asking buyers to bring their own pens to write on order cards.

“One thing is for sure,” writes a Tree House co-owner in a deeply heartfelt open letter to the community: “This is not going away without clear and decisive action from all of us.”

But a few feet is far from enough social distancing for some people. So instead of inviting the public in to relax over a few beers, a lot of breweries are trying to keep sales up by making it easy to make money from customers who feel safer taking their orders to go. In order to reduce time spent standing in line, Prestonrose is amping production of easy-to-make meals, and Pike’s statement contains links to two third-party food delivery services.

In Bristol, Connecticut, Better Half Brewing’s manager is thinking about offering a free cookie or appetizer along with every Grub Hub food delivery, and according to Rebecca Ryman, owner of Wallenpaupack Brewing in Hawley, Pennsylvania’s 17,000-foot facility, “We are staging to-go orders for pick-up in the portion of the taproom that is closed and using a different entrance for that.”

Many breweries are pushing gift cards for future use, encouraging growler sales and considering beer delivery, though others argue that it’s unfair to expose employees or third-party contractors to potentially unsanitary glass growlers and/or house-bound beer lovers who’re self-quarantining.

None of these options provide any solace, however, for the Texas brewers who’ll never be able to recoup the money they expected to make off the 15,000 attendees coming to San Antonio for the Craft Brewers Conference (CBC), a traveling industry convention planned for mid-April and cancelled Thursday. Combined with the cancellation of the major South by Southwest festival, scheduled for nearby Austin in mid-March, the virus is proving devastatingly disappointing for brewers in a state that’s only recently started receiving significant craft beer investment.

A “heartbroken” Texas Craft Brewers Guild Tweeted Friday that although its board members understand and respect the Brewers Association’s (BA) decision, “Texas craft brewers have been greatly looking forward to the opportunity to showcase our Texas hospitality, and our quality beers, with our industry peers from across the world.”

The Tweet thread continued to talk about the breweries within a few hours’ drive of San Antonio that have planned events, increased production to meet anticipated taproom crowds, and brewed special releases, including an official collaboration for CBC. That’s not to mention the lost promotional opportunities and time spent getting ready for private-event rentals, official bus tours, and a welcome reception designed to spotlight 60 craft breweries from around the state.

While it’s possible the BA planning committee will try to schedule another Texas CBC as soon as possible, that won’t likely take place for at least a few years.

So, like any brewery owner worrying about the inevitable fallout from a global pandemic that’s forcing 7.7 billion people to stop traveling and start social distancing, the guild offers this resigned attempt at some solace in its last two Tweets on the matter: “For all of the CBC attendees from across the world who were looking forward to visiting San Antonio this year to check out what the TX beer scene has to offer, we hope you’ll consider making another trip as soon as you have an opportunity. As we’ve been known to say down here… Y’all come back now, ya hear?”