Breaking
How, When And Where You Can See A...
New $2.2 Trillion Stimulus Bill Proposed—$1,200 Stimulus Checks,...
Why Do We Do What We Do? Manipulating...
California Brand Goes All-American As Amazon Bans Foreign...
The 3 Best Analytics Companies of 2020
Senator Cory Booker: Supporting Small, Minority-Owned Businesses Will...
Trump’s Taxes Are Finally Leaked—What’s Next?
Washington Heats Up Ahead Of First Presidential Debate:...
Systemic Racism Leads To Disparities In Nursing Home...
The New Regular: Prepare For Conflicts Of Customer...
Web VR.0 – Have VR Websites (Finally) Arrived?...
This Next Evolution Of E-Commerce Did $18 Billion...
This Next Evolution Of Ecommerce Did $18 Billion...
IRS Taxes Most Lawsuit Settlements And Exact Wording...
13 Questions To Answer Before You Die
Just Launched: Long-Term Stock Exchange For Companies Building...
Home Finance Fed Holds Press Conference: Rates Stay At 0% And Other Key Takeaways
Finance

On Wednesday, Federal Reserve Chairman Jerome Powell held a press conference following the central bank’s two-day policy meeting. All eyes were on the economy as NASDAQ NDAQ hit an all time high of 10,000 the previous day and the S&P 500 returned to pre-pandemic levels. 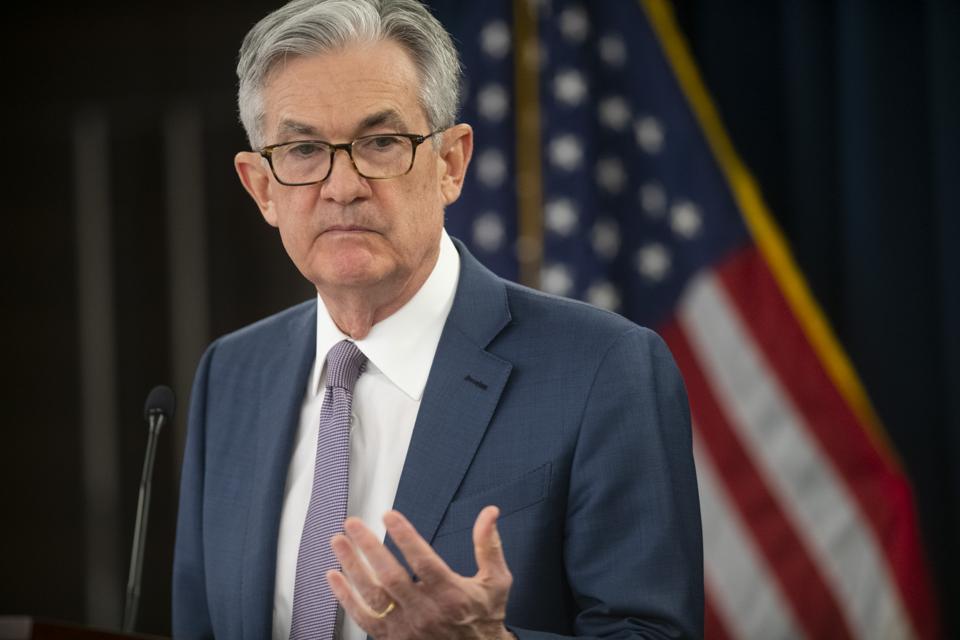 If you missed the press conference, the following are the key takeaways.

The Fed maintains that there was no impending recession and that the pandemic brought with it an unprecedented shock to the economy.

“I would just say this: this is the biggest economic shock, in the US and in the world, really, in living memory. We went from the lowest level of unemployment in 50 years to the highest level in close to 90 years, and we did it in two months. Extraordinary. And appropriately, the response from fiscal authorities has been large, forceful, and very quick by the standards of these things.”

The positive unemployment report in May might have been a fluke.

Yet, he doesn’t believe the Fed has any role in it…

African-American unemployment rate is at an all-time low.

“We do track all unemployment by all kinds of, as you know, all kinds of different demographics, including particularly the African-American unemployment rate, which reached an all-time low since the data started being kept in the modern era. Of course, it’s still close to twice the white unemployment…The rising joblessness has been particularly severe for lower wage workers, for women, for African Americans and Hispanics.”

Upcoming second quarter reports will be even worse.

“The decline in real GDP in the current quarter is likely to be the most severe on record…Full recovery is unlikely to occur until people are confident that it is safe to re-engage in a broad range of activities.”

We are nowhere near hitting inflation.

“Weak demand, especially in sectors most affected by the pandemic is holding down consumer prices. As a result, inflation has fallen well below our symmetric 2% objective.”

“…FOMC participants expect, as their baseline expectation, no rate increase at least through 2022… We’re not even thinking about, thinking about raising rates.”

This is different from the Great Depression

“[I don’t] think that the Great Depression is a good example or a likely outcome or a model for what’s happening here at all. I really don’t. And there are just so many fundamental differences. First, the government response has been so fast and so forceful, the origin was quite different. This was an economy that was in a healthy place.”

“Do whatever we can and as long as it takes to provide some relief and stability, to ensure the recovery will be as strong as possible and to limit lasting damage.”

Powell kept comments on the public markets at a minimum.

“There have been gains in market function, although not fully back to where you would say they were, for example, in February, before the pandemic arrived. We don’t take those gains for granted though.”

Critics of the Federal Reserve have pointed out that much of the stimulus, quantitative easing, as well as low interest loans, have been put back into the stock market to bailout Wall Street and big corporations, rather than benefiting those on main street. This created a further disassociation between the stock market and the real economy.

Proponents of the digital asset community have expressed concern over inflation, although it seems the contraction in the credit markets coupled with growing demand for dollars globally is keeping inflation at bay for the foreseeable future.

Several data points signal that the American economy was entering a recession prior to the pandemic reaching. On October 11, 2019, in response to a slowing U.S. economy and ahead of reports of any virus in China, the U.S. decided to issue additional stimulus into the economy of approximately $60 billion in Treasury bills per month. This was the first alarm that our economy might once again be experiencing a liquidity crunch.Just a few weeks earlier, on September 18th, the Fed lowered the overnight rate from 2% to 1.75%, and again from 1.75% to 1.5% on October 30th, indicating that we could be heading towards a recession.

One thing everyone can agree on is – these are truly unprecedented times. The Federal Reserve is steering a ship in unknown and turbulent waters, and creating new tools with each setback, opening the door for new and alternative solutions to the current financial system.

Should You Test That? When to Engage in SEO Split Tests

NASCAR And The Decision That Changed The Race For The Presidency