Breaking
Meet Onesimus, The Enslaved Man Who Saved Boston...
How to Build a Sales Forecast Model
The Unexpected Ways COVID-19 Has Forever Changed What...
Google Posts: Conversion Factor — Not Ranking Factor
How To Bring Your Branding To Life
Coinbase Cofounders And Investors Poised To Rake In...
How To Stay Top-of-Mind For Your Audience With...
Employers: Eight Red Flags You May Not Notice...
The benefits of videoing in the automotive industry
Ted Lasso, Other Apple TV+ Shows Arriving Soon...
How To Incorporate Click And Collect Into Your...
What Are Working Capital Loans and When Should...
The 10 Biggest Trends in Entrepreneurship to Look...
Clubhouse Has Grown 10X In Two Months. Here’s...
Here’s Why Tyson Foods Stock Looks Undervalued At...
How To Maintain Client Relationships During Long Projects
Home Finance Federal Inmate Describes Her COVID-19 Diagnosis And Treatment
Finance

On September 1, 2017, Kimberly Hoisington pled guilty to conspiracy to distribute cocaine in Vermont federal court. U.S. District Judge Christina Reiss sentenced her to 85 months in federal prison, a tough sentence for Hoisington who was a 56 year old woman. 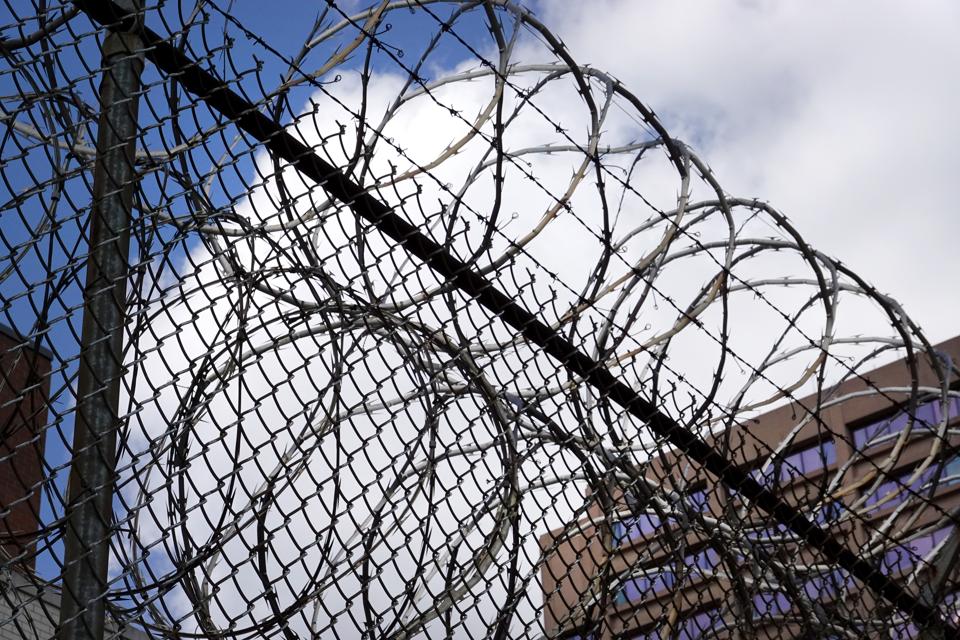 COVID-19 in a federal prison in Danbury, CT …. one woman inmate’s firsthand experience.

Hoisington is now identified as inmate #11764-082 and is scheduled to be released from FSL Danbury, a low security institution in Danbury, CT in November 2021. Now 61 years old, Hoisington can see the light at the end of her sentence and hopes to be home in early 2021 to begin serving the remainder of her sentence at a halfway house in Vermont, near her home. That may still happen, but the start of 2020 was one of the most traumatic of her life.

Hoisington is located in a Low security prison, which is to say that it is not a camp. The living conditions there are like an open dorm with cubicles with a bunkbed. However, Lows are secured facilities with guards patrolling the parameter.

Through emails and interviews with close friends of Hoisington, I re-created here experiences.

On Wednesday, March 26, Hoisington was not feeling well and asked to be excused from two programs in which she was participating. She waited to see someone at the medical clinic on the prison campus but after 45 minutes of sitting there, she believed the physician’s assistant had been called to another part of the prison or had forgotten about her appointment. She returned to her bunk.

After laying in her bed for a few hours, she felt worse and went to see a corrections officer and a lieutenant who were on duty. She informed them about her earlier missed appointment and that she was feeling worse. They told her to go lay back down, which she did. Later that evening she called her mother and told her that she had not been feeling well. Her mom encouraged her to go get help.

By 1:00 am on Thursday, Hoisington could not sleep and had such bad chest pains that she went again to the office of the corrections officer on duty. The officer called the FCI’s command center, located at the larger men’s prison on the same complex campus, and after assessing that Hoisington condition seemed serious, he called an ambulance.

There are certain policies for transferring inmates to the local hospital for care Jack Donson told me in an interview. Donson worked as a case manager for over 23 years at the Bureau of Prisons (BOP). Donson said, there would likely be at least two corrections officers with anyone moved from a low security prison to a facility in the community. “The person would also be handcuffed and have ankle shackles tied together with a belly chain around the waist which connected the two.”

When Hoisington arrived at the hospital her temperature was almost 102 F and they tested her for COVID-19. At the time, the prison had no testing kits available. Twenty-four hours later, they admitted her and took her to the 9th floor where they delivered her the test results, “you’re positive for coronavirus.”

The hospital moved Hoisington to the West Wing of the 9th floor [Hospital not named] where other COVID-19 patients were being placed. She had her own private room, mostly out of security reasons, shackled and handcuffed with chains to the bed. The ankle bracelets kept cutting into her skin and bones, causing bruising. Nurses were kind enough to cut the ends off of a pair of sock and placed them under steel shackles to relieve some of the pressure. Two corrections officers served as sentinels outside of her door.

Hoisington, who was in the hospital for 7 days before she was released, said that she was unable to take a shower the entire time but was allowed to use warm water and a sponge to wash as best she could. “It was difficult because I was shackled to the bed,” Hoisington said. With that said, Hoisington told me that the hospital staff was “absolutely wonderful, professional and compassionate. I couldn’t ask for better care from the hospital staff.”

Hoisington received no visits from family while she was in the hospital but said that she did ask for an attorney visit or call but neither was given.

When Hoisington was returned to prison, she was placed in one of the two isolation rooms at the prison. The other isolation room was occupied by another woman inmate who was sick, also with COVID-19. The room was small, just large enough for the small single-bed made of plastic with a one-inch thick mattress, no pillow. The isolation room had a toilet but no way to flush as it was controlled by the corrections officer from the outside. Hoisington said that the toilet was flushed only a few times each day. The place was cold and there were no books or television. For six days Hoisington lived in isolation with occasional visits from staff to check on her wellbeing.

Hoisington said of the 13 days that she was out of the unit, she was given one five minute phone call that was on speaker phone that a corrections officer supervised. She called her mother to tell her what had happened to her over the past two weeks since they had talked.

When Hoisington finally returned to general population on April 7 when she had to wash her own laundry and bedding, as weak as she was from the virus. “When I found the strength, I went to see my unit manager to talk about being considered for compassionate release since I only have about 16 months to go,” Hoisington told me. She was told that she was not eligible because her security level was too high.

Hoisington is 62 years old and she told me that she also has chronic asthma, requiring the use of two prescribed inhalers.

“They threw away all my bedding and pillow while I was away,” Hoisington told me, “I have to request a new pillow and that might takes days or weeks.” Hoisington is still in prison at FSL Danbury.

FCI Danbury has a men’s facility, a women’s facility and a women’s satellite camp. Thirty-seven inmates and thirty-two staff have tested positive for COVID-19.