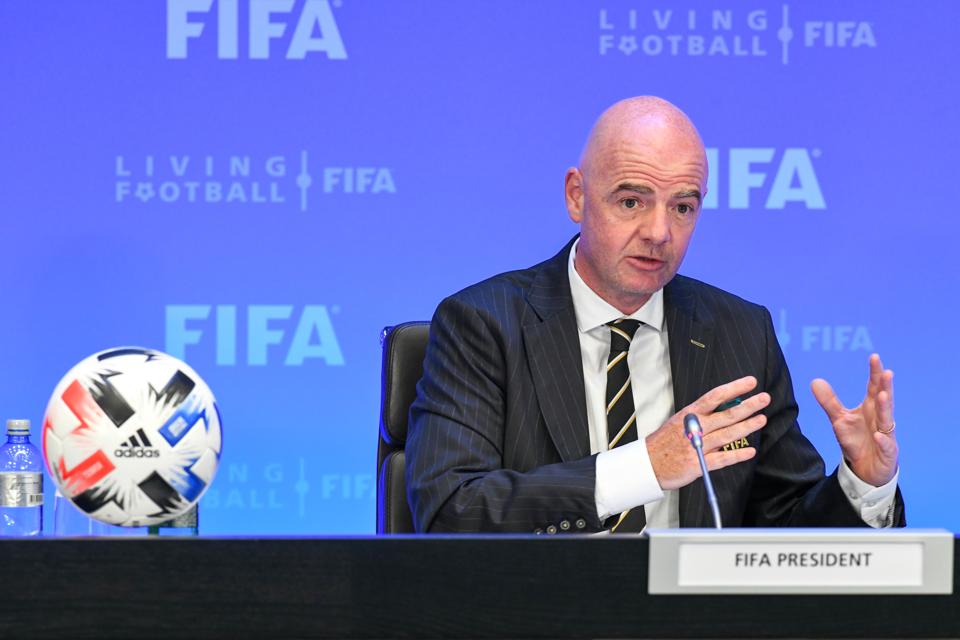 ZURICH, SWITZERLAND – JUNE 25: FIFA President Gianni Infantino speaks during a press conference … [+] after the virtual FIFA Council Meeting at the Home of FIFA on June 25, 2020 in Zurich, Switzerland. The virtual meeting, held behind closed doors due to the Covid-19 pandemic, included the bidding process and vote for the host of the FIFA Women’s World Cup 2023 (FWWC23) which was awarded to the joint bid of Australia and New Zealand . (Photo by Ben Moreau/FIFA via Getty Images)

In March, soccer went on lockdown. The global game could no longer escape the ‘once-in-a-lifetime’ pandemic and in a scenario unprecedented since World War II leagues around the world shut down. Suddenly, soccer was no longer the land of honey and milk, but a sport faced with the specter of a financial catastrophe. In a bio-secure way with disinfected balls, training bubbles and empty stadiums, the game was hurried back into action to avoid rebates from broadcasters.

Even so soccer’s financial future doesn’t look rosy. World governing body FIFA, however, could prove to be an exception and steer clear of a downturn. With no flagship competition this calendar year, the world federation has been less affected by the coronavirus shutdown.

Last week, FIFA even announced a Covid-19 relief fund of $1.5 billion that will be available to the football community through a system of grants and loans. “It is only possible thanks to the very, very healthy position of FIFA,” said soccer supremo Gianni Infantino.

In 2019, the world federation’s cash reserves soared to a record $2.7 billion and revenue climbed to $6.4 billion in the four-year period covering the 2018 World Cup. The financial results underlined FIFA’s robustness, not only weathering the deepest crisis in its history with FIFAGate in 2015, but even improving the balance sheet. At the end of the 2014 World Cup, FIFA’s reserves stood at $1.5 billion after generating $5.7 billion through the tournament in Brazil.

It has allowed FIFA to act on its promise that it has a duty to help out soccer during the coronavirus pandemic. As a consequence of the relief fund’s launch, the governing body’s reserves will plunge to about $1.6 billion, still a very healthy financial position for a not-for-profit organization. Previously, FIFA’s Finance Committee and the organization’s Council set the minimum level of reserves at $1.5 billion. 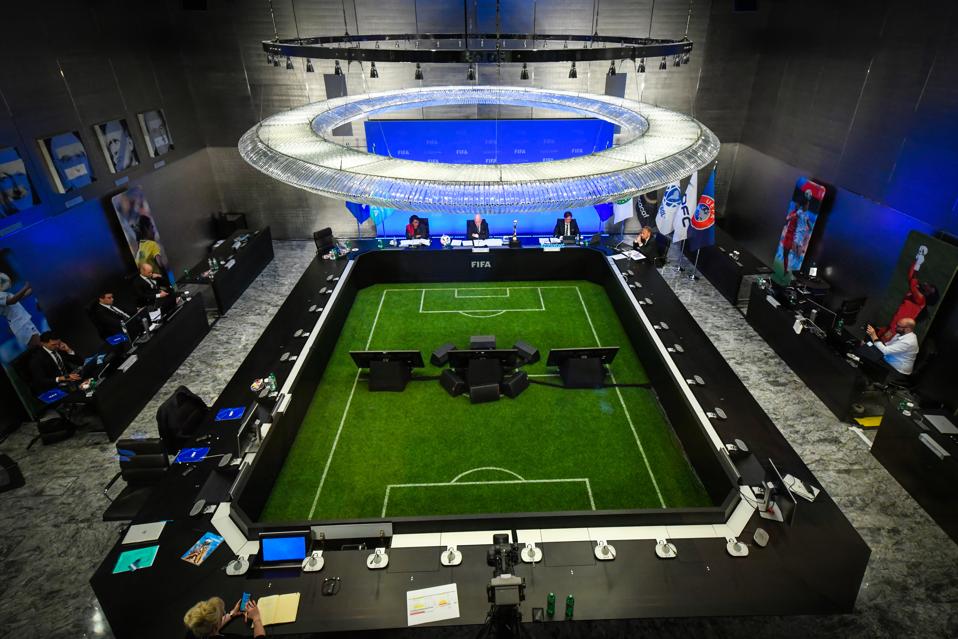 ZURICH, SWITZERLAND – JUNE 25: A general view of the press conference after the virtual FIFA … [+] Council Meeting at the Home of FIFA on June 25, 2020 in Zurich, Switzerland. The virtual meeting, held behind closed doors due to the Covid-19 pandemic, included the bidding process and vote for the host of the FIFA Women’s World Cup 2023 (FWWC23) which was awarded to the joint bid of Australia and New Zealand . (Photo by Ben Moreau/FIFA via Getty Images)

The fund comes on top of FIFA’s announcement in April that it would distribute $150 million in operational funding. All member associations will be given a universal solidarity grant of $1 million, with an additional $500,000 grant specifically for women’s football. Each confederation will also receive a grant of $2 million. In terms of loans, member associations will be able to apply for interest-free loans amounting to up to 35 per cent of their audited annual revenues. Loans will be between $500,000 and $5 million. Each football confederation will also be able to access a loan of up to $4 million.

Yet not even FIFA will come out of the crisis totally unscathed. Infantino’s expansionist vision for the future of the game may have received a severe dent as the sport will be constrained by economic realities. Firstly, FIFA has revised its revenue forecast down from $6.56 billion to $6.44 billion for the 2019-2022 cycle which will culminate with World Cup in Qatar, FIFA’s golden goose projected to generate a bumper profit of $1.69 billion. Secondly, the world federation also projects revenue will be down 48% in 2020 because of the coronavirus. This year total revenue will be $250 million down from the original projection of $484 million with the overall deficit projected to be $794 million.

Overall, the revised budget for this cycle at FIFA has changed little from the original budget, a sign that FIFA will weather another major storm.

Only One New Album Debuts On The U.K....

How To Avoid The Productivity Pitfalls Of First-Time...

Timo Werner: Where Is Next For RB Leipzig’s...