Breaking
The WFH Revolution: How Covid-19 Is Changing The...
eToro Announces Staking For Cardano And Tron
The End Of Third-Party Data — Finally
The Scientologist Billionaire Trying To Make A New...
Mission-Driven Fintech Kontist Shakes Up The Future Of...
What Can The Simple Fact That ‘We Exist’...
Stock Market: Here Comes October With Scary Tricks...
Farmers, College Students, And Food Banks Across The...
Thinking Of Writing A Book To Grow Your...
Microsoft Security Report Highlights New Sophisticated Threats From...
3 Steps To Help You Build Entrepreneurial Confidence
SMB Fintech Darling Kabbage To Be Acquired By...
Silicon Valley’s Next Target: The One-Person Business
The Small Business Code Of Ethics
President’s Remarks About COVID-19 At First Debate True...
FIFA 21 Gameplay: Liverpool Vs. Manchester United
Home Technology ‘Filmmaker Mode’ Offers A Cure For UHD TVs That Make Movies Look Like 80s Soap Operas
Technology 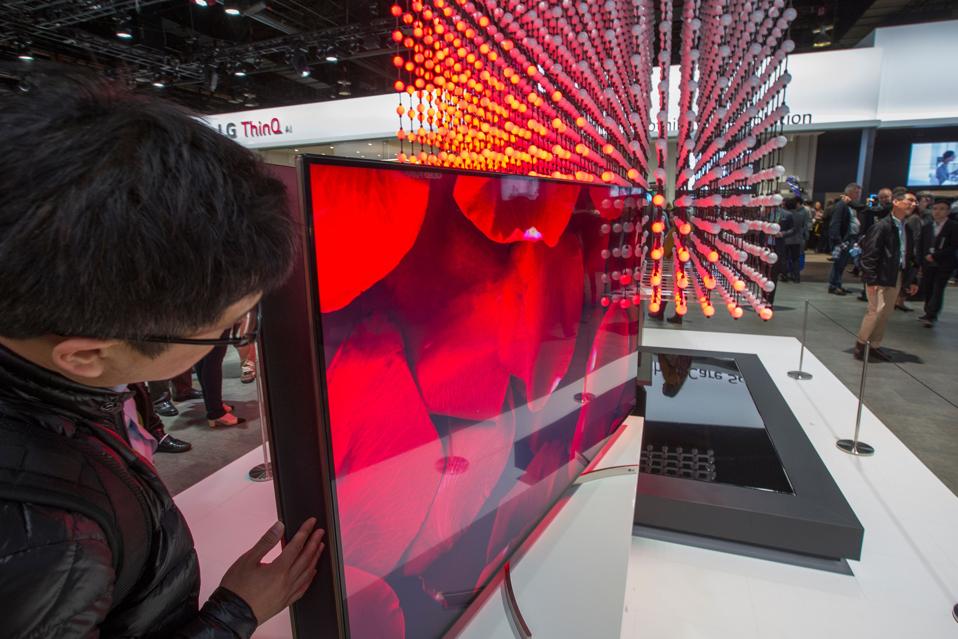 If you sprung for a UHD (4K) TV, you might have noticed how the default picture settings can make movies and TV shows look unnaturally flat, as if they were shot on low-quality videotape instead of rich film stock. Movie makers have noticed as well. Last year, Tom Cruise took to Twitter to help educate people on how to view Mission Impossible: Fallout without this unintended soap-opera effect.

To address this systematically, Hollywood and the consumer electronic industry created a technology specification for displays called “Filmmaker mode” to make it easier for consumers to view cinematic works with the depth and clarity that the directors and DPs intended. That effort just took a big step forward as several major professional organizations and consumer product giants threw their support behind the new initiative, according to an announcement from the UHD Alliance on January 6 at the Consumer Electronics Show (CES) in Las Vegas.

The culprit is a feature on high resolution televisions called Motion Smoothing, designed to upscale content originally shot at a lower framerate for presentation on wide-screen LCDs. It’s typically used to reduce blur in fast-moving imagery like sports, and can enhance the quality of certain kinds of programming. Unfortunately, it tends to “liquify” the picture by inserting extra frames, making films shot at 24 frames per second lose their crispness. Motion Smoothing can be disabled, but the feature is usually buried in the setup menu and not always obvious to consumers.

“Filmmaker Mode” is designed to make it easier for viewers to display movies on their UHD monitors without intimidating adjustments to granular picture settings. It automatically disables post-processing features such as motion smoothing, sharpening and noise reduction, which contribute to the “videotape” effect. It also preserves frame rate, aspect ratios and colors to prevent other distortions. It can be enabled automatically through metadata in the signal coming from broadcast, cable, OTT or disc, or manually through a button on the remote control. Viewers will have the option to enable Filmmaker mode or use the default settings.

The UHD Alliance announced yesterday that the Directors Guild of America, the American Society of Cinematographers and the International Cinematographers Guild have now signed on to this effort, along with LG Electronics, Panasonic and Vizio, who threw their support behind the effort in August.

Director Martin Scorcese, who chairs the Film Foundation, an organization dedicated to the preservation of cinematic works, also believes the feature will be helpful to viewers seeking to enjoy classic films at home. “With Filmmaker Mode, different works will be presented accurately as they were created and designed by the filmmaker. Filmmaker Mode is a long overdue and welcome innovation.”

In addition LG, Panasonic and Vizio, several other manufacturers announced at CES adding the feature to their 2020 models, including market share leader Samsung, as well as popular brand Philips. Among the top global brands, Sony and TCL are not currently listed as partners.

With 8K Super UHD now entering the top end of the consumer electronics market, and 16K on its way out of the lab, industry consensus around this technology will help viewers get the picture they’re paying for, without compromising the filmmakers’ intent or the cinematographers’ art.