Home Technology Finn Was Not Going To Tell Rey What You Think In ‘Star Wars: Rise Of Skywalker’
Technology

Finn Was Not Going To Tell Rey What You Think In ‘Star Wars: Rise Of Skywalker’ 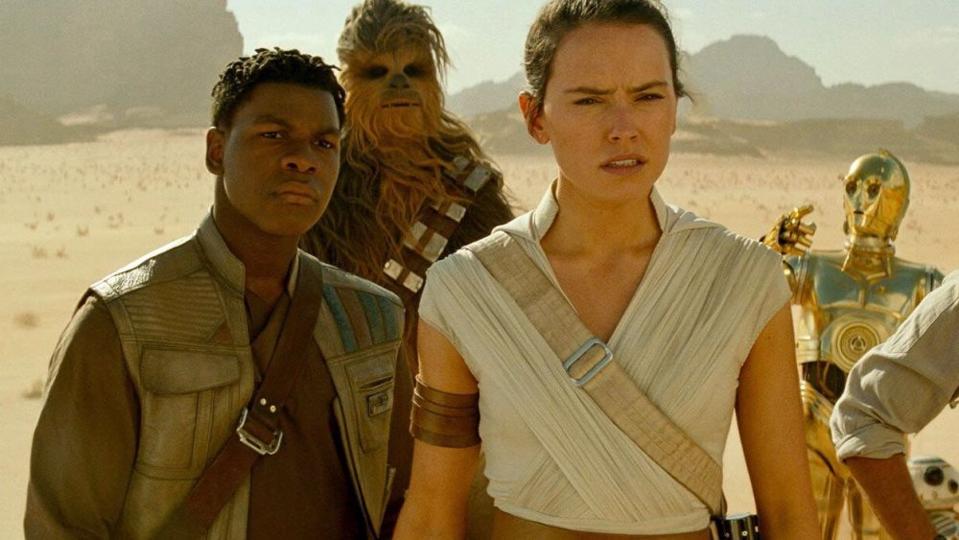 There are many odd moments in Star Wars: Rise of Skywalker, a film I enjoyed overall, but did seem like it was a bit cut and pasted together from several disjointed storylines.

One storyline that kind of got lost in the shuffle had to do with Finn and Rey, though to discuss it any further, we’re going to have to get into spoiler territory.

There’s one moment in the film where the entire group is getting sucked into quicksand and it seems like they could all imminently die. Finn uses this moment to express that there’s something he “never told Rey,” though the group gets sucked down before he can. Rey brings it up once they survive, but Finn says he doesn’t want to say it in front of Poe. Later, when Finn, Poe and Chewie are seconds away from being executed, Poe badgers Finn about it again who doesn’t want to talk about it, even if they’re literally about to die. And after that? It never comes up again.

If you’re like me, you interpreted this one way. That Finn was going to confess his love for Rey based on a longstanding crush he’s had on her pretty much since the first moment they met in The Force Awakens. Some people tell me that they think they’re relationship has always been platonic, but I think the series makes it pretty clear that Finn has a crush on Rey, even if she doesn’t feel like that about him and is oblivious to it. I am fully in support of Finn and Poe getting together too, but obviously that didn’t happen and that’s an entirely separate conversation for another day.

I was content to assume this is just what happened, that Finn was going to awkwardly profess his love for Rey but then didn’t actually do it and it was just dropped in favor of Rey getting her (brief) love story with Kylo in. I think there’s implied hope for the future as who knows what’s next for Rey and Finn and the others, but when the cast and crew started filling in the blanks, things get weird.

First, we have John Boyega saying outright on Twitter that Finn was not going to say that he loved Rey in that scene:

Then, we have reports that at a fan Q and A session, director JJ Abrams supposedly said that what Finn was going to tell Rey was that he was Force sensitive, something we see demonstrated in the film pretty clearly in a number of different moments.

Viewed as a whole, it seems very obvious that Finn had a crush on Rey from the start and this was at least at one point supposed to be a fun little moment where he almost admits that out loud. It’s pretty weird that this is never resolved, and also that Finn never really finished any of his outstanding romantic arcs, not with Rose, who was completely shelved after The Last Jedi in a pretty brutal fashion, and not with newcomer Jannah, whom seems to be a kindred spirit, even if nothing romantic happens between them in the film. And again, not with Poe, the dream for many fans who were hoping for a very prominent example of LGBT representation among the main cast. So really that’s four potential love interests for Finn that are never developed by the end of the film, and what should serve as effectively the end of his story, barring some future spin-off books. 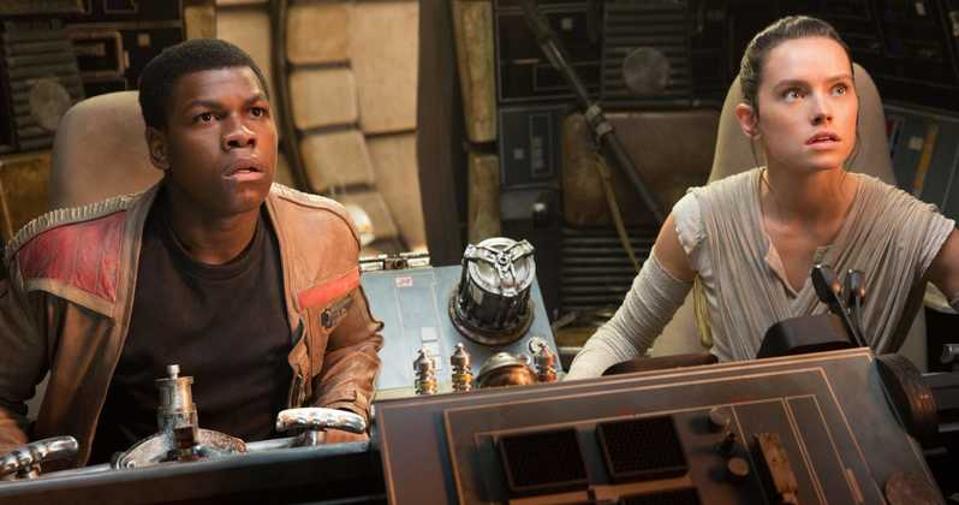 Saying that Finn’s big secret from Rey that he couldn’t admit in front of anyone else was that he was Force sensitive is just…nonsense. Why would he feel the need to hide that from Poe, one of his best friends? Why would that be something to be ashamed about? Why does he not seem to care about hiding it when he’s talking about the power of the Force in other scenes are speaking openly about the “feelings” the Force is giving him?

This, like many things in The Rise of Skywalker, feels like a sloppy retcon. Clearly Finn was supposed to have some sort of romantic interest in Rey when the saga started in Force Awakens. Then he and Rose were supposed to have a relationship in Last Jedi. Then in the end, he has literally four potential romantic storylines go nowhere, and the one that makes the most sense is being erased from existence by both the actor and director themselves. Pretty absurd if you ask me.

Anyway, I’m sticking with my own head canon on this one because Boyega and JJ just aren’t making sense with this explanation here. Interpret it how you will.

Can Applied Materials’ Revenue Grow 21% By 2021, Having Been Stagnant Over The Past 2 Years?