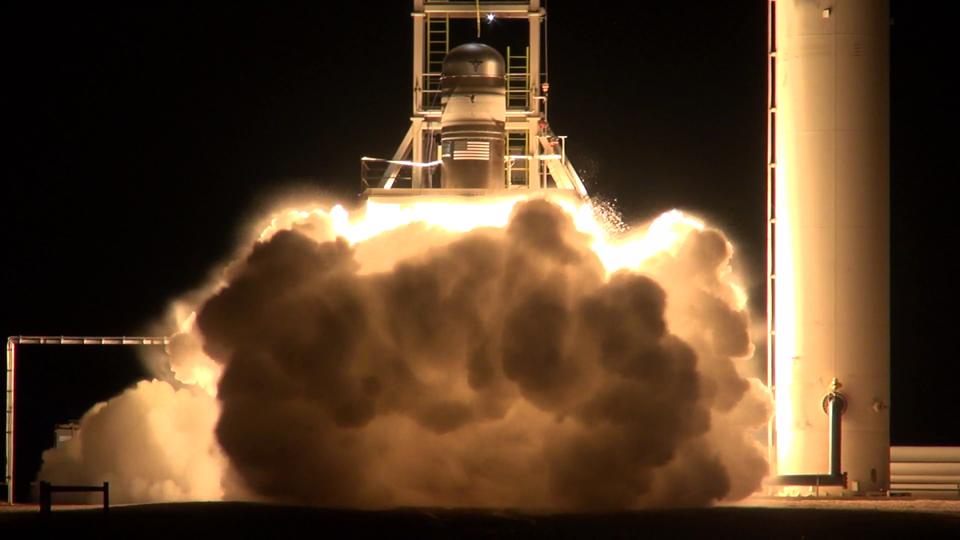 A fire broke out yesterday (Jan. 22) during testing of a new rocket stage built by Firefly Aerospace, the company has said.

The Texas-based firm is readying its Alpha launch vehicle for spaceflight, which Firefly is hoping to fly later in 2020 to target the fast-growing small satellite market.

But a fire broke out during the planned test, which was the first in a series of propulsion tests to examine the operation and design of the stage, according to a press release.

The four engines on the stage were supposed to briefly fire for five seconds. At 6:23 p.m. CST (7:23 p.m. EST), Firefly turned on the engines at its 200-acre test facility in Briggs, Texas, north of Austin. A fire broke out in the engine bay. Firefly aborted the test and a fire suppression system put out the flames. No injuries were reported and an investigation is ongoing.

“The cause of the anomaly is under investigation,” Firefly said in a press release. “Firefly engineers are reviewing test data from the stage to identify potential causes for the test failure, and Firefly will share results of that investigation once it is complete.”

The company added that nobody was in danger during the test, including personnel and the public. “Firefly is coordinating closely with local authorities and emergency response personnel as it investigates the anomaly and refines its contingency procedures,” the company said.

During the test, Firefly posted updates to Facebook and Twitter, according to media reports. The test updates, however, appear to be pulled offline as the investigation proceeds.

A Firefly spokesperson said that the company is not commenting at this time on the anomaly and the effect (if any) on Firefly’s launch plans.

Firefly had a busy 2019 that included a $52 million expansion with a new facility at Cape Canaveral Spaceport in Florida. It is planning to launch 24 Alphas a year and to target not only the small satellite business, but also NASA lunar opportunities. Firefly plans to send its first rockets aloft from Vandenberg Air Force Base in California.

One of Alpha’s unique features from other rockets is that its propellant tanks and structures are built with carbon fiber composites, to reduce cracks and leaks while storing supercooled liquid oxygen. The company is also working on a more powerful launch vehicle, called Beta.