Breaking
FIFA 21 Next-Gen Details Revealed For PS5 And...
Being Right At Being Wrong
Biden’s Stock Market Is Off To A Faster...
How To Avoid Social Media Misinformation Ahead Of...
The True Cost Of Losing An RFP
When Cause And Effect Converged With Humanity
Exxon Mobil Breaks Above 200-Day Moving Average –...
This Small Business Is Looking To Make America’s...
6 Questions To Practice Gratitude This Thanksgiving
Report: Facebook Tweaked News Feed After Election Day...
End The Month Strong With These Top Value...
From Maths Failure To Global Educator: How Knowledgehook...
What Will Customer Service Look Like In The...
‘Call Of Duty: Modern Warfare’ And ‘Warzone’ Season...
3 Lessons Startups Can Learn From Quibi’s Failure
You Aren’t An Imposter, No Matter What Your...
Home Business First China, Now India – U.S. Flight Disputes Grow To Air India’s Vande Bharat Repatriation During Covid-19
Business

After threatening to ban Chinese airlines, the U.S. could restrict Air India in retaliation for India blocking U.S. carriers from making a long-haul recovery. Just one round-tip to Mumbai on Delta Air Lines generates more capacity than five flights between New York and San Francisco.

Delta has yet to receive Indian approval to operate U.S.-India flights despite requesting permission a month ago. That delay has not hindered Air India, which is planning to operate effectively 53% of its normal U.S. schedule, according to the Department of Transportation.

“India has impaired the operating rights of U.S. carriers and has engaged in discriminatory and restrictive practices with respect to U.S. carrier services,” DOT said in an order.

To create leverage against India, the U.S. now requires Air India to request U.S. permission for each flight a month in advance, potentially allowing the U.S. to reject certain flights as it proposed to do with Chinese airlines, which resulted in China compromising with the U.S. 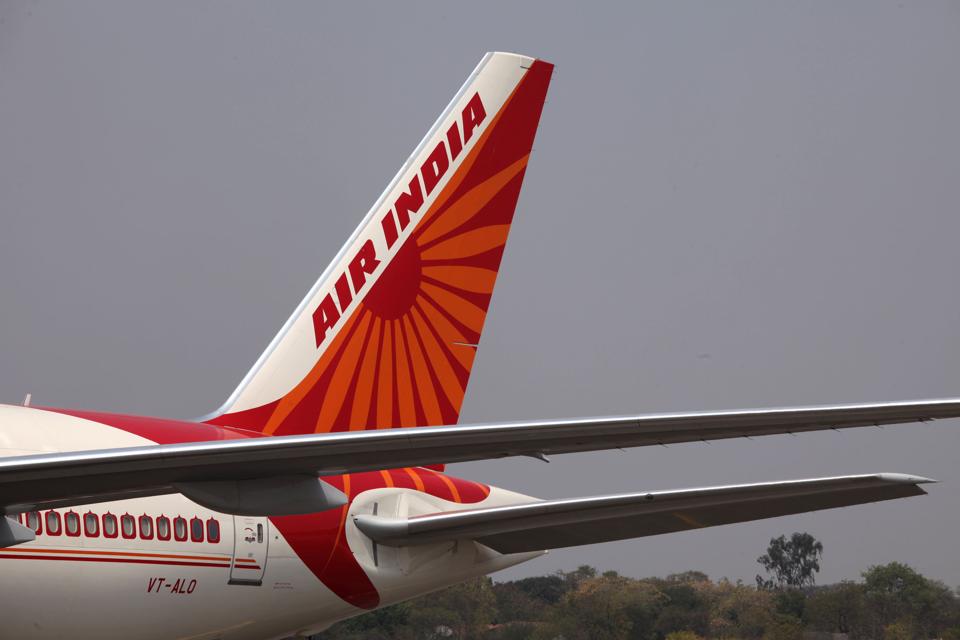 An Air India Boeing Co. 777 aircraft is displayed at the India Aviation 2010 conference in … [+] Hyderabad, India, on Thursday, March 4, 2010. The India Aviation 2010 exhibition, which showcases technology and equipment from the civil aviation sector, is held from March 3 – 7. Photographer: Namas Bhojani/Bloomberg

“This situation calls for close scrutiny, on a case-by-case basis, of Air India passenger charter operations,” the DOT said. Air India is the only Indian carrier flying to the U.S.

The U.S. wants to lift international coronavirus travel restrictions that are holding back American, Delta and United Airlines from recovering. While domestic flights may be increasing, a stronger rebound cannot occur without foreign regulations easing.

So far only Delta has requested Indian permission, DOT said, despite United Airlines having a larger and longer presence in India. 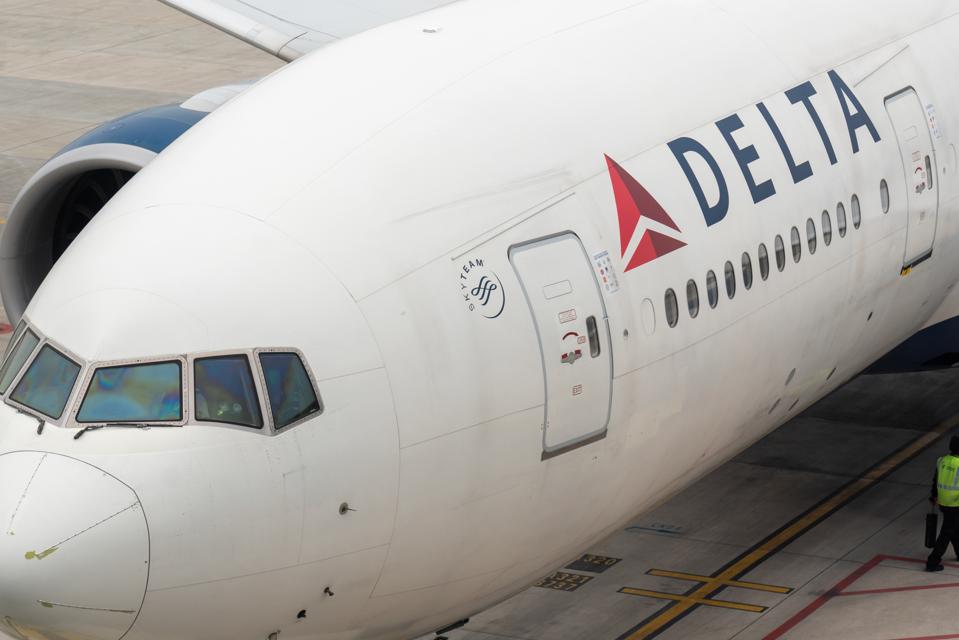 Delta resumed flights to India only last December with a New York JFK-Mumbai 777 service. American Airlines planned to return to India with a Seattle-Bangalore flight in October 2020, now pushed back to 2021. Delta and United are resuming flights to China, a far larger marker for U.S. carriers than India, but American is not.

A more helpful development for airlines would be the U.S. ending entry restrictions imposed on European nationals. U.S. airlines benefit far more from Europe – in capacity and profits – than India and China. But with depressed flying, every opportunity counts.

At issue is India banning regularly scheduled international flights but allowing charter repatriation flying under the “Vande Bharat” program. Charters are supposed to be limited in frequency and duration; even Lufthansa’s large-scale charters wrapped up in May. But Air India’s proposition is extensive.

Air India is planning 59 flights between June 10 and July 3, representing 53% of its pre-coronavirus schedule that had 34 weekly roundtrip U.S. flights, according to DOT. That pushes the boundary of what is a special charter versus slimmed-down normal offering.

“It appears that Air India may be using its passenger repatriation charters as a way of circumventing the Government of India-imposed prohibition of all scheduled” flights, DOT said. 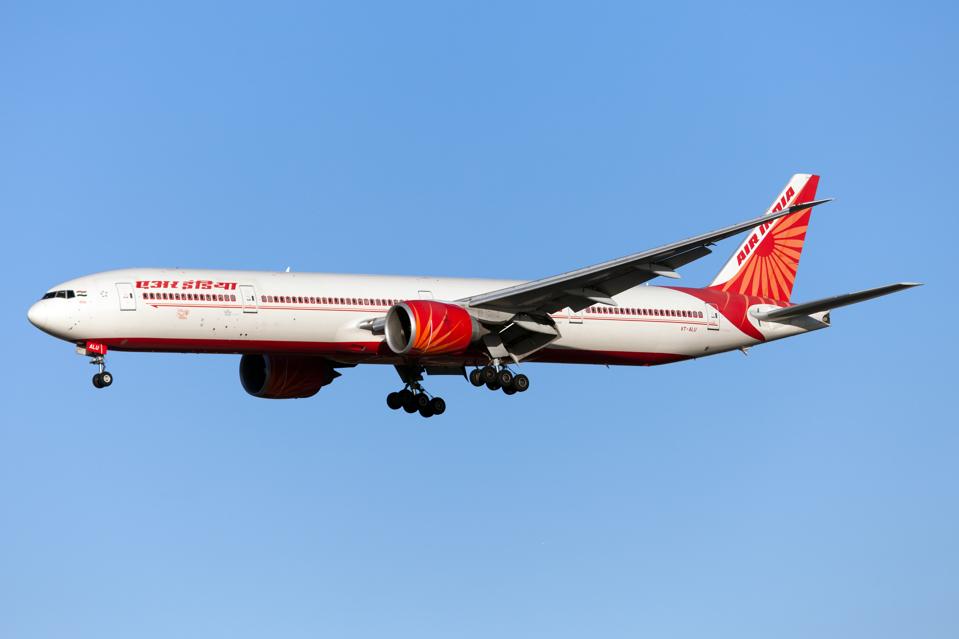 Air India is violating India’s own rules for charter flights, the U.S. suggests. India prohibits charter repatriation flights where airlines sell tickets to the passenger directly or via a distribution system like the ones used by travel agents or online booking sites. That would require a broker – or government – to buy the whole flight and then re-sell it to passengers.

But Air India is selling tickets directly to passengers for the flight from India to the U.S., prompting DOT to complain to Air India on May 19. Air India still maintains a list of repatriation flights, advising passengers to book them on the Air India website.

The U.S. lodged formal objections with the Indian government on May 28 via its New Delhi embassy but India has “thus far failed to remedy the situation.”

That “creates a competitive disadvantage for U.S. carriers,” DOT said, and upends the fundamental fair and equal opportunity prescribed for international flying.

China in contrast allowed scheduled flights – which India does not – but only one weekly service from any airline. The U.S. wanted its normal, full authorization. Chinese airlines also have large charter programs, which Reuters said irked the U.S. government since the charters were not subject to the limits on scheduled flights.

There is no set distinction on what constitutes a charter versus scheduled flight. China in past years clamped down on what it viewed as South Korean airlines using charter flights as de facto scheduled flights in order to increase their overall flying allotment.

Are We In The Mother Of All Bubbles?

8 Pitching Mistakes That Are Costing You The Best Brand Collaborations