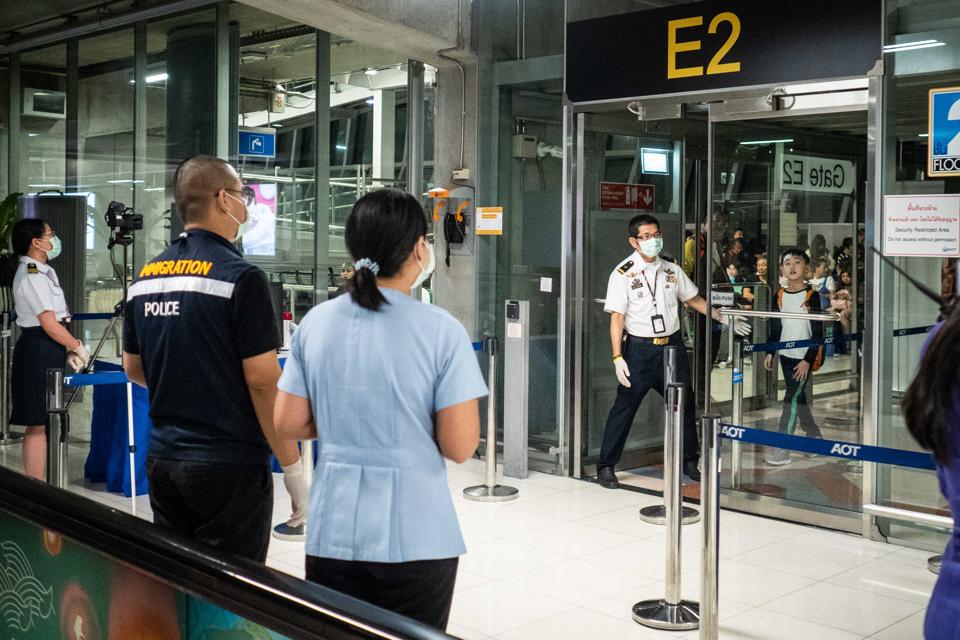 Public Health Officials hand out disease monitoring information after performing a thermal scans on … [+] passengers arriving from Wuhan, China at Suvarnabumi Airport on January 8, 2020 in Bangkok, Thailand. Thailand has ordered thermoscanning of passengers in four Thai airports, including Suvarnabumi, Don Mueang, Phuket and Chiang Mai. The disease surveillance and monitoring came about as a response to a severe pneumonia outbreak in Wuhan. (Photo by Lauren DeCicca/Getty Images)

Barney Stinson of the television show How I Met You Mother was wrong. New is not always better. The latest news about the mystery pneumonia outbreak in Wuhan, China, is that scientists may have found a new virus. And this novel virus may be what’s resulted in over 40 people sick and now a 61-year-old man dead.

Yes, this is the “mystery pneumonia” outbreak that I covered for Forbes last week. Now, as CBS News reported, according to lead scientist Xu Jianguo, it’s been “preliminarily determined” that a new strain of coronavirus may be the culprit. That would preliminarily suck because who wants yet another potential killer virus to worry about in this world.

Those of you who took Latin in high school so that you can talk to nobody may recognize that “corona” is the Latin word for “crown”. Coronaviruses are a family of viruses that have spikes on their surface that make them look like little crowns. Human coronaviruses are those that can infect humans, of which there are now seven types. 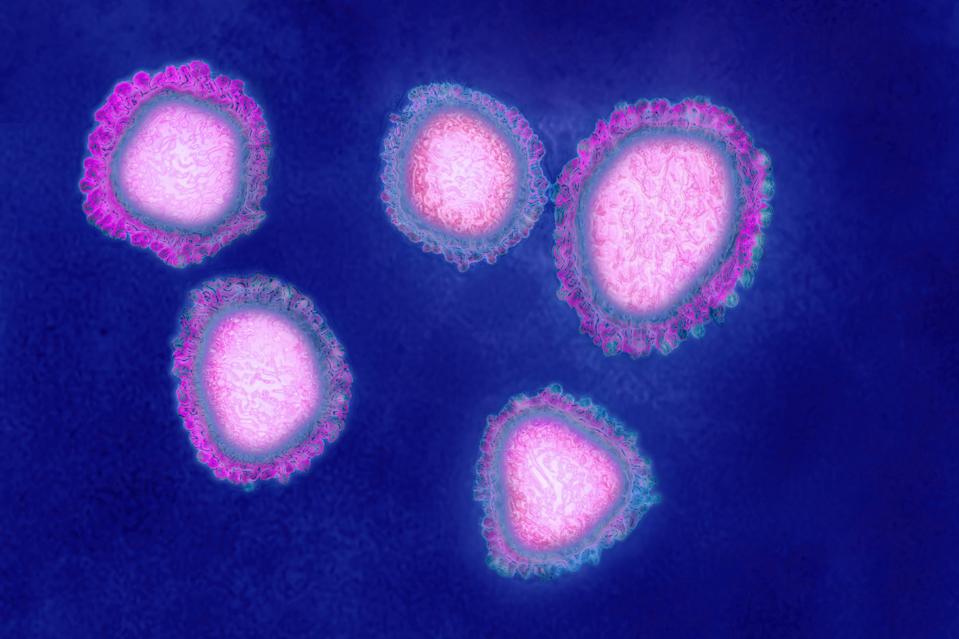 Here is what a human coronavirus looks like under a transmission electron microscope. (Photo by: … [+] Cavallini James/BSIP/Universal Images Group via Getty Images)

The most common types are two, 229E and NL63, that fall into the alpha subgroup, and two, OC43 and HKU1, that fall into the beta subgroup. These four may not be that easy to remember because their names sound a bit like droids on Star Wars. But that’s OK, because these four aren’t the most worrisome ones. They tend to cause mild-to-moderate upper respiratory illnesses that consist of cold-like symptoms such as a runny nose, cough, headache, sore throat, fever, and general feeling of blech. Occasionally, the infection can involve your lower-respiratory tract, resulting in bronchitis or pneumonia, which is more likely to happen when your immune system, heart, or lungs are weakened.

The human coronaviruses to worry much more about are the remaining three. One is the SARS-Coronavirus (CoV), which causes, you guessed it, SARS or severe acute respiratory syndrome. This was the beta coronavirus that sickened 8,098 people and killed 774 around the world during the 2003 SARS outbreak, according to the Centers for Disease Control and Prevention (CDC). The World Health Organization (WHO) estimated that the SARS-CoV killed 14% to 15% of those infected.

A second is the MERS-CoV, which causes MERS or Middle East Respiratory Syndrome. As the WHO describes, MERS was first found in Saudi Arabia in 2012. This beta coronavirus has also been quite a killer, with around 35% of those infected dying.

The third human coronavirus in this uh-oh group and seventh overall is this new coronavirus just found in Wuhan, China. It doesn’t have an official name yet and is listed on the CDC website as “Novel Coronavirus 2019.”

This new one is still a quite a mystery. The MERS-CoV and SARS-CoV, like other human coronaviruses, can spread from one human to another through contact with respiratory secretions. So far, word is that there haven’t been any clear cases of one human infecting another with “Novel Coronavirus 2019.” But that leaves many unanswered questions such how the heck did so many people get infected if there were no human-to-human transmission? Did everyone somehow interact with the same group of animals?

Plus, even if a virus can’t go from human-to-human now, who knows what may happen in the future? A new virus in a human can be a bit like a kid in an Apple Store. Once viruses has “broken” into a human, they can explore the human body and eventually learn how to jump from one human to another.

WWE Rumors: There Is More Reason To Believe Edge Will Return At Royal Rumble

Inside The Belt And Road’s Premier White Elephant:...

Three Marketing Mistakes B2B Firms Made In The...

The Netherlands Keeps Going Upstream When It Comes...

How Google-Sizing Her Mindset Propelled This Founder’s Career...

The 19th: A Revolutionary Non-Partisan News Site For...

Malcolm Brogdon Will Miss Extended Time At The...