Breaking
NBA-Backed Saliva Coronavirus Test Gets Emergency FDA Authorization
The Amazing High-Yield REIT Strategy For 7.9% Dividends,...
How To Attract Candidates To Hard-To-Fill Positions
Trump: I’m ‘Ready’ To Take Action On Stimulus...
Apple iOS 13.6.1 Release: Should You Upgrade?
Non-PPP Loan Approvals Continue Slow But Steady Rebound
Here’s How To Stay One Step Ahead Of...
Microsoft Outlook Will Store Contacts’ Blood Group And...
How The US Department Of Health & Human...
Why Do Chinese Companies List Their Shares In...
Can You Get Covid-19 Coronavirus From Food? Frozen...
Winklevoss Twins Tell Bar Stool’s Dave Portnoy To...
How Democrats And Republicans Would Tackle The Enduring...
Berkshire Hathaway Doubles Down On Net Lease REIT,...
70% Of Americans: Ban Foreign Apps
This Week In Credit Card News: Pandemic Brings...
Home Business Five Classic Wargames (and Five Modern Successors) To Check Out On Cyber Monday
Business 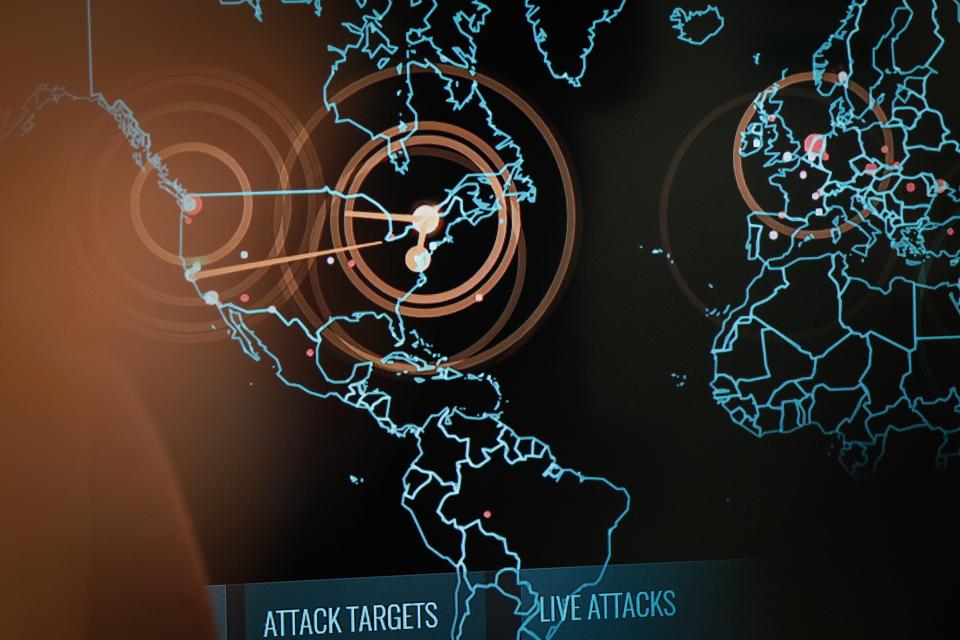 Nearly 200 years ago in 1824 a Prussian general staff officer invented Kriegspiel, the first war game designed to simulate real-world combat. Wargaming with miniatures and board games was popularized in the 1960s. Starting in the 1980s, computers allowed even more complex wa rgames with greater degrees of graphical immersion.

Of course, the best war games are good fun, full of deep and varied game play that can keep one engrossed for dozens or even hundreds of hours. But war games are also a great way to learn about forgotten conflicts and discover hands-on the strategic and/or tactical principles that governed them. Some games even can serve as great sandboxes to experiment with technologies and strategies never used in combat before. For those reasons, three of the six games on this list

Of course, no war game is perfectly realistic. War games usually accord players unrealistic degrees of situational awareness and command-and-control, and simulating bullet and shell trajectories is tricky enough, but that’s nothing compared to the intangible human factors underlying armed conflict.

So with Cyber Monday upon us, here’s a guide to five classic war games, and insights on to some of their modern incarnations and imitators might make a rewarding purchase.

Playing CC is all about maneuvering fireteams around rural hedgerows and war-torn city blocks for cover, dreading inevitable ambushes, and teaming squads and fire support together to suppress enemies so that an assault element can storm a position.  Soldiers are individually psychologically modeled, and may refuse to follow suicidal orders. Beautiful, hand-painted and historically accurate maps are another draw.

Artillery and air strikes are arguably a little too precise and effective, but convincingly convey why they accounted for the majority of infantry casualties in World War II. Close Combat games also feature an operational layer of varying quality.

Recommendations: Close Combat has gone through several generations without the core gameplay changing too much. The most iterations are Gateway to Caen and The Bloody First, which boasts a new 3D-engine. I played Gateway loved it, even though I wouldn’t have minded a bit more modernization and innovation. There’s also the modern-warfare Close Combat Tactics.

Arguably, the greatest in the series is a A Bridge to Far, which simulates the desperate battle pitting Allied paratroopers versus German tanks in Dutch cities. Its tank-heavy successor The Eastern Front plays less to the game’s strengths, but is still plenty of fun.

Since 2000. Combat Mission has stood and shoulder above its peers for its detailed and visually striking treatment of company- to battalion-level ground combat operations. The later games are played in real time, but liberal use of the pause command is necessary to issue orders to dozens of infantry squads, tanks and forward observers. The game play often has you lower your camera to ground level to figure out just what your troops can see.

Recommendations: Developer Battlefront presciently developed games focused on conflicts in Syria (Shock Force) and Ukraine (Black Sea) prior to both countries sadly becoming consumed in civil wars.  Black Sea should be especially interesting in wargaming scenarios for a NATO-Russia conflict.

There’s also a whole lineup of World War II-focused games in the modern Combat Mission family (Normandy, Red Thunder (Soviet Bagration offensive), Final Blitzkrieg (Battle of the Bulge), and Fortress Italy (Allied invasion of Italy in 1943), and even a spin off depicting the Soviet war in Afghanistan.

My personnel favorites remain the original Combat Mission trilogy, however: Overlord, Barbarossa to Berlin and Afrika Korps. The interface requires a bit less micro-magnaging, and each game is broader in scope.

Alternatives: Russian developer Graviteam has made a comparable series of company-level war games with an operational layer that have an excellent reputation. Besides depicting World War II Eastern Front battles, it covers fascinating but lesser-known mechanized battles in the Iran-Iraq war (Basra 86), and the Battle of Cuito Cuarnavale  in Angola (Operation Star).

The Steel Panthers series is a classic turn-based strategy game simulating mechanized warfare from pre-World War II to the modern era, complete with helicopters and long-range anti-tank missiles. It’s intuitive and fun yet the combat modelling remains plausible, and it offers a great way to learn fundamental tactical lessons, such as why it’s a bad idea to charge heavily armored tanks down city streets without infantry to scout ahead.

I’ve written in greater detail about Steel Panthers in an earlier article you can read here.

Recommendations: Fortunately, you can get both World War II and modern warfare variants of Steel Panthers for free, as well as purchase a separate edition from Matrix Games including large-scale campaigns.

The hundreds of stand-alone scenarios in The Operational Art of War (TOAW) are simply stunning in variety and scope. In one battle, you might command a few companies of World War II tanks and artillery battling over a French valley. In the next, you’re fighting the Korean War of reunification circa 2020, and weighing whether to deploy a nuclear preemptive strike. You’ll likely also spend hours upon hours fighting historical battles in wars you’e never heard of before, and learning the various combinations of NATO tactical symbols.

TOAW is a turn-based game all about controlling realistic military formations whose combat power is computed based on their experience, supply level and their inventory of weapon systems—as described in real-world organizational documents. There’s a lot of systems running under the game’s hood, but the actual controls and decisions are not overly complicated.

The main downside to the Operational Art series is that tactical-level finesse obscured by the game engines. Furthermore, TOAW’s attrition-oriented engine makes it more suitable for simulating mass warfare in the 19th– and 20th-century than the technical intricacies of modern engagements.

Recommendations: As the series has steadily increased in scope, there’s no reason not to buy the latest iteration Operational Art of War IV, which features improved modelling of logistics and naval warfare.

Alternative: The Campaign series of war games—Vietnm 65’ and Afghanistan 11’ offers a modern take on modern counter-insurgency operations with an emphasis supply lines, resource management, and political factors rather.

A successor to the Harpoon series of war games published between 1989-2007, Command is the top simulator focused on the crunchy intricacies of hi-tech 21st century warfare including limited ground warfare simulation. Not only does the game’s vast unit library track speed, fuel capacity and radar signature of ships and aircraft (amongst many other characteristics), but also those same traits of each type of missile and gun carried on board them.

Action unfolds in real time in the game—and because realistically some engagements could stretch over hours, there’s a fast-forward button to help move things along.

Command  is realistic enough there’s a professional edition sold for defense-industry use, and there are lots of articles where analysts and journalist use it to ‘test’ combat scenarios and new technologies—for example, pitting the formerly under-gunned U.S. Littoral Combat Ship against Chinese missile boats, or F-35 stealth fighters with Meteor missiles versus Russian Su-35 multi-role jets.