Breaking
Zooming In – Should SMEs Invest In The...
iOS 14: The Surprising Security Risk Of Sharing...
How A Break From Lord Sugar Changed The...
Sunday’s Google Doodle Is Actually About Google
Office Of The Comptroller Of The Currency Chief...
Source Code For Multiple Windows Operating Systems Publicly...
Why Forgettable Pfizer Really Is A Great Value...
Hot For The Holidays? Amazon Home Drone, Kid...
Best Small Business Loans
The FAAMG Stocks Drive The Markets
Channel Arbitrage And Other Ways Fintech Is Disrupting...
Mall Of America Extends A Hand Of Unity...
Surprise Samsung Galaxy S20 FE Beats Google Pixel...
After Apple And Tesla, Berkshire And Amazon Should...
Is It Wrong To Be Rich In Poor...
‘C&C’ Is 25: How ‘Command & Conquer’ Revolutionized...
Home Finance Five Secrets To Buffett’s Success
Finance 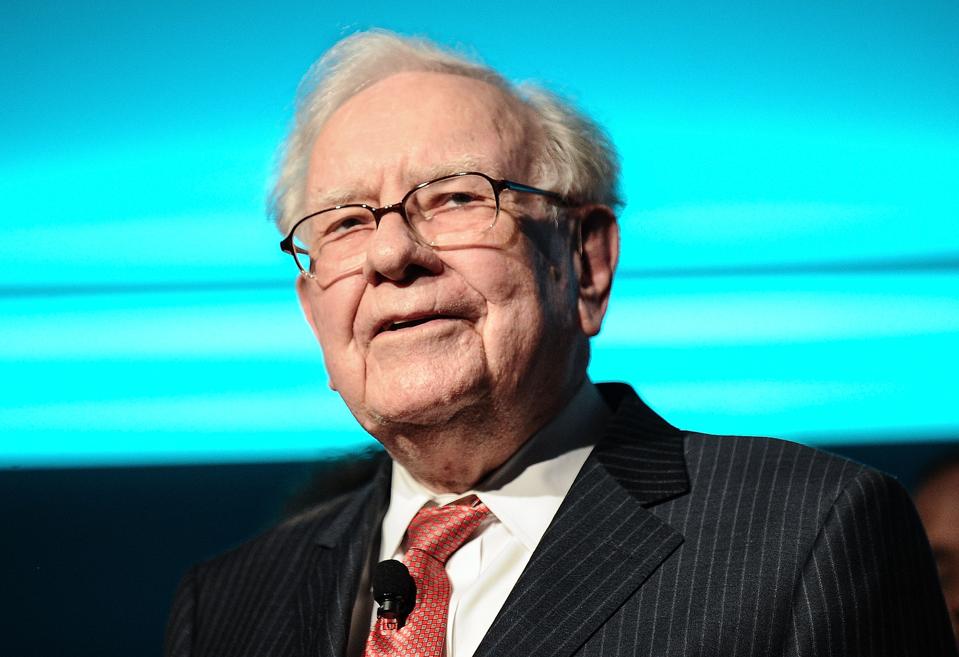 Warren Buffett has made enough money by investing over the decades to warrant the attention he gets.

But why haven’t others been able to generate the billions of dollars of personal wealth he has amassed using the same techniques? At Validea, I study and extract the stock selection methods of great investors and my strategies have come nowhere near Buffett’s incredible long-term results.

It could be that Buffett, and his Berkshire Hathaway (BRK.A) conglomerate, follow some simple investment rules that others find difficult to follow.

Patience and discipline over the long-term—and we’re talking decades, here, not quarters, months or weeks—isn’t the hallmark of the typical investor. It is one of Buffett’s strong suits.

Having a process and sticking with it through thick and thin is also difficult for the average investor, so much so that Buffett himself has advised those who can’t do it to stick to low-cost funds that track market indexes. But there is also Buffett’s willingness to not follow the crowd when stocks are hot and being brave when others aren’t and grabbing those unique opportunities.

Companies that pay dividends tend to have characteristics Buffett likes, such as a good market share and steady and reliable growth and profitability. Otherwise, management wouldn’t feel comfortable giving a set portion of the cash flow every quarter back to investors. Dividend-paying companies historically outperform those that don’t pay one.

Of course, for investors, dividends are a source of income, and Berkshire’s $182 billion portfolio has certainly delivered on that score.

By one calculation, according to Motley Fool, Berkshire could collect more than $4.6 billion in dividend payments for 2019, based on the company’s reported holdings. Berkshire’s portfolio changes slightly from quarter to quarter, so that might not be an exact number, but the message is clear. Berkshire is making a lot of money from dividend investing.

The portfolio also highlights Buffett’s other secret: invest for the long term rather than attempting to time the market. This is a lesson he learned from Benjamin Graham, the so-called father of the value investing style, Buffett embraced decades ago. The underpinning of the strategy is to buy stocks, for less than they are worth fundamentally and hold on to them.

Someone who is frequently trading in and out of a stock is merely speculating on the direction of the market and various events that may affect it. That is a speculator, not an investor.

Truly value-oriented investors would be more concerned with a company’s measurable value, including profitability and assets, not with the short-term events that create near-term price swings in the stock.

Berkshire’s portfolio reflects Buffett’s buy-and-hold philosophy. American Express (AXP) is a holding dating back to the mid-1960s. Coke (KO) shares have been in Berkshire’s hands since the 1980s. So have shares of Wells Fargo (WFC).

Moody’s Corporation (MCO) is another long-term holding going back more than a decade, as are U.S. Bancorp (USB) and Proctor & Gamble (PG).

Among Berkshire’s biggest holdings, Apple is the newest entry, first appearing in 2017.

Don’t be afraid to let go

That is not to say Buffett hasn’t made some mistakes, and he is open about them when he does. Shares of IBM (IBM) are the perfect example.

Berkshire had long shied away from technology stocks, but in 2011 began building a stake in IBM…..just as the company would begin an agonizing six-year stretch of declining revenue and shrinking market value. Berkshire finally tossed in the towel in 2018, admitting its investment thesis was flawed.

Buffett has also talked about famous misses, including Google, which has surged to over $1 trillion in market value in the last few years. He told shareholders at the annual meeting last year that he considered it and then passed. “I blew it.”

If Buffett’s success is owed to anything, though, it’s to being brave when others are afraid. This means taking a chance on a stock when the rest of the investing world is fleeing for the sidelines.

During the 2008-2009 financial crisis, when investors were panicking about the markets and banks were reeling from losses on mortgage-backed securities, Berkshire swooped in with a $5 billion deal to back Goldman Sachs. The deal included high-yielding preferred stock and the chance to buy more common stock down the road, which Berkshire did, netting billions when Goldman and the rest of the financial sector recovered.

Buffett stuck a similar deal in 2011 to help Bank of America, which was reeling from lawsuits dating back to the mortgage bond crisis. Berkshire swapped the preferred stock for common stock in 2017 and continued to increase his stake in the bank, collecting billions of dollars in dividends and capital gains along the way.

Finally, Buffett avoids participating in a hot market. While the S&P 500 reached multiple records last year, Berkshire’s pile of cash available to invest grew to $128 billion. This has baffled analysts but probably reflects Buffett’s view that there isn’t much out there that is valued to his liking, so the best solution is to avoid making a costly mistake and just wait it out.

Instead, Berkshire is doing something it hasn’t done in the past: It’s buying back its own stock, to the tune of $700 million in the third quarter and probably more for the final three months of last year. That reflects Buffett’s belief that Berkshire is undervalued.

He told the Financial Times in an interview last year that the time Berkshire is finally trading at a fair price and the stock market also looks expensive would be his “nightmare.”

For investors, you may not be able to achieve the performance Buffett has but these are timeless investing principles that can go a long way to helping you achieve good results in the stock market over time. Learning from successful investors like Buffett can go a long way for many investors.

Get the latest investing news and strategies delivered to your inbox with Forbes Investing Digest. Sign up for free now.

How GMs Veach, Lynch Paid For Their Super Bowl Rosters

What Show Is After The Super Bowl And How Many Will Watch?