Florida reported over 15,000 new coronavirus cases on Sunday, shattering the national record for the most cases any state has reported in one day, as Florida’s historic coronavirus spike is now outpacing even the worst single-day increases New York reported during March and April. 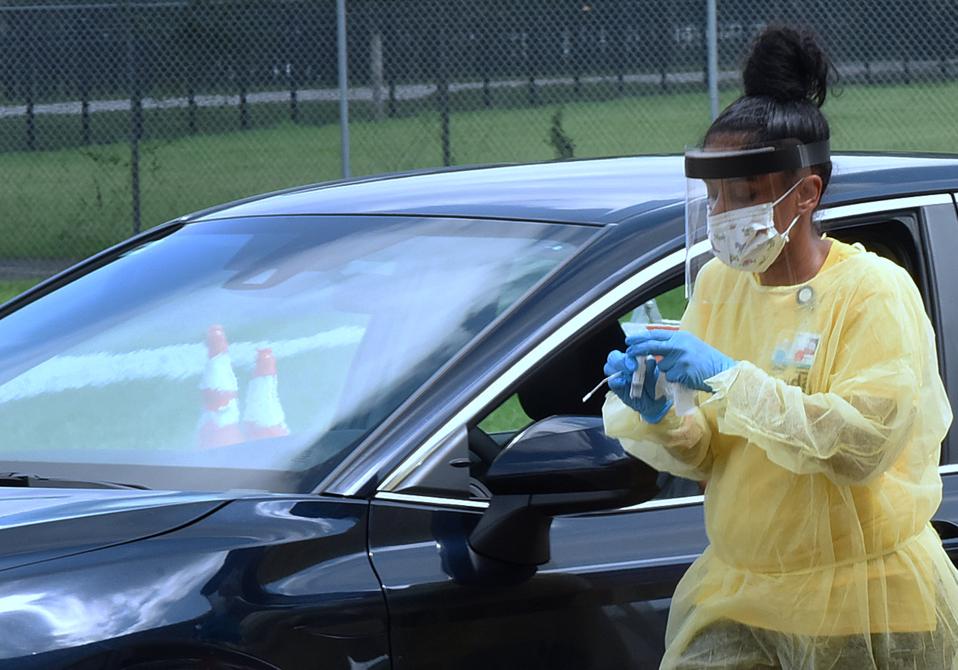 The state reported a record 15,300 new cases Sunday, continuing what has been a trend of record-breaking case increases.

That number far surpasses the old record set by New York during the height of its coronavirus crisis, when the state reported 12,274 new cases on April 4.

Just under 7,500 patients are currently hospitalized, and dozens of hospitals have now run out of ICU beds.

But the state also reported a record number of new tests, with 11.25% coming back positive—a number much higher than what health officials would like to see, but also the third-straight day the state has posted a drop for that statistic.

The total death count increased by 45, which is lower than the what the daily new death count has been over the past few days, even as the longer-term average for deaths has increased.

The hardest-hit areas have been the southern part of the state, especially Miami-Dade County, as well as central Florida and the Jacksonville area, where cases have been increasing rapidly. Florida was one of the fastest states to reopen its economy when given the chance to do so, but like many states that have had an uptick in cases, parts of that aggressive reopening have been reversed. Gov. Ron DeSantis has ordered bars to once again shut down in the state of Florida, and restaurants are again closed indefinitely in Miami-Dade County. There is no statewide mask mandate in Florida, but most cities now have a mask-wearing requirement in place.

Despite the massive rise in cases, Walt Disney World—one of the most-visited tourist destinations in the world—reopened some of its theme parks to the public on Saturday. There had been calls from some workers to delay that reopening.

How Is This Rwandan Building A Brighter Future For Girls? Solar Kits!

A Guide To Investor Pitch Decks For Startup...