Breaking
Best Incentive To Get Vaccinated: Money, Messaging, Or...
Page Level Query Analysis at Scale with Google...
How A CIO Can Align IT With Business...
Blogger of the Month: Jo, Girl Eats World
6 Things Women In Business Know That Men...
How to Use First-Party Data for Ad Personalization
Pressing Reset—Putting A Fallen Unicorn Back On Its...
How We Went Viral: Promoting Content with Influencers,...
Blame Olympic Record Price Tag For Return To...
Apple iOS 14.5 Release: Should You Upgrade?
Why Gaming Gear Company Razer Launched A $50...
Technical SEO Implementations to Increase the Impact of...
30 Brilliant Ways to Market Your Eco-Friendly Shopify...
15 Tech Industry Leaders Share Overused (And Misused)...
How to Use Amazon Posts to Promote Your...
U.S. House Passes Bill To Create First Crypto...
Home Business For Only $60,588 (And Some Change), The Seattle Seahawks Can Get It Right This Time With Marshawn Lynch
Business

For Only $60,588 (And Some Change), The Seattle Seahawks Can Get It Right This Time With Marshawn Lynch 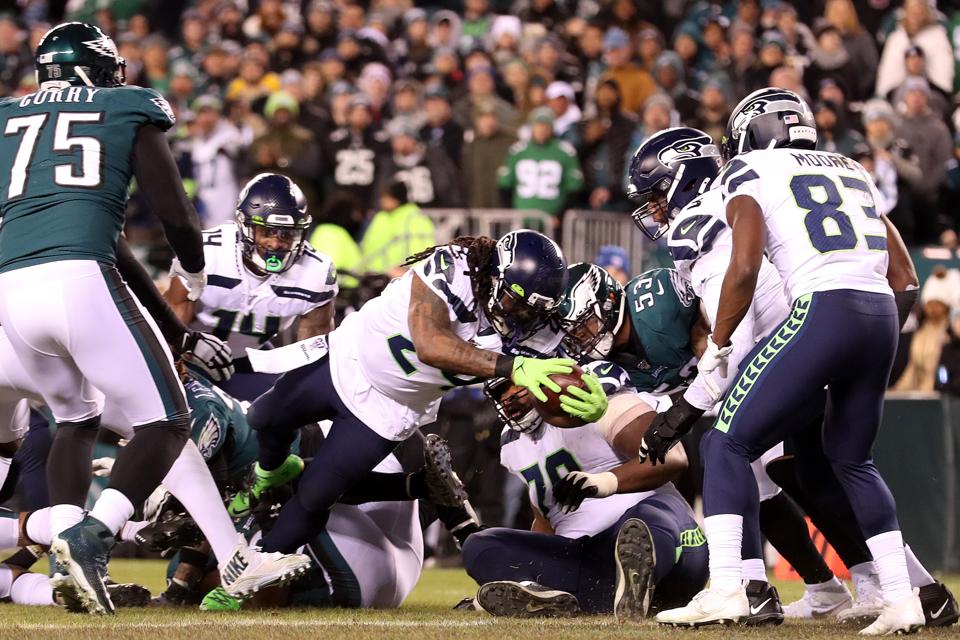 PHILADELPHIA, PENNSYLVANIA – JANUARY 05: Marshawn Lynch #24 of the Seattle Seahawks rushes for a … [+] touchdown over the defense of the Philadelphia Eagles in the second quarter of the NFC Wild Card Playoff game at Lincoln Financial Field on January 05, 2020 in Philadelphia, Pennsylvania. (Photo by Mitchell Leff/Getty Images)

So there were the Seattle Seahawks, taking the lead Saturday night in Philadelphia of an NFL Wild Card playoff game, with Marshawn Lynch using all of his 211 pounds of explosiveness wrapped around a 5-foot-11 frame to twist and to bang and to force himself into the end zone from the Eagles’ 5-yard line along the way to a 17-9 victory.

You’ll see something like that again, and then again, and then several more times with the Seahawks heading to Green Bay this Sunday to continue their pursuit of a world championship.

If the Seahawks grab their second Lombardi Trophy in three tries, they’ll do so with Lynch operating as the biggest bargain in league history, and they’ll get it right this time.

The Seahawks will finish “unfinished business.”

That has been Lynch’s mantra since he returned to Seattle near the end of last month as “Beast Mode” following his retirement in April after a two-year pit stop with the Oakland Raiders.

Courtesy of all kinds of injuries to running backs, the Seahawks enticed Lynch to leave his tailgating at Raiders games to rejoin his team of six seasons through 2015 that included sprinting for more than 1,200 yards in four of those years while leading the NFL in rushing in 2013 and 2014.

So you know where this is going.

The Seahawks will give Lynch the ball this time. They’ll do so EVERY TIME whenever they’re within a Beast Mode tumble across the goal line. They didn’t do that five years ago against the New England Patriots in Glendale, Arizona, where they should’ve won consecutive Super Bowls.

Instead, with the Seahawks trailing 28-24 in the final seconds at the Patriots’ 1-yard line, Pete Carroll and his coaches sent the earth spinning backward by not giving the ball to Lynch. They opted for a Russell Wilson pass to Ricardo Lockette, but Patriots defensive back Malcolm Butler made the interception.

Neither was anybody with common sense.

Now Carroll can redeem himself for the worst Super Bowl call in history with Beast Mode, Part II, and get this: the 33-year-old Lynch agreed to a one-year contract just to take care of that unfinished business.

It wasn’t for the money.

The average salary per season for an NFL player with seven years or more experience is $915,000, and the Seahawks gave Lynch a check of just $60,588 for playing in their Week 17 game at home against the San Francisco 49ers.

Seahawks fans were appreciative of the move, especially since Lynch made Seattle’s loss that evening to the 49ers somewhat tolerable by (ahem) giving him the ball at the 1-yard line for a touchdown plunge.

As was the case during Beast Mode, Part I, folks showered the field with Skittles, his favorite snack, and if the Seahawks keep advancing, he’ll earn even more dollars to purchase tons of candy. 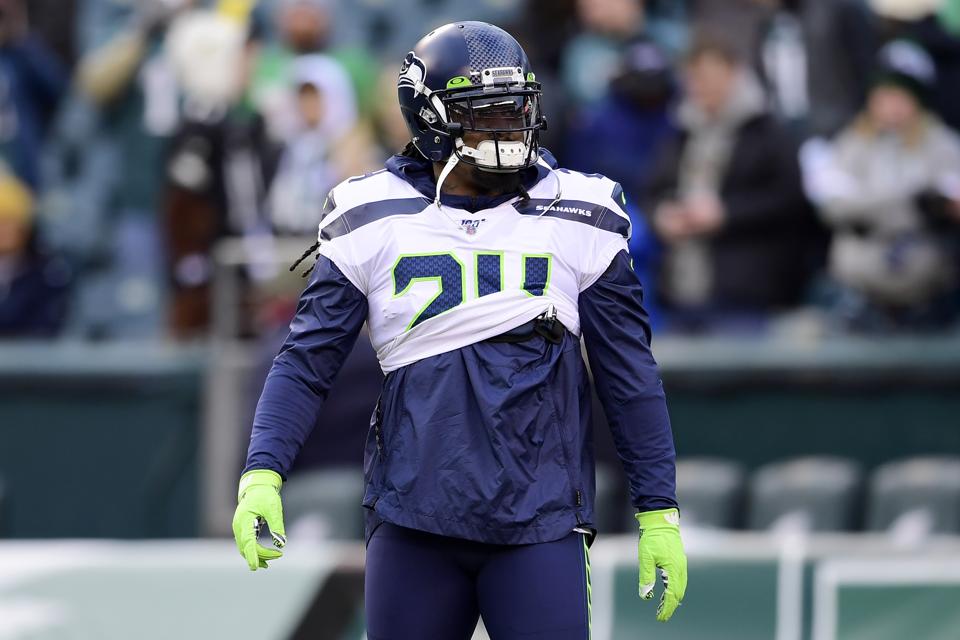 PHILADELPHIA, PENNSYLVANIA – JANUARY 05: Marshawn Lynch #24 of the Seattle Seahawks warms up before … [+] the NFC Wild Card Playoff game against the Philadelphia Eagles at Lincoln Financial Field on January 05, 2020 in Philadelphia, Pennsylvania. (Photo by Steven Ryan/Getty Images)

According to Lynch’s deal with the Seahawks, he’ll also get the same playoff share as his teammates.

Here’s the breakdown for this postseason:

With the Seahawks in the “other Wild Cards” category, Lynch could earn as much as an additional $239,000 with a Seattle Super Bowl victory this season.

Not only that, but according to Ian Rapopport of the NFL Network, here’s what the rest of Lynch’s contract says: His share of online sales of “Unfinished business” and “Back in Action” apparel on his website will be part of his compensation.

There’s that phrase again . . . Unfinished business. Lynch has those words on his lime green shoes during games.

You know, whether he’s paid at the end of his contract with dollars, Skittles or pats on the back after diving into the end zone for a Seattle Super Bowl victory.

A New Year’s Resolution For The US Department Of Commerce: Just Do Something In Puerto Rico