Breaking
Zooming In – Should SMEs Invest In The...
iOS 14: The Surprising Security Risk Of Sharing...
How A Break From Lord Sugar Changed The...
Sunday’s Google Doodle Is Actually About Google
Office Of The Comptroller Of The Currency Chief...
Source Code For Multiple Windows Operating Systems Publicly...
Why Forgettable Pfizer Really Is A Great Value...
Hot For The Holidays? Amazon Home Drone, Kid...
Best Small Business Loans
The FAAMG Stocks Drive The Markets
Channel Arbitrage And Other Ways Fintech Is Disrupting...
Mall Of America Extends A Hand Of Unity...
Surprise Samsung Galaxy S20 FE Beats Google Pixel...
After Apple And Tesla, Berkshire And Amazon Should...
Is It Wrong To Be Rich In Poor...
‘C&C’ Is 25: How ‘Command & Conquer’ Revolutionized...
Home Business For Season 2, ‘The Mandalorian’ Teases A Deep Dive Into ‘Star Wars’ Lore
Business 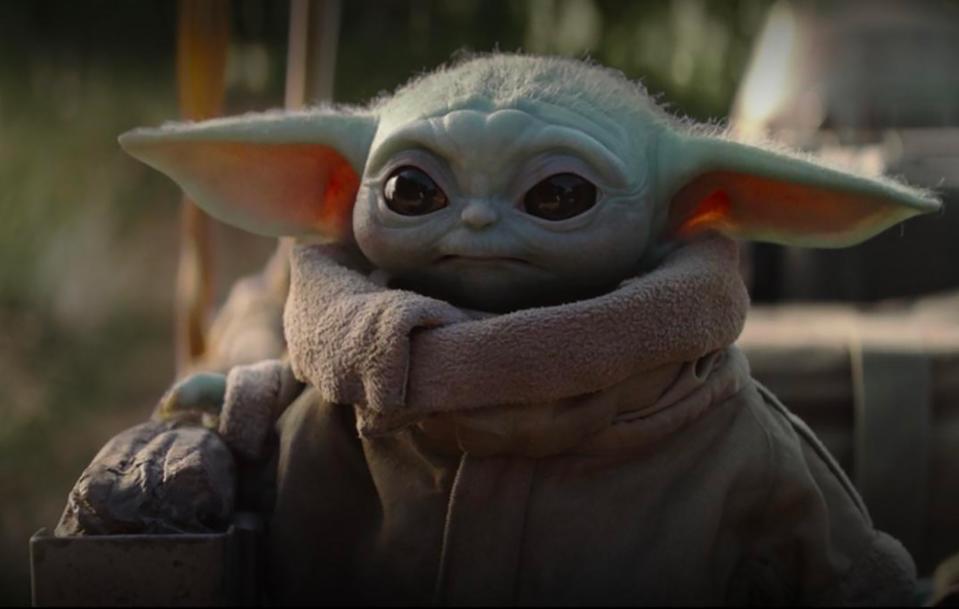 Is this little guy going to go “home?”

For the most part, The Mandalorian doesn’t seem particularly interested in filling in the blanks of Star Wars mythology. It’s a simple story, starring unimportant players in a vast universe, the characters who have to live with the galaxy-splitting consequences of Skywalker family drama.

But “Baby Yoda” wasn’t merely cute piece of merchandise; his species has always been one of the major unexplained mysteries of Star Wars, and this is a franchise where fans want to know the backstory of every single background character, down to the armor they wear and the weapons they wield.

Jon Favreau, head writer and showrunner of The Mandalorian, seems to understand that shining light on the dark spots of the galaxy highlights how empty the universe is, that the unusual blend of fantasy and sci-fi works best if the magic remains (largely) unexplained; nobody wants to remember how the midichlorians function.

But the finale of The Mandalorian (spoilers ahead) teases the audience with two glimpses of Star Wars lore, as Mando’s new objective is to find the Child’s home planet (which has never previously been shown), and the sight of Moff Gideon brandishing the “Darksaber,” a legendary Jedi weapon.

The Darksaber is familiar to fans of the animated series The Clone Wars, but to the casual audience, the black blade is an intriguing departure from the color-coded lightsabers we’re used to. Intriguingly, the blade was created by Tarre Vizsla, the first Mandalorian inducted into the Jedi Order. After his death, it was passed from warrior to warrior, including Darth Maul, until it somehow reached Moff Gideon.

Like the Elder Wand of Harry Potter, the blade is traditionally acquired by defeating its previous owner in combat, but this is a Mandalorian custom rather than a binding magical property. But the fact that the unique weapon was forged by a Mandalorian isn’t exactly a coincidence; might we eventually see Din Djarin wield the blade of his creed?

It’s an intriguing thought, but perhaps not the point of this story; not every character in this franchise needs to be a Jedi. But the King Arthur-esque myth seems extremely fitting, considering how the Mandalorians resemble a group of noble knights, armored and honor-bound, a return to the folklorish feeling of Star Wars.

I can’t help but suspect, however, that the Child’s planet will never be found. It might be a great excuse for a return to the planet-hopping, “weekly adventures of Mando and Baby Yoda” format of mid-season, but showing the planet, along with Yoda’s people and their civilisation, would be going directly against the wishes of George Lucas.

Lucas might have backtracked and retconned his way through six films, but he was always firm in his resolution that Yoda’s species was to remain a complete mystery, and it’s definitely one of his better decisions.

Yoda, the archetypal wise man who guides the hero to victory, might be the closest link Star Wars still has to the fantasy genre. At this point, the Force has been thoroughly over-explained, down to the microbiological and genetic level, no longer the sacred, incomprehensible power depicted in the original trilogy.

Star Wars memorably walked a line between fantasy and sci-fi, but now that Marvel films have occupied that strange spot, Star Wars seems more like pure sci-fi (or rather, space opera), with every detail analyzed and open to scrutiny.

Hopefully, season 2 will see Din Djarin fail in his quest to take “Baby Yoda” back to his home planet; a corny-but-cute message that the Child’s real home is with Djarin might be the best outcome.

But surely, the Darksaber will eventually fall back into Mandalorian hands; my money is on the Armorer, especially after seeing her smash the helmets of all those stormtroopers with tools.

Imagine what she could do with a legendary lightsaber?