Home Business For The First Time Since 2009, The Oklahoma City Thunder Will Not Play On Christmas Day
Business

For The First Time Since 2009, The Oklahoma City Thunder Will Not Play On Christmas Day 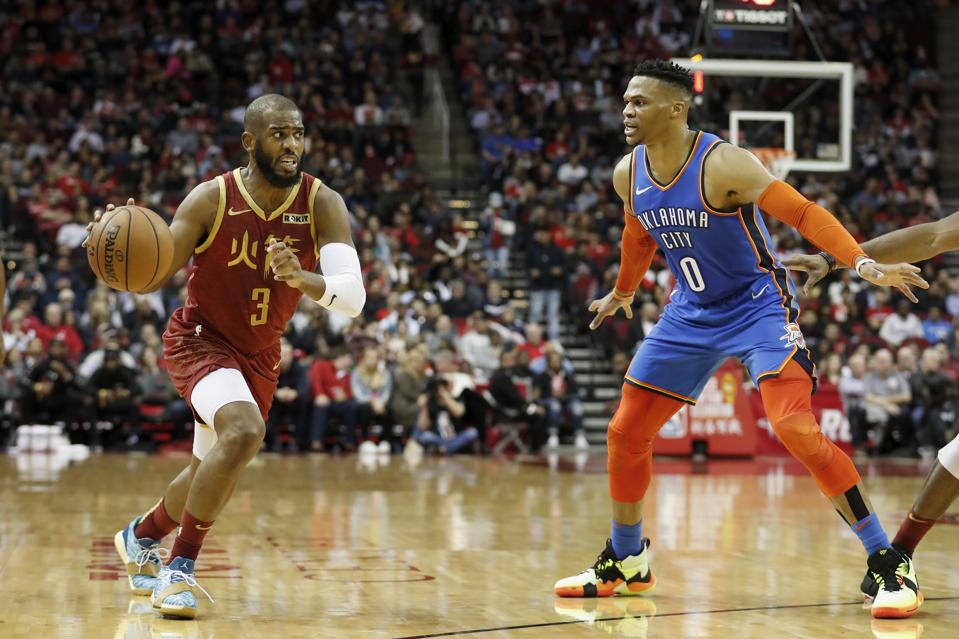 HOUSTON, TX – FEBRUARY 09: Chris Paul #3 of the Houston Rockets drives to the basket defended by … [+] Russell Westbrook #0 of the Oklahoma City Thunder in the first half at Toyota Center on February 9, 2019 in Houston, Texas. NOTE TO USER: User expressly acknowledges and agrees that, by downloading and or using this photograph, User is consenting to the terms and conditions of the Getty Images License Agreement. (Photo by Tim Warner/Getty Images)

For the first time in ten years, the Oklahoma City Thunder will not be playing on Christmas Day. After their first two seasons as a franchise in the 2008-09 and 2009-10 seasons, Thunder fans had the luxury of watching their team on this special day of NBA basketball for nine straight seasons.

Now, ten years later, Christmas Day will be different for these fans. With a record of 6-3 over this nine year Christmas streak, the lack of star power was ultimately the deciding factor in being left out. After trading both Russell Westbrook and Paul George last summer, the 2019-20 Thunder team looks very different and resulted in just the third time ever that the Thunder are not part of Christmas Day festivities.

In fact, Oklahoma City has boasted 17 NBA All-Star selections since the 2009-10 season when they last missed the Christmas Day slate of games. This season could very well be the first season in over a decade in which they do not have a representative at NBA All-Star Weekend.

On a four-game winning streak and holding a record of 9-3 since Thanksgiving, Oklahoma City is one of the hottest teams in the league. Sitting as the seventh seed in the difficult Western Conference, the Thunder are playing much better than many thought they would. With a pre-season projected win total of only 31.5 games, Oklahoma City is well on its way to exceeding that with the currently constructed roster. With 15 wins through 29 games, the Thunder would just need to finish the regular season with a record of 17-35 to win more games than their projected total.

Even if Oklahoma City was expected to be as good as they look right now heading into Christmas, they still probably don’t have the star power to get a slot in one of the five Christmas Day games.

All ten of these teams have elite-level talent and are who the NBA decided were the best games to display on national TV on one of the biggest NBA regular season days of the year. Although injuries of Zion Williamson and Stephen Curry have the Pelicans and Warriors among the worst teams in the NBA, these games were chosen prior to the start of the regular season.

After not playing on Christmas Day for the third time in franchise history, the Oklahoma City Thunder will look to extend their win streak to five games when they host the Memphis Grizzlies at Chesapeake Energy Arena the day after Christmas.

Play Hawks And Doves Instead Of Orcs And Elves In Humblewood

This Is The Best Career Move You Can...

Adam Silver Optimistic But The NBA Still Has...

How To Pitch A Venture Capitalist Virtually