Breaking
How To Get Your Startup Business Off The...
How To Create A COVID Safe Construction Site
How to Make a Good First Impression at...
Volkswagen’s Truck Unit Ties Up With TuSimple On...
3 Lucrative Hidden Benefits Of Podcasting
U.S. Tax Court Affirms Most Penalties In Patel...
Your Stargazing Guide To Fall: One ‘Halloween Blue...
Mnuchin: White House Still Supports Direct Payments For...
How To Retain Your First Startup Product Users
China Shipments To The U.S. Are 7 Times...
Reviewing ‘The iPhone Of Air Conditioners’
The 8 Best CRO Companies of 2020
AARP BrandVoice: The Doctor Will See You Now,...
ThoughtSpot’s New Cloud-Based Tool Aims At Boosting Growth...
10 Ways Service-Based Businesses Can Generate Positive Word-Of-Mouth...
A Customer-Centric Culture Starts By Embracing This One...
Report: Struggling Black-Owned Businesses Need More Government Grants
Microsoft Races Ahead On RPA (Robotic Process Automation)
Why The Fed’s Outlook Paints A Sobering Picture...
Home Business Ford-Volkswagen-Argo Investment Deal Closes, Argo AI Expands To Europe
Business 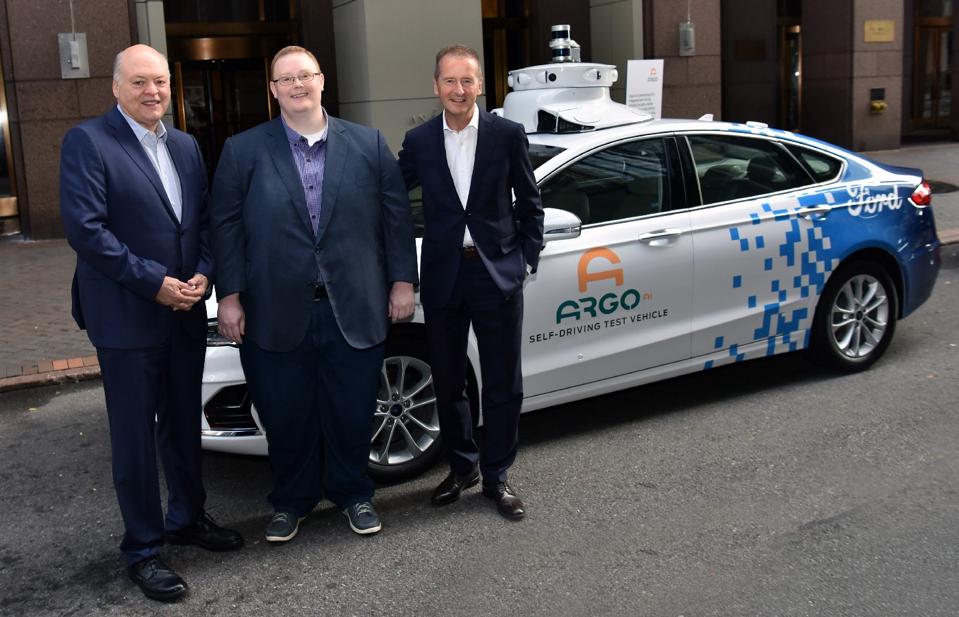 Nearly a year after it was first announced in New York, the collaborative investment deal between Ford, Volkswagen and Argo AI officially closed today. Pittsburgh-based Argo AI now has a foothold in Europe as Volkswagen’s Autonomous Intelligent Driving (AID) group moves over to become part of Argo.

Founded in late-2016 by Bryan Salesky and Pete Rander, veterans of the Google GOOGL and Uber UBER automated driving programs as well as Carnegie Mellon University, Argo got an initial investment from Ford in early 2017. Since then Argo has been working to develop the automated driving system that Ford had planned to launch into production in 2021. During its first quarter 2020 earnings call, Ford announced that it was delaying the commercial launch of its automated vehicles (AV) until 2022 as it reconsiders its go-to-market strategy.

VW hasn’t given a firm date for a commercial AV launch but at the initial investment announcement in July 2019, it said it would come later than Ford’s launch, likely in 2022 or 2023. Like Ford, VW is developing vehicle platforms to integrate the Argo system into and the automaker will decide how to deploy the technology.

Given the technical and business model challenges of developing and deploying automated vehicles, this partnership makes sense for all three companies. By sharing the technology, Ford and VW can spread the development costs across both their fleets. Those fleets are expected to be significantly smaller in the first half of the 2020s than was anticipated just a few years ago so this will provide more scale. The latest Guidehouse Insights Automated Driving Vehicles forecast projects only about about 300,000 highly automated vehicles annually by 2025 and most of those are projected to be for goods delivery. 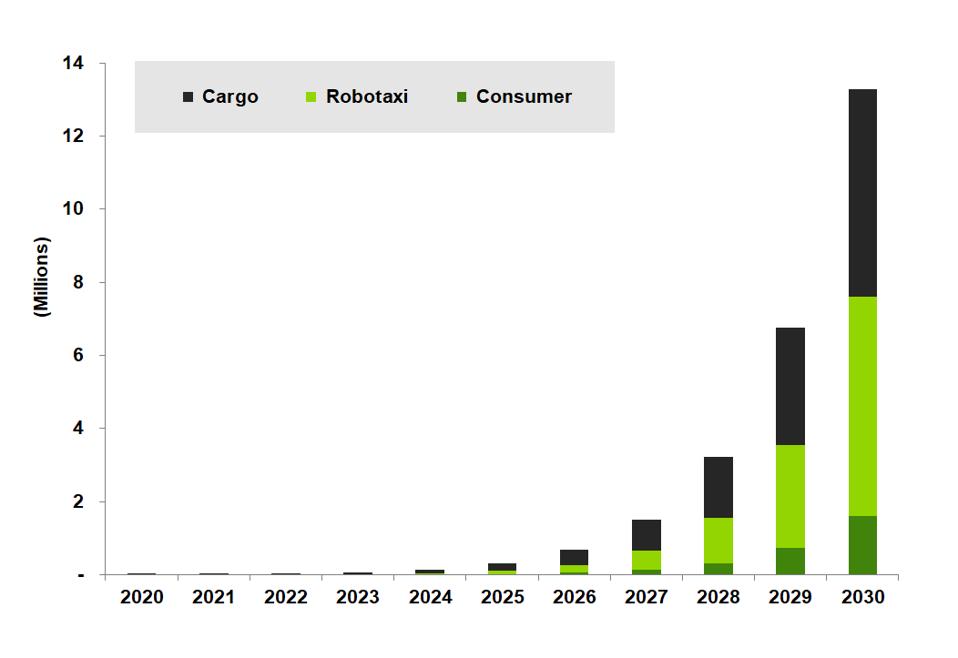 With the VW money coming into Argo, Ford won’t have to increase its investment anytime soon, leaving it free to focus on developing the business models and customer experience aspects. That’s going to be crucial in the coming years as the world hopefully emerges from the current pandemic. The way people get around and commute (or not if they shift to remote work on a permanent basis) will have a big impact on the types of vehicles that are needed and the services that are deployed. That’s why Ford delayed its launch plans.

It also benefits Argo which is now the first AD development company to have commercial partners across both North America and Europe. The addition of the AID team as Argo Munich, gives the company more than 1,000 staff across its engineering facilities in Munich, Detroit, Palo Alto, Pittsburgh and Cranburg, NJ. Ford and Argo currently have test fleets in Miami, Washington, DC and Austin, the three cities where Ford intends to launch commercial services.

With more financial and engineering resources at its disposal, Argo is likely to remain one of the leaders in the effort to make automated driving a reality in the coming decade. Ford-Volkswagen-Argo Investment Deal Closes, Argo AI Expands to Europe