Breaking
Bitcoin And Blockchain Are The ‘Future’ Of Twitter,...
COVID-19 Pandemic Has Birds Changing Their Tune
Beat Zoom Fatigue With These 6 Tips
How To Sustain (Or Sabotage) A Customer Service/Experience...
How, When And Where You Can See A...
New $2.2 Trillion Stimulus Bill Proposed—$1,200 Stimulus Checks,...
Why Do We Do What We Do? Manipulating...
California Brand Goes All-American As Amazon Bans Foreign...
The 3 Best Analytics Companies of 2020
Senator Cory Booker: Supporting Small, Minority-Owned Businesses Will...
Trump’s Taxes Are Finally Leaked—What’s Next?
Washington Heats Up Ahead Of First Presidential Debate:...
Systemic Racism Leads To Disparities In Nursing Home...
The New Regular: Prepare For Conflicts Of Customer...
Web VR.0 – Have VR Websites (Finally) Arrived?...
This Next Evolution Of E-Commerce Did $18 Billion...
Home Finance Forget The Halving—Is This The Real Reason Bitcoin Suddenly Soared Toward $10,000?
Finance

Forget The Halving—Is This The Real Reason Bitcoin Suddenly Soared Toward $10,000?

Bitcoin and cryptocurrency investors are gearing up for the long-awaited bitcoin halving this month—which will see the number of new bitcoin entering the market cut by half.

The bitcoin price has soared this week and is now a strong contender for 2020’s best performing asset, climbing to over $9,000 per bitcoin for the first time since late February.

However, while many traders are betting the bitcoin price will climb as a result of this month’s cut to supply, the latest bitcoin bounce may have happened for entirely different reasons. 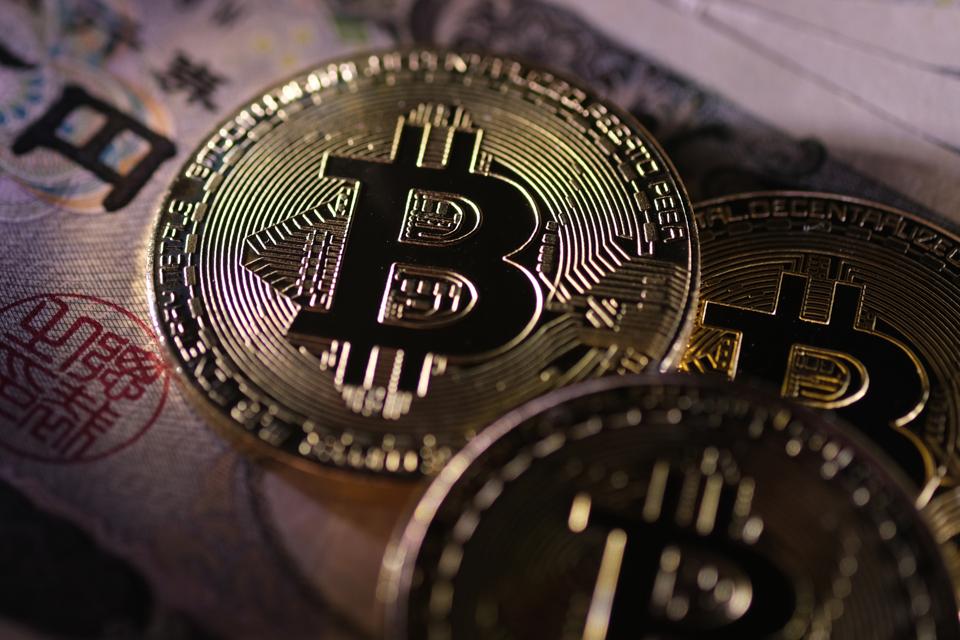 The bitcoin price has rallied hard since its massive sell-off in March, with many bitcoin investors … [+] confident the price will continue to rise until a scheduled supple squeeze in May.

Shortly before bitcoin’s 20% rally this week, a large transfer of the stablecoin tether was made to bitcoin and cryptocurrency exchange Binance.

Tether is a stablecoin pegged to the U.S. dollar on a one-to-one basis with its creators claiming they keep one U.S. dollar in reserve for every tether token issued.

Tether tokens worth a little over $50 million were transferred to Malta-based Binance early on Wednesday, just hours before bitcoin began its $30 billion pump.

Over the past month Tether Ltd, which controls the stablecoin tether and shares owners and senior staff with the British Virgin Islands-based bitcoin and cryptocurrency exchange Bitfinex, has ramped up the number of tether it’s creating—minting over $1 billion worth of the stablecoin.

“[On Wednesday we] witnessed extensive buying activity and the high level of scalability and liquidity evident on our platform made us able to seamlessly service all these requests,” boasted Bitfinex chief technology officer, Paolo Ardoino—who also serves as the chief technology officer of Tether—in a statement that pointed to major U.S. bitcoin and cryptocurrency exchange Coinbase’s unfortunate outage during the sudden bitcoin rally. 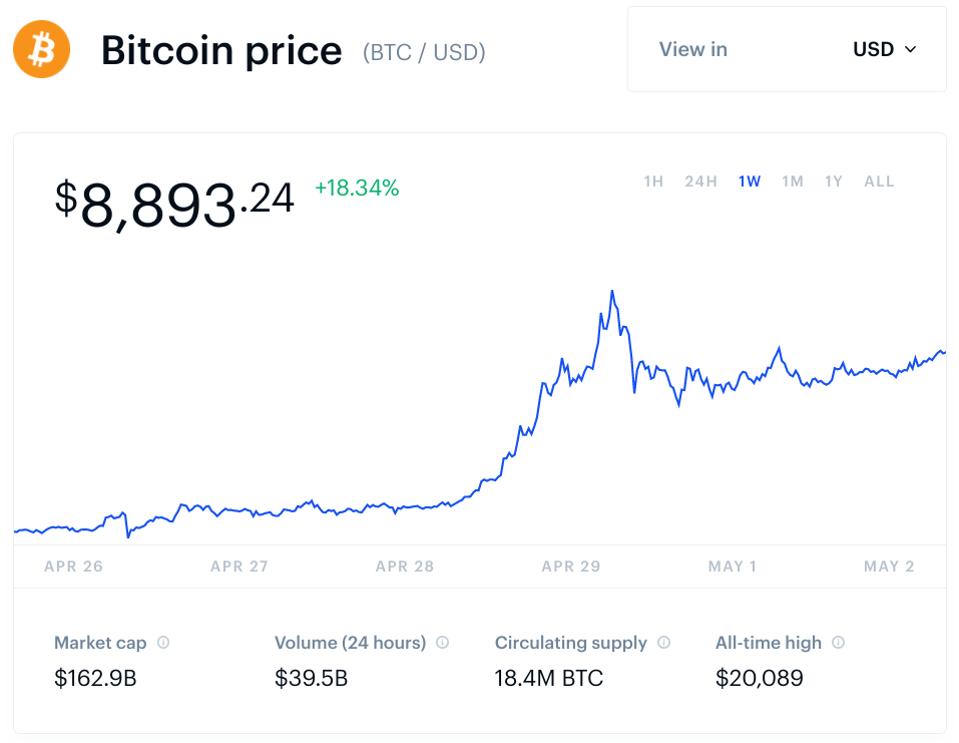 The bitcoin suddenly shot higher earlier this week–catching many traders and investors off-guard … [+] and causing a surge of demand that knocked major U.S. bitcoin and crypto exchange Coinbase offline.

There is currently some 6.3 billion tether tokens in circulation, compared to just 18 million bitcoin.

Last year, it was suggested around half of bitcoin’s value between March 2017 and March 2018 was created by trades between bitcoin and tether—casting doubt over whether bitcoin’s epic 2017 bull run happened organically.