Breaking
U.S. House Passes Bill To Create First Crypto...
Top 3 Lessons For Financial Independence
The Ultimate Guide to Saving Money
Lights, Camera, Action—Is There A Post-Covid Future For...
7 Ways to Reduce Human Errors in Your...
How ‘Couples Therapy’ Used Technology To Cope With...
Can You Settle Your Student Loans Or Negotiate...
7 Best Practice PR Tips For Your Next...
How to Use Amazon Attribution For Ad Campaigns
What are the Makings of a High-Quality Link?
How To Quickly Start And Scale Your Business
Terra Virtua: What NFTs Can Teach Us About...
5 Easy Steps To Prepare Content For E-A-T...
Physical Inactivity Linked To More Severe Covid-19 Infection...
The 2021 Estimated Tax Dilemma: What Tax-Return Pros...
Want To Digitally Transform Your Business? Start With...
Home Technology Forget Trump And Google—Huawei Now Has A Critical New Problem In China
Technology 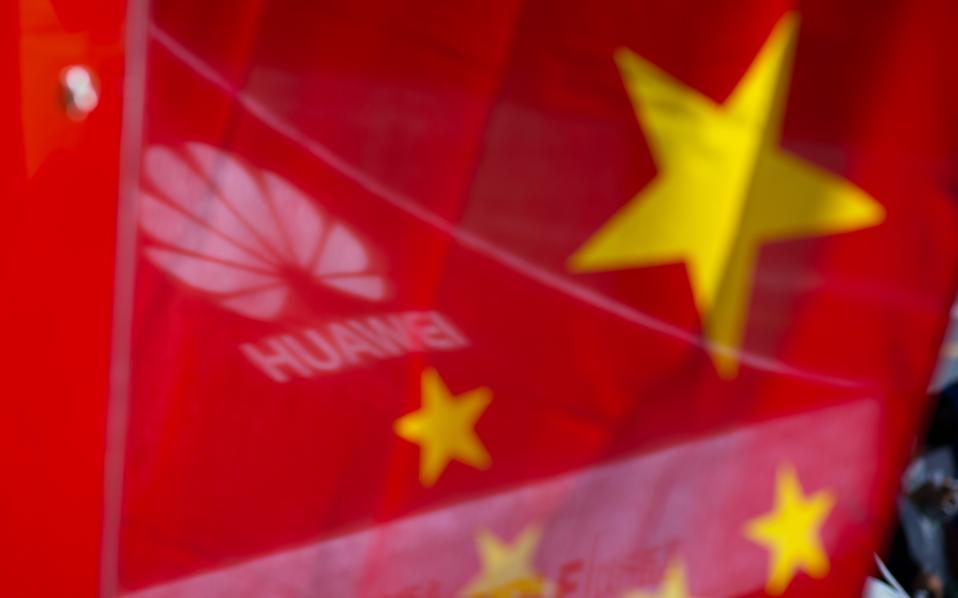 The core allegations behind the U.S. blacklisting of Huawei, that the company is controlled by Beijing and will spy for them if asked, have always been denied. But lurking behind those allegations is something darker, something more difficult to brush aside. And that’s now becoming a serious new problem for the company, with the risk that it damages company plans, securing a major win for the U.S.

Last November, I reported on Huawei’s “darkest secret,” its work with the authorities in the Xinjiang region of China, where the oppression of its Muslim Uighur minority has been condemned worldwide. A leak of classified Chinese government documents that became known as the “China Cables,” was followed by a shocking report from the Australian Strategic Policy Institute (ASPI) into the leading companies whose technology enabled that oppression.

Huawei has always admitted that its technology has been deployd by third parties in Xinjiang, but has denied direct involvement. ASPI claimed that this is not true. “Huawei’s work in Xinjiang is extensive,” it said, “and includes working directly with the Chinese Government’s public security bureaus in the region.”

I first reported on Huawei’s links to Xinjiang early last year, including the strategic cooperation agreement between Xinjiang’s Public Security Department and Huawei, and the launch of Huawei’s Urumqi DevCloud to “promote the development of the software information industry in the district of Urumqi.”

At the signing of that strategic cooperation agreement, a company representative said Huawei “will provide industry-leading products and services, and cooperate extensively with local high-tech enterprises to build a safer and smarter society with the public security department of the autonomous region.” The building of Xinjiang’s “safer and smarter society” has been widely reported.

Asked about that ASPI report, a Huawei spokesperson would not be drawn on specifics, simply saying that the company “reaffirms that its technology—which is general purpose and based on global standards, complies with all applicable laws where it is sold. Huawei does not operate safe city networks on behalf of any customers.” The applicable laws in Xinjiang implicitly support the alleged detention and indoctrination of millions of Uighurs.

Back in November, ASPI urged countries around the world to take Huawei’s “Xinjiang activities into consideration during debates about 5G technologies.” And while the Xinjiang allegations have taken second stage to the broader U.S. claims, it now seems that Xinjiang is about to become critical.

Now, as reported by both the Daily Mail and Daily Telegraph, politicians in the U.K. are planning to use these claims to force the government into reversing its decision to allow Huawei a role in the deployment of its 5G network.

The controversial decision, confirmed in January, has always been under threat from a forced review. The changing views on China in light of alleged COVID-19 misinformation, and the latest U.S. sanctions, which potentially introduce new security vulnerabilities into Huawei’s equipment, have fuelled the fire. Nothing new has happened in Xinjiang, but the calculation is that the claims against Huawei can be used to force the government’s hand. This would, the Telegraph explains, be a “knockout blow to Huawei involvement in the U.K.’s 5G network.”

The actual legislation that the U.K.’s House of Lords is seeking to amend is niche in the extreme, the Telecommunications Infrastructure (Leasehold Property) Bill sets the rules for internet connections piped into apartment blocks, of all things. But it is being used as an expedient convenience. According to the media reports, the government is now scrabbling to avoid defeat.

There are a whole series of intricacies and ironies in this latest development. For example, citing human rights as opposed to U.S. security concerns will be a much more populist move, one more likely to coral cross-party support. It also changes the politics for a U.K. government caught between threats from both Washington and Beijing, pulling an under-pressure country in two opposite directions.

Then there is the fact that in blacklisting other Chinese companies, Washington has been much more explicit about Xinjiang than has historically been the case with its campaign against Huawei. This carries a risk for Huawei that millions of consumers in the U.K. and elsewhere may be prompted by the media coverage of human rights allegations to turn away from the brand.

The biggest irony, though, concerns Huawei and its relationship with the Chinese government. One can’t help but assume that Huawei would openly distance itself from Xinjiang if it could. But to do so would publicly snub Beijing, seemingly contradicting the government’s claims that the authoritarian regime is all about counter-terrorism and public safety, and has been misreported overseas. And the U.S. blacklist has heavily increased Huawei’s exposure to its domestic market, significantly reducing its international hedge. It can’t afford to risk that snub.

The U.K.’s 5G network is totemic for Huawei. A cornerstone of its European market, the country is widely regarded as the most expert in dealing with alleged Huawei security concerns. In parallel with this latest move, the U.K. is already studying whether there are any new security concerns emanating from the U.S. denying Huawei access to American chip technology, forcing it to seek alternatives that may introduce new concerns.

But, just as with the U.S. “anger” this week over Huawei’s plans to develop a major R&D facility near the U.K.’s leading Cambridge University, most of this seems to escape any kind of popular concern in the U.K. and more widely in Europe, complicating the politics. Perhaps these human rights claims, ones that have been lurking in the background for years, will be different.

“Foreign governments,” ASPI said last November, “can play a more active role in rejecting those that participate in the Chinese Government’s repressive Xinjiang policies.” That ask is about to see something of an acid test.

Three Ways To Prepare For The Post-Pandemic Customer Experience