Breaking
ESBC Major Updates: Tons Of Heavyweight Greats Added...
5 On-Demand Courses To Help Develop Your Leadership...
How to Run Nonprofit Marketing Ads
Entrepreneurs Are Bringing Transparency To Home Buying And...
Best Incentive To Get Vaccinated: Money, Messaging, Or...
Page Level Query Analysis at Scale with Google...
How A CIO Can Align IT With Business...
Blogger of the Month: Jo, Girl Eats World
6 Things Women In Business Know That Men...
How to Use First-Party Data for Ad Personalization
Pressing Reset—Putting A Fallen Unicorn Back On Its...
How We Went Viral: Promoting Content with Influencers,...
Blame Olympic Record Price Tag For Return To...
Apple iOS 14.5 Release: Should You Upgrade?
How to Come up with Podcast Topics and...
Why Gaming Gear Company Razer Launched A $50...
Home Technology Forget Trump—Huawei Now Has A Major New Problem In China
Technology

Forget Trump—Huawei Now Has A Major New Problem In China 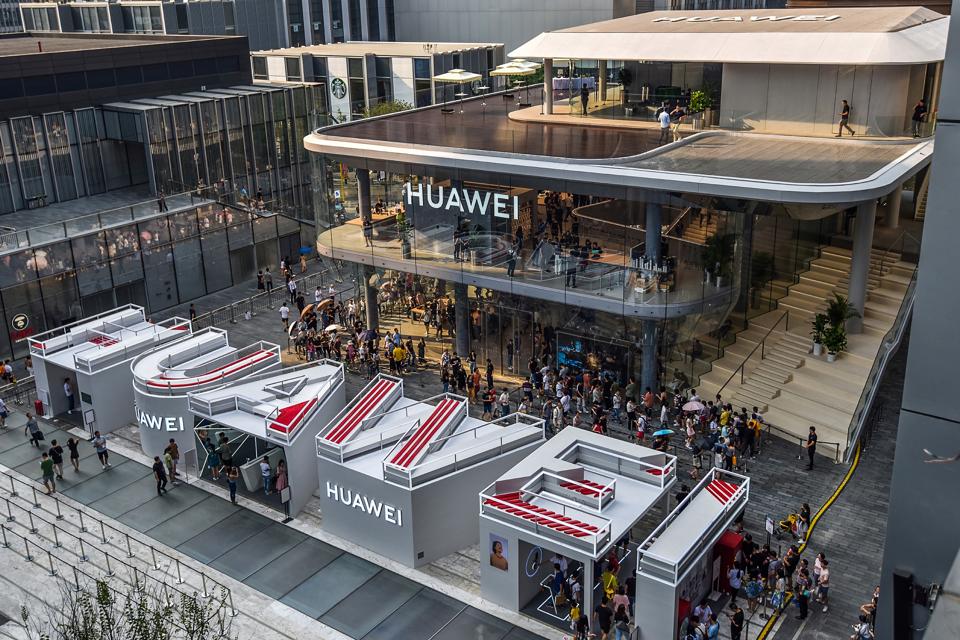 After battling Washington and its sanctions for six months, Huawei’s latest problems are much closer to home. Two issues have hit the company in the last week—they are unrelated but share a common theme: Total Dependence on China to ride out the U.S. blacklist, it seems, may not be such smooth sailing after all. Huawei needs to keep Beijing and China’s consumers onside—and that may be harder than it once seemed.

Recent hard hitting allegations that Huawei is more involved in the surveillance operations in Xinjiang than it has said in the past would ordinarily prompt the company to step back to shore up its reputation and image overseas. But it cannot risk any kind of snub to Beijing. And, closer to home, there is also now a viral backlash on social media against Huawei’s perceived treatment of a former employee who was jailed for crimes against the company. The timing could not be worse.

Support on the home front

In truth, Huawei has ridden out the first six months of U.S. sanctions with a mix of political support from the Chinese state—fighting its corner on the world stage, and patriotism from the Chinese population—buying its devices in droves. Huawei execs have admitted as much, that the foundation for its resilience has been shoring up its profitable consumer business by capturing a staggering 42% of the largest smartphone market in the world.

Beyond China, governments around the world continue to wring their hands over Huawei’s inclusion in 5G rollouts, despite the company having secured more such contracts than its competition. The latest news is that Boris Johnson looks set to harden the U.K. stance on Huawei if he wins this month’s general election. The U.S. continues to lobby and threaten—it’s a message that has received a mixed response.

The consumer side is more straightforward for Huawei. Despite famously losing access to the full Google Android experience, there seems to be widespread consumer support for the company’s technology. Huawei has played the underdog card brilliantly—consumers outside China may ultimately switch phones, but they are doing so begrudgingly.

All roads lead to Xinjiang

All this will now come under pressure, though, with allegations that Huawei has been more involved in the controversial Chinese Xinjiang region than it had admitted. Despite Huawei’s assurances to the contrary, a new report has claimed that the company was supporting surveillance projects for the regional authorities suppressing the minority Uighur population. That has not played well. As I said in my coverage, Huawei needs to withdraw from Xinjiang. If not, then its claims of a U.S. “abuse of power” become hollow and hard to swallow.

Governments and consumers around the world are watching on, but Huawei is in a bind. It is reliant on Beijing. Whether you believe U.S. claims of state control, support and influence or not, Huawei clearly needs China fighting its corner on the world stage. It cannot win this battle alone. Alienating Beijing by distancing itself from Xinjiang, while the right thing to do, cannot be done. Huawei is stuck in a game of twister of its own making. As a result, the risk will be a Western consumer backlash, a taint on the brand. And that is a risk that Huawei, it seems, cannot avoid taking.

But inside China, it’s different—there will not be a Xinjiang backlash at home. And it’s that seemingly limitless smartphone market that has upheld Huawei’s number two position for global device shipments, outgrowing both Samsung and Apple, chasing down the number one slot for 2020.

If only it was that simple. Meet Li Hongyuan. A Huawei employee for more than 13 years, Hongyuan exited the company and claimed he was owed a severance. But when a payment turned up in his bank account, Huawei accused Hongyuan of extortion. Arrest was followed by an eight month jail sentence, later cancelled and replaced by a state compensation payment. For obvious reasons, this story has been set against the somewhat more decadent detention being endured by Huawei’s CFO Meng Wanzhou in Canada.

Huawei stands by its account of events, telling the media in a statement that “we respect the independence and authority of the criminal justice process to examine and make a lawful, correct judgement—if any one person believes they have suffered damages or had their legal rights infringed, then Huawei fully supports their right to seek satisfaction through the courts.”

Hongyuan’s case, though, has irked China’s internet users who have taken to the country’s heavily restricted social media to show their support. Weibo posts on the subject were tagged with a set of numbers that quickly trended: 985—referencing the number of top universities, one of which Hongyuan attended, 996—for the 9am to 9pm, 6 days per week working hours, 035—the age Hongyuan was exited, 251—the number of days he spent in jail, and 404 to reference the censorship of the story.

A backlash at home over what is, essentially, a minor individual matter. A backlash overseas over the very serious allegations of continued support for Xinjiang. A need to play to a Western audience while upholding responsibilities at home. Some big decisions in Shenzhen to come. The company has been more contrite in dealing with the domestic backlash to its employee issue than the international coverage of Xinjiang. This is hardly a surprise. Huawei will stick to the events it can control.