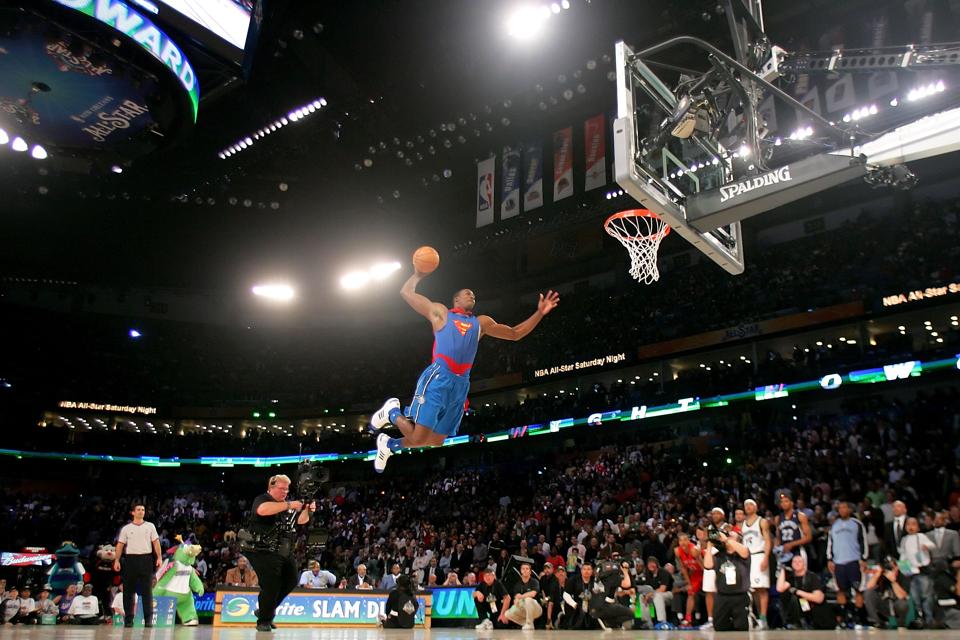 NEW ORLEANS – FEBRUARY 16: Dwight Howard of the Orlando Magic completes a dunk in the Sprite Slam … [+] Dunk Contest, part of 2008 NBA All-Star Weekend at the New Orleans Arena on February 16, 2008 in New Orleans, Louisiana. NOTE TO USER: User expressly acknowledges and agrees that, by downloading and or using this photograph, User is consenting to the terms and conditions of the Getty Images License Agreement. (Photo by Ronald Martinez/Getty Images)

Former Slam Dunk champion Dwight Howard of the Los Angeles Lakers returns to the competition for the first time in 11 years as he headlines the field of four players who will take flight in the 2020 AT&T Slam Dunk on Saturday, Feb. 15 at the United Center in Chicago.

Howard is joined by two previous second-place finishers, Aaron Gordon of the Orlando Magic and Derrick Jones of the Miami Heat, as well as first-time participant Pat Connaughton of the Milwaukee Bucks. 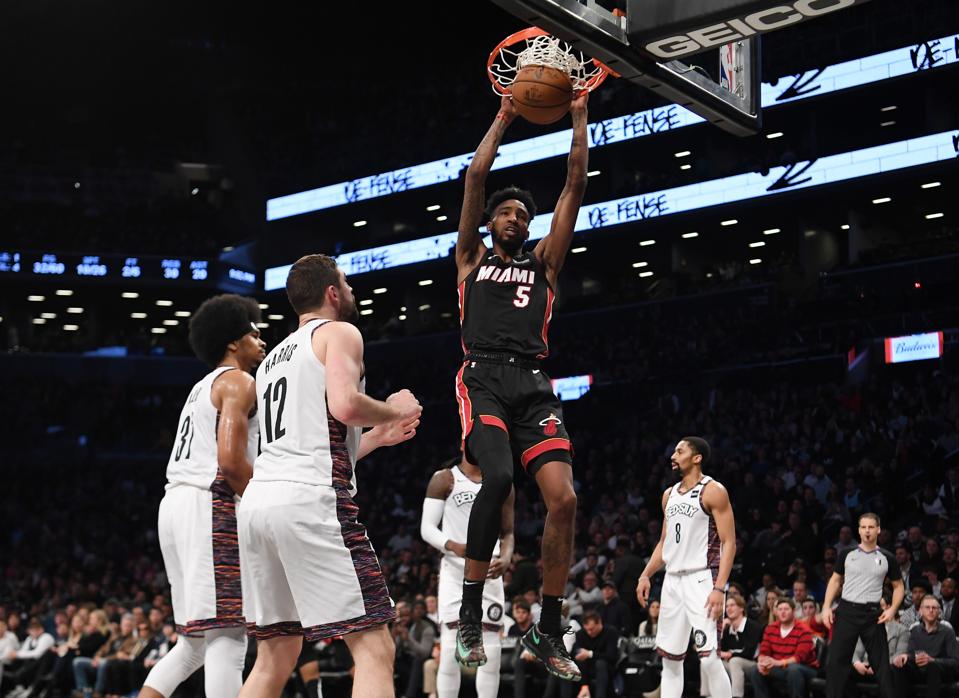 NEW YORK, NEW YORK – JANUARY 10: Derrick Jones Jr. #5 of the Miami Heat makes a slam dunk during the … [+] second half of the game against the Brooklyn Nets at Barclays Center on January 10, 2020 in the Brooklyn borough of New York City. NOTE TO USER: User expressly acknowledges and agrees that, by downloading and or using this photograph, User is consenting to the terms and conditions of the Getty Images License Agreement. (Photo by Sarah Stier/Getty Images)

All-Star Saturday Night will air live on TNT and ESPN Radio in the United States at 8 p.m. ET. NBA All-Star 2020 will reach fans in more than 200 countries and territories in more than 40 languages.

Howard, the 2008 Slam Dunk champion, will compete in the event for the first time since 2009, when he made the last of three consecutive appearances. Gordon’s runner-up performance in 2016 included three straight perfect scores of 50. Jones Jr., who turns 23 on the same day as Slam Dunk, finished second in 2017. Connaughton is seeking to become the first Milwaukee player to win Slam Dunk.

Here is a closer look at the 2020 Slam Dunk participants:

• Pat Connaughton, Bucks (1stappearance): The 6-5 guard is in his second season with Milwaukee after spending his first three NBA seasons with the Portland Trail Blazers. Connaughton (CONN-uh-ton) recorded a max vertical leap of 44 inches at the 2015 NBA Draft Combine, tied for the third-highest mark in event history. He was selected as a pitcher by the Baltimore Orioles in the 2014 Major League Baseball Draft.

• Aaron Gordon, Magic (3rdappearance): Gordon returns to AT&T Slam Dunk for the first time since 2017. The 6-9 forward ranks third on the Magic in scoring (13.6 ppg) and second in rebounding (7.2 rpg) in his sixth NBA season.

• Derrick Jones Jr., Heat (2ndappearance): As a rookie in the 2016-17 season, Jones became the first player to compete in AT&T Slam Dunk and play in the NBA G League in the same season. Since then, the undrafted Jones has earned a full-time role in the NBA. Nicknamed “Airplane Mode” for his leaping ability, the 6-7 Jones won a national dunk contest for high school players in 2015.

Steve Cohen’s Deal For Mets Reportedly In Trouble; These 3 Questions Will Dictate What Happens Next

The Stimulus Check Prepaid Debit Card Is Not...

What Venture Capitalists (VCs) See For 2020