Breaking
Zynga Stock Looks Attractive At $9
How Russian Thieves Use Dark Web To Get...
France Off Travel Corridors And FCO Exempt List
Ask Ethan: Why Are The Moon And Sun...
When To See The Moon And The Planets...
IRS-CI Involved In Largest-Ever Seizure Of Terrorist Organizations’...
The Check Really Is In The Mail. After...
Epic Games Vs Apple: Why You Won’t Be...
Senator Kamala Harris Proposed A Bold Tax Credit...
Deal Terms To Reduce The Risk When Buying...
Multiple Sclerosis Drug Shows Promise For HIV Prevention...
The Neglected Piece Of Retirement Planning
It’s No Longer A Viable Option For Capitalism...
Virtual Credit Cards: An Extra Layer Of Protection...
Lessons From The Rainforest: Human Health Leads To...
Four Easy Ways To Bolster Your Company’s Reputation
Home Technology ‘Fortnite’: Don’t Watch Travis Scott’s Astronomical Concert On YouTube
Technology 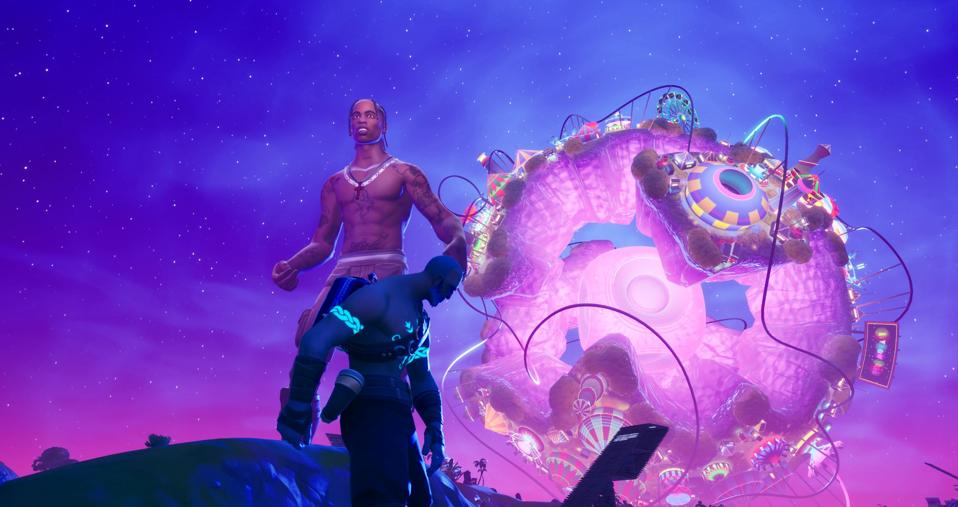 I missed last night’s show, due to conflicts with a pre-scheduled toddler bedtime. Luckily, Fortnite is running multiple shows of its Travis Scott “Astronomical” concert, and I caught the one this morning at 10:00 AM Eastern. It was stunning. There are only so many things to say about this dramatic expansion of a concept Epic Games has been working on for years, but suffice to say it is a glimpse into the future of entertainment in a way that the Marshmello concert only hinted at. It come to us with a kind of grim provenance as one of the few pieces of live entertainment that we can enjoy during lockdown, but it would have been revolutionary regardless.

Here is what I will say: do not watch this on YouTube. Or Twitter, or wherever it is you might see a video of it. Avoid spoilers if you can. Even if you don’t play Fortnite, I strongly recommend that you download it and watch it there.

The reason is simple: this concert is not a video. It is not meant to be viewed that way. You’re meant to be in it, wheeling around to catch different parts of the action, seeing something insane out of the corner of your screen and then letting it fill your vision seconds later. You’re meant to move your little character to catch different angles, you’re meant to feel the track transitions not just with sound but in how your avatar feels. You can get some of this from a video, sure. But you’re doing yourself a disservice if you don’t go in there and watch it.

Odds are, the device that you’re reading this article on can also be used to play Fortnite, whether it’s a phone, a laptop or a desktop. Perhaps you are reading this on a PS4, I don’t know: it is not a demanding game, it works on a most everything that people use to play games on.

So get Fortnite, pick a showtime from this list and sign-in 15-30 minutes before the game. Don’t worry about playing in any traditional way: the only way to engage with the game, at that time, will be to watch the concert. So go do it, I want to see some default skins out there.

Emergency Cash: Monthly Payments Up To $5,500 For Families And $2,000 For Individuals

What Do Recent Surveys Tell Us About Small Business And The Crisis?