Breaking
What do we mean by a ‘regulated’ online...
Why Communication Is So Powerful In The Age...
OpenSooq, The Best Website to Buy Used Cars...
Hot Tips to Reduce MacBook Pro Fan Noise
How to Make the Most Out of Your...
7 Examples Of Using AI For SEO
How to Launch a New Restaurant Business
Start the Year Debt Free
How to clear a browser cache on a...
Which are the best software providers of slots...
How Investing Can Help You Save For Retirement
Key Software Tests to Conduct Before Product Launch
Why so many people play slots online in...
Why businesses should prioritise Cyber Security
What You And Your RTO Business Need To...
4 SEO Trends for Websites You Should Not...
Home Technology ‘Fortnite’: Here’s A Code For The Free ‘Wrath’s Wrath’ Wrap, How To Redeem
Technology 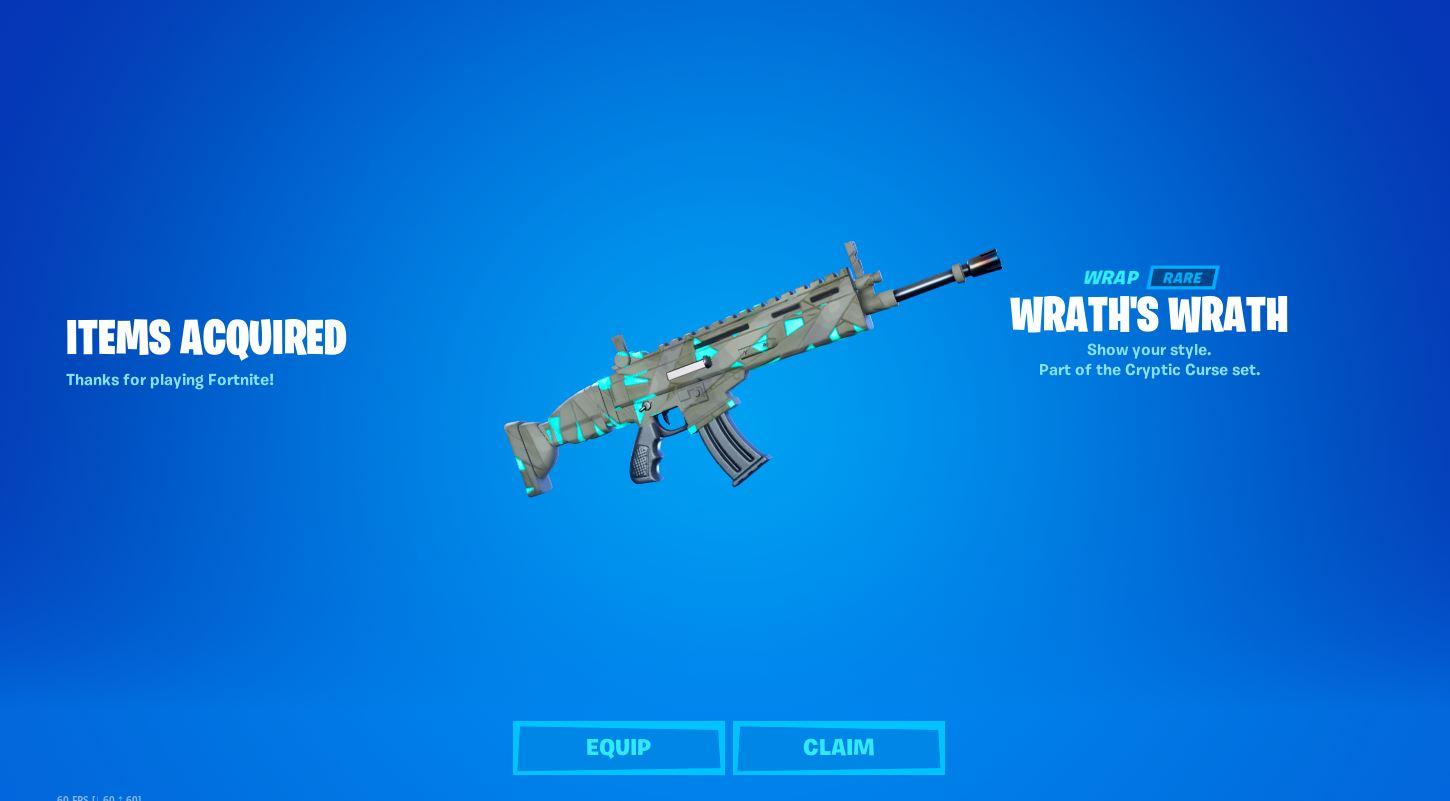 Most of the time you’ve got to earn or buy Fortnite cosmetics, but every once in a while you get one for free. Such is the case right now, with the Wrath’s Wrath Wrap that Epic just dropped through the little-used code redemption system. So go ahead and grab it, and then try saying it five times fast. Here’s how to do that.

All you’ve got to do is go to the Fortnite code redemption website here and log in with whatever account you used to access Fortnite: there are a ton of those, after all. Once you’re there and through 2-factor authentication, input this code:

Next time you sign into the game, you should have your free wrap. It’s not a particularly interesting one, I’ll be honest, it’s not the most interesting wrap out there, though perhaps it looks better with the full Cryptic Curse set and the titular Wrath skin, which is pretty cool, overall, a sort of Western-ish Mummy that harkens back to the Western theme the first Fortnitemares had. When I first saw it I assumed it was “Wraith’s Wrap”, which it is not.

Overall, it’s a cool Halloween this year, all shrouded in purple and giving players the ability to come back from the dead, possess vehicles and splatter living characters. It’s a little like what Warzone is doing, to be honest, even if “come back from the dead” is sort of a gimme when it comes to Halloween events. There’s always some pressure on this one because Fortnitemares was the first major event of its kind that the game threw, and I’d say this year’s lives up to the precedent.

Stay tuned as more challenges become available, however. So far we’ve got to do things like eat candy and ride broomsticks around, but finding Witch’s Shacks is going to be a bit trickier, so we’ll be here to help with a guide on that front. Other than that, the season is also almost over, so we’ve got sort of a lot of stuff going on in the game at this moment. The new season is slated to start two days after the Presidential election, which is sort of the only marker of time I’ve got these days.

How Propel And Vote.org Helped Register 60,000 SNAP Beneficiaries To Vote