Breaking
What You And Your RTO Business Need To...
4 SEO Trends for Websites You Should Not...
3 Reasons Why Desk Booking Is Rising In...
8 Tips to Play & Win at Online...
How can software benefit facility management?
Do Professional Casino Players Pay Taxes for the...
Becoming a Trading Expert: What Is the Best...
Dos and Don’ts for B2B Organisations in 2022
Should your business be using Machine Vision?
Colour Masterbatch vs Raw Pigments – Which Is...
Keeping your business moving as you expand online
Top Four Celebrities Who’ve Invested In Cryptocurrency
Why is Cloud Computing Tipped to be the...
How to Raise Money for Non-profit Organizations in...
Choosing the right theme for your WordPress Business...
A Guide to Using Celebrities to Promote Your...
Home Technology ‘Fortnite’ Tie Fighter Crash Site Locations: Where To Raise Your Banner
Technology

As it turns out, the Storm Troopers from the other week were just sort of an advance party. Star Wars has now come to Fortnite in a major way, following a special event that debuted an exclusive scene from Rise of Skywalker in game. Now we’ve got lightsabers, First Order Stormtroopers, Tie Fighters and, crucially, some new challenges. Many mostly revolve around doing damage with lightsabers and blasters, but some require you to capture Tie Fighter crash sites from First Order stormtroopers. Read on for a map, guide and location for where to capture Tie Fighter crash sites and raise your banner.

You can spot these from the air: there’s a bit of smoke coming up from the ground, but you do sort of have to be looking at them in order to find them. From what I can tell there are only three sites, which stacks with the 3-stage challenge. In total you’ll have to capture crash sites 6 times: 1 for the first challenge, 2 for the second and 3 for the third. Here’s where you want to look: 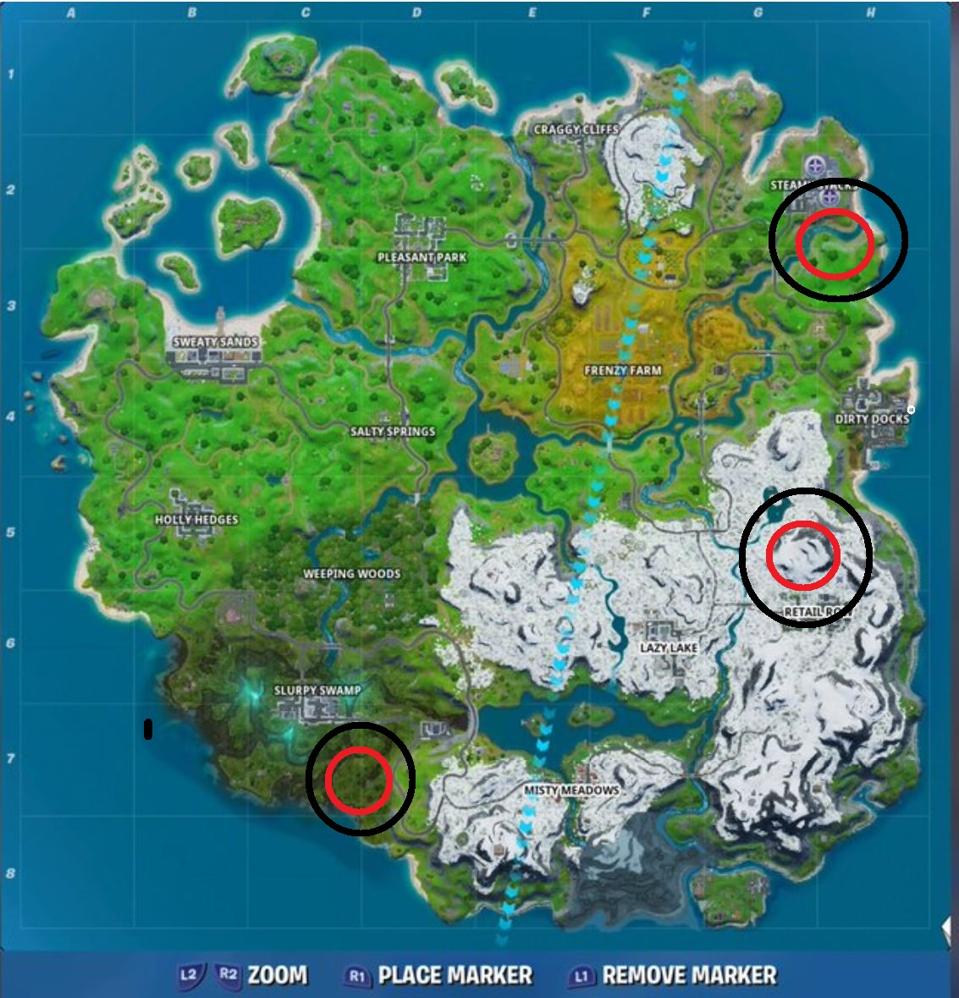 A word to the wise! Do not land at these things. There are stormtroopers there, and they are no joke: they’re a lot tougher than Fortnitemares, and they will kill you if you’re not prepared. try to land somewhere nearby and make sure you got a long-ish range weapon and ammo before heading in. When you kill them, they’ll drop the first-order blaster rifle, which is a capable weapon in its own right. In keeping with canon, however, it’s not all that accurate.

If you kill all the stormtroopers, you’ll be able to head to the center of the crash site and raise your banner to complete the challenge: you won’t be able to do this until they’re all down. Be aware that these are popular locations right now, so you might come up against a human opponent or two in the process. I was wearing my stormtrooper skin, which might count as a bit of camouflage?

Overall, it’s an impressive event so far. I’m going to drop back in and try to grab a lightsaber.

In Brazilian Teen Gabriel Martinelli, Arsenal Have A Solution For The Now And Star For The Future