Founders, This Is Your Martian Moment. Help Isn’t Coming.Survive. 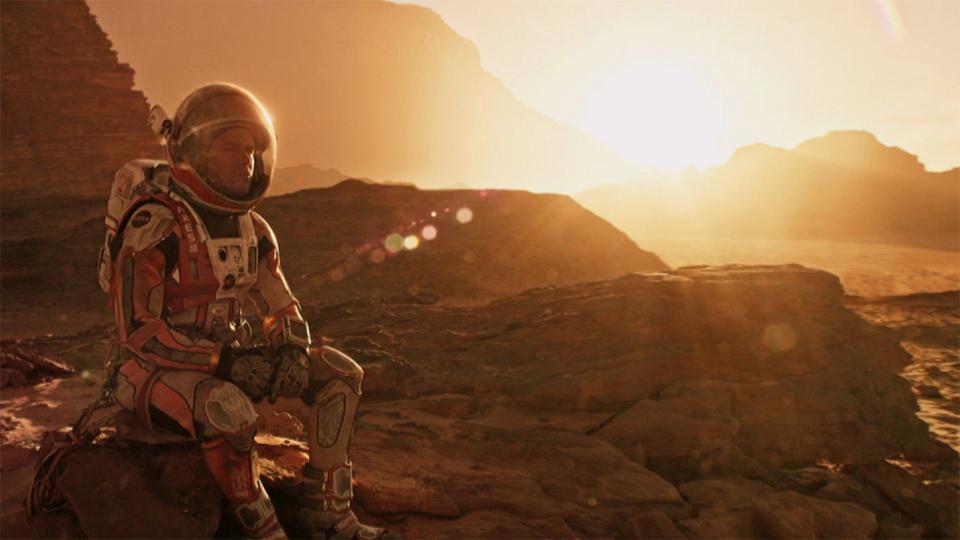 “At some point, everything’s going to go south on you. ‘You’re going to say, this is it. This is how I end.’ Now you can either accept that…. or you can get to work.”

Speaking to a group of astronaut recruits about his survival journey on the Red Planet, astronaut Mark Watney declared this astute quote above.

When I turned to one of my favorites space movies (yes, I liked the book better too) for comfort yesterday in what turned into a dark week for many startups, I didn’t expect The Martian to be full of tactical wisdom for entrepreneurs in a crisis. In the end, of course, both narratives are marked by a kindred desperation for survival.

Not having been in the workforce during the dot-com, 9/11 or 2008 market downcycles, I’ve spent much of the last two weeks seeking guidance from respected, experienced VC General Partners about what happens next for their portfolio companies, and mine. There has been one consistent piece of advice from all of them on survival:

Yet not every founder I’ve spoken to or heard from seems to be getting this same message. Founders have been protective of dilution, trying to optimize for up rounds in bridge financings, or confident their runway until this October or December will keep them alive for holiday sales to boost revenue. Or kicking off a new round of ‘Zoom fundraising’ on April 1 will help you get a lead investor by the summer, so you can keep your stellar sales team together.

At the acceptable risk of being alarmist in this unprecedented moment, let me spell it out: You are now stranded on a strange planet and help is light years away. COVID-19 is your startup’s Martian Moment. There’s no time to panic. It’s time to get to work.

Help Isn’t Coming For a While. What Can You Do to Survive Until Then?

If your company’s 2020 plan was to raise venture capital in April to stay alive, I regret to inform you that this option is unavailable to you now.

Most (good) VCs are spending the majority of next month with their portfolio companies, helping revise 2020 guidance, identifying ways to cut burn and extend runway. If you have the ability to do so, speak with your investors proactively about your own runway concerns. Bring them a revised expense projection and decide together what your startup’s new measures of success will be to get a bridge in place now or in the very near future.

One word of caution: Being super dilution sensitive in these scenarios is woefully shortsighted. If you really want to preserve your team and runway, some trade offs will have to be made for your company’s survival.

I also strongly believe that it’s not enough to just have runway until our collective shelter-in-place ends. In fact, that’s just the end of Phase 1 — The Epidemic. Only after we emerge from our HAB, and survey the job and productivity losses will enter Phase 2 — Recession. There’s not a model yet that reliably indicates how long this 2nd Phase could last yet.

Likewise, if you raised your Seed round from a traditional Series A or later stage firm, you’re going to find that reserve capital, like Martian shit, flows downhill. Those VCs will be bolstering up their larger allocations first before they get to, forgive me, their “option bets”. I hope that when we return to relative normality in early-stage markets soon, we don’t forget these valuable lessons in round and cap table construction.

We all know the capital markets will thaw again. That could be as soon as a month from now or as late as the Fall. But make no assumptions about when you can raise again. Avoiding course correction now and hoping for the best later, is not how the paranoid survive.

On Mission Control and Martian Potatoes

In times of crisis, human civilization naturally turns to those with the most battle-hardened experience in our communities, which is just what I’ve been doing. Spark Capital’s Todd Dagres put his first piece of advice quite succinctly on a call this week:

“You’ll want to cut some fat. But what you need to cut is all the fat and some muscle, so that you don’t have to cut bone later”

In fact, every experienced GP from Foundry’s Brad Feld to SaaStr’s Jason Lemkin had remarkably similar feedback — you’ll never regret overreacting in a crisis, but you will regret under-reacting and having to make cuts again, before you can raise additional capital.

Yes, there are plenty of Twitter VCs saying they are “open for business” — at 40% valuation discounts, mind you— but those tend to skew to larger firms with $1Bn+ AUMs. Smaller firms with dry powder will deploy sparingly but right now, many are dealing with their existing portfolio and keeping their own Limited Partners calm through this rapid change in atmosphere.

All of this is not to say that VCs won’t be taking meetings with you — in fact with so much time in the next month, many will take cold inbounds or courtesy intros they wouldn’t have entertained during normalcy. Enterprise buyers may be doing the same thing with your software. With everyone frozen in place, decision makers suddenly have a lot more time for discovery. Take those meetings with enthusiasm but don’t let the influx of interest give you a false sense of hope.

Think of these interactions as Martian potatoes filling the top of your funnel with leads you couldn’t have accessed just a few months ago. Nothing wrong with counting on them for future revenue, just don’t count on these seedlings to keep you alive right now.

Treat Your Crew With Dignity and Transparency

Moments of crisis are great at bringing single-minded focus on the core customer problem and the survival mission at hand. But that narrowing and deepening of focus mean many startups will be letting go of valuable team members, and unfortunately in this COVID environment, all of these conversations will have to happen over video conference.

While cutting deeply, quickly and aggressively, it’s important not to forget and be empathetic to the human element. How you treat your teams now, will be remembered long after we all emerge from this crisis. Support them as much as you can and they want — if not financially, then with job introductions, references and emotional counsel.

I can vouch for the importance of this empathy first hand. I was laid off from my very first job out of college when UBS let go ~60 of their 120 first-year analysts, just so they could pay bonuses to the leftovers. Yet to this day, I remember and am grateful for the tact, transparency and grace that my Managing Director Chuck McMullan showed me in the moments during and after that impossibly difficult conversation.

Last week, one entrepreneur told me he let go 10 of his staff now, so that he might survive long enough with his core team, to hire as many of the rest back when demand recovers. Another set of founders isn’t taking a salary so they can retain top engineers for at least another 6 months to finish building and deploying their flagship product. Anecdotally, founders with more specialists, than generalists, have struggled more to find balance when rightsizing.

Running lean naturally favor generalists, quick studies, and problem-solvers. Identify these people on your team and communicate to them that more will be asked of them than they signed up for. True generalists will welcome these challenges with curiosity and excitement. In a COVID world, it’s not enough to be a great Astronaut to survive. You’ll need to be a botanist, mechanical engineer and comedian too.

In closing words of the film, Astronaut-turned-Professor Mark Watney reminds his charges of the simple, but effective, way out of any crisis.

Founders, I hope you also survive long enough on this strange planet we find ourselves on, to build your rocket ship and get to ‘come home’. Good luck and Godspeed.

A Barolo Vintage That Displays The Power Of Longevity