The coronavirus outbreak had been simmering in China for weeks at the start of the year and eventually boiled over during the country’s Lunar New Year break for the week of January 25, causing widespread havoc. Having surfaced in Wuhan, Hubei province, the coronavirus has since acquired global pandemic status after its spread to 24 countries.

Unsurprisingly, its pain both physical and economic is being felt closest in the country of its origin. The outbreak has left China reeling with the death toll having surpassed 1,000 on Tuesday (February 11) and there are over 40,000 reported cases. Alongside the tragic human cost, come profound economic implications for Beijing at the worst possible time and place.

Engulfed in a prolonged trade tiff with the U.S. accompanied by a correction in its economy, China saw an economic growth rate of 6.1% in 2019; the weakest on record for nearly 30 years. The scale and speed of the coronavirus contagion is undoubtedly worsening matters. 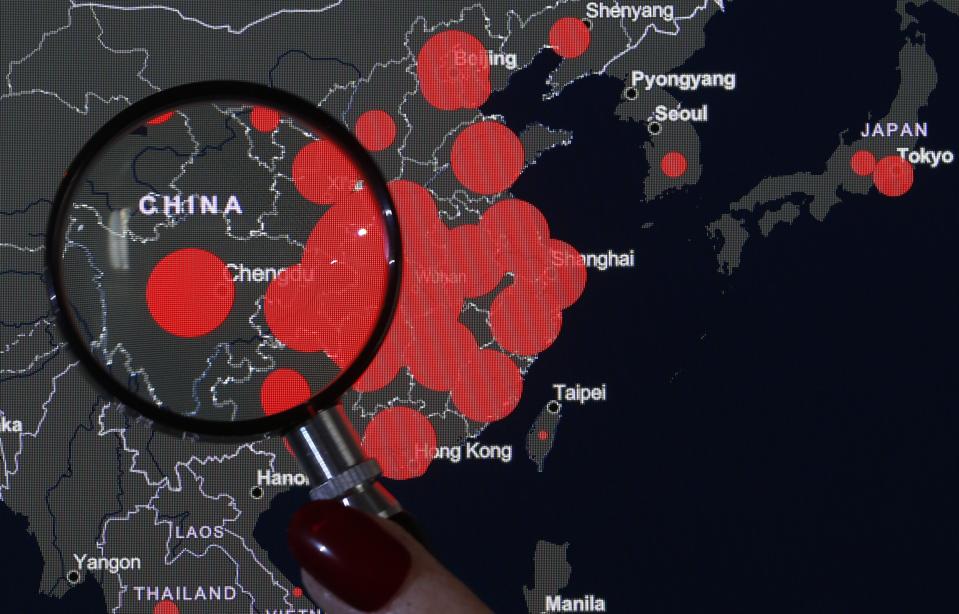 The Coronavirus outbreak has left China reeling with the death toll having surpassed 1,000 on … [+] February 11, 2020 and there are over 40,000 reported cases. (Photo: Chesnot/Getty Images)

On February 3, the Shanghai Composite index closed nearly 8% lower; its biggest daily drop for more than four years offering an indication of how the market perceives the current state of affairs. Practically every sector, excluding pharmaceuticals and healthcare, took a knock and here are four factors owing to which China’s economy is likely to receive a hammering over the next two quarters at the very least.

By some estimates over 40% to 45% of China’s adult population is under mandatory or self-imposed quarantine. From factories to offices, shopping malls to cinemas, shipyards to stadiums, many places are temporarily off limits. The Lunar New Year, a time of peak spending for Chinese consumers and a boom time for retailers, has turned into a damp squib.

It could get worse still given the amplified role of consumer demand as a driver of economic growth compared to 2003, when China last suffered a pandemic on this scale with the SARS outbreak.

“When compared to the 2003 SARS outbreak – also part of the coronavirus family – the now much increased contribution of consumer demand as a driver of growth means that the coronavirus outbreak could have a greater economic impact than in 2003,” says Martin Petch, Vice President and Senior Credit Officer at Moody’s. 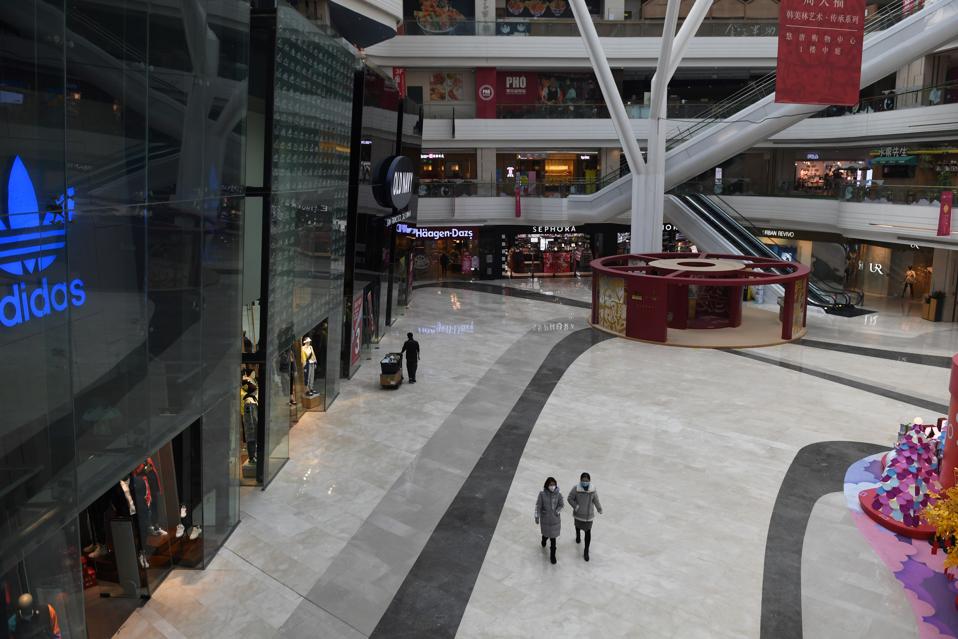 While the SARS outbreak caused China’s GDP growth and financial asset valuations to drop significantly, it did so only for a short period before an offsetting rebound. That will not be the case this time around, and the negative effects to headline growth would be larger courtesy a lowering of discretionary consumer spending on transportation, retail, tourism and entertainment. The coronavirus is also hitting a much larger part of China and its population compared to SARS.

As with any quarantine, the transportation sector would bear the initial brunt with whole towns, cities and districts closed off, however temporarily. Within that sector, civil aviation will reel the most.

According to the US Energy Information Administration around 12,000 flights departing from airports located in mainland China, special administrative regions of Hong Kong and Macau, and Taiwan were cancelled in January alone. The official figures, when published, are likely to be dire for much of February too.

Ground transportation is already taking a hit. During the first 10 days of the Lunar New Year holiday, rail and toll road passenger traffic was down 73% compared to the same period the previous year. The impact is further exacerbated by the government’s decision to extend the annual toll-free period to accommodate deferred holiday traffic, says Moody’s analyst Ada Li. 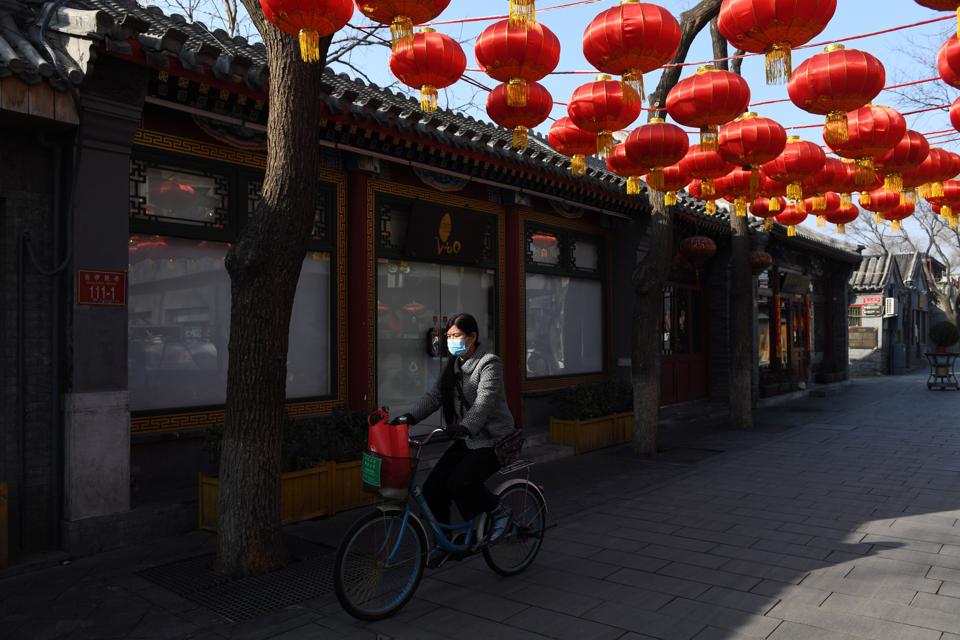 A woman wears a protective face mask as she cycles past closed shops in Nanluoguxiang alley, … [+] normally bustling with tourists, in Beijing on February 10, 2020. (Photo: Greg Baker/AFP via Getty Images)

“The ultimate impact will of course depend on how the outbreak unfolds over the next few months, but overall we expect it may take some time for passenger volumes to recover, given the potential impact from the coronavirus on China’s economic growth, and as passengers could opt for travel by private car for some time to minimize their exposure to other members of the public,” she adds.

China is a global manufacturing powerhouse, and despite its gradual move towards a more services oriented economy, the current hiatus is being keenly felt. Manufacturing output and procurement is likely to suffer as numerous factories operated by foreign and domestic companies have suspended or lowered production. These include big names such as Apple, Toyota, Panasonic, Foxconn and Volkswagen who have paused operations across China.

For now, the outage is being described as temporary but few can rule out an even more serious and longer-lasting impact at a time of several unknowns. “This could be down to differences in the behavior of the coronavirus compared to SARS, a larger effect from government travel restrictions and firm closures, and a much more connected economy this time around,” notes Oxford Economics.

China is the undisputed leading importer of crude oil taking in on average 14 million barrels per day (bpd) of oil. Decline in consumer demand, manufacturing activity and transportation could result in a drop of as much as 20-25% of daily crude oil imports of ~3 million bpd, at least for the first two quarters.

Regional picture remains troubling too. For instance, as China’s seventh-largest province by GDP, the slowdown in Hubei – the province at the epicenter of the outbreak – will have ripple effects on nearby cities and provinces. Hubei’s role as a key manufacturing and transportation hub, linking China’s eastern coastal area with the central and western regions along the Yangtze River Economic Belt, increases the contagion effect of both the region’s economic slowdown and the spread of the virus, according to Moody’s, highlighting lower demand for oil being among the big worries.

But apart from headline imports of crude oil, China is a refining and petrochemical powerhouse that cracks crude and re-exports products and distillates to East and South East Asian countries lacking refining infrastructure. It churns out anything from jet fuel to paraxylene, a petrochemical used to make textile fibers and bottles, and much else in between in terms of olefins and polyolefins. 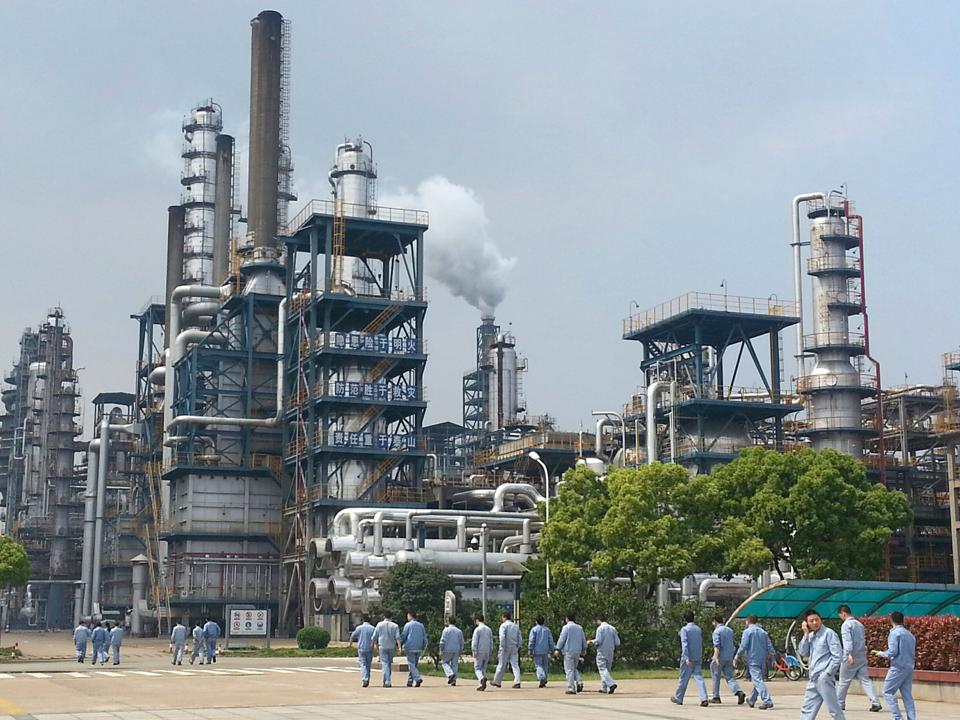 In fact, the country has over 200 refineries that make it the world’s biggest petrochemical-producing nation. Overcapacity and a squeeze on margins was already impacting headline growth before the coronavirus hit.

Given key manufacturing hubs of Shanghai, Jiangsu, Zhejiang and Chongqing, saw production shutdowns, and Hubei remains in lockdown till February 14, production and export, and domestic consumption of raw materials like naphtha, ethylene, propylene, styrene monomer and monoethylene glycol will remain down.

Economic recovery will depend on how hard and fast China gets a handle on the outbreak, and the level of stimulus it can provide. There is a sense, this is already happening. On February 3, in order to curtail the potential economic impact of the outbreak, the People’s Bank of China injected RMB1.2 trillion ($173 billion) into the financial markets and lowered interest rates on reverse repurchase agreements by 10 basis points.

It also pumped an extra RMB150 billion ($22 billion) into the economy to ensure there is enough liquidity in the banking system. As with the outbreak, this is just the beginning and the effectiveness of policy easing is unclear with Beijing looking likely to post economic growth of 5% or lower for 2020.

Sprint Stock Soars 77% On T-Mobile Merger, Here’s Why One Expert Thinks It Could Keep Surging

Coronavirus Gets A New Name; COVID-19. Here’s Why Renaming It Is Important