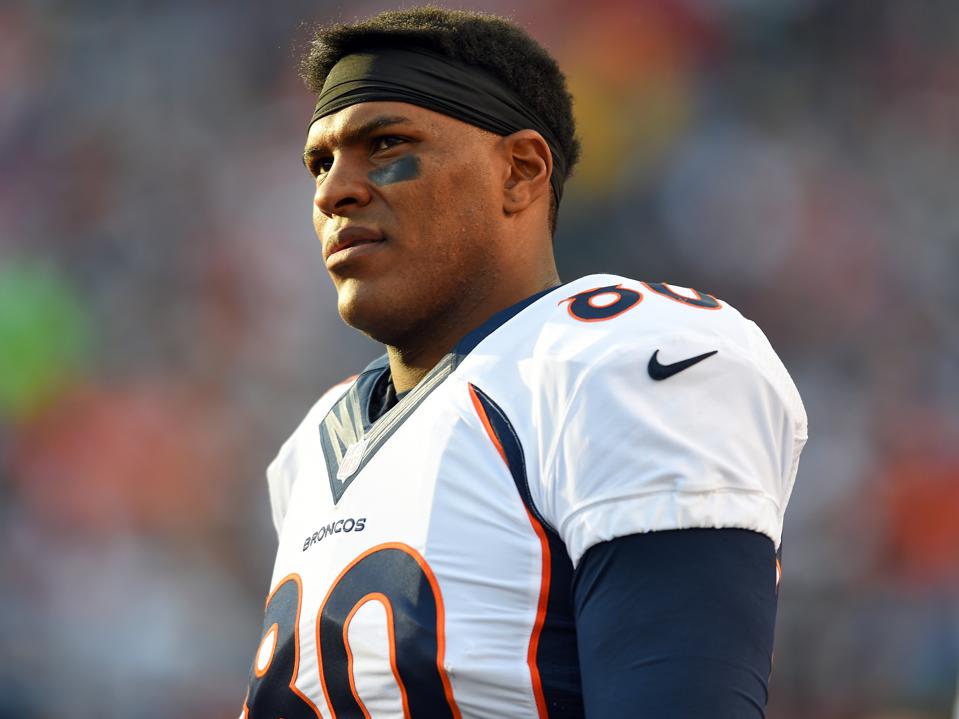 Difficulty with simple math, slow and abnormal gait, irrational outbursts, forgetting your child’s name or how to tie your shoelaces. Sounds like a 72-year-old nursing home resident, right?

Not quite. Try a 38-year-old former football player.

“I was told, ‘After your career, you’re going to struggle with memory loss, anxiety, concentration and depression.’ Why didn’t I know this earlier??” 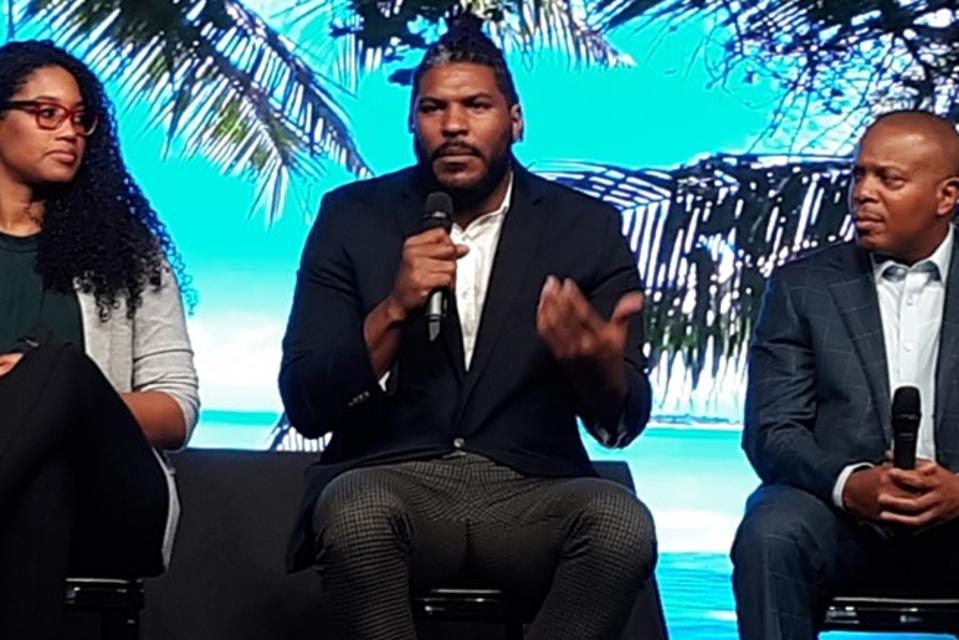 The Brain Health Summit was the premier lead-in event to this year’s 33rd Annual Super Bowl Party. Organized by super-agent, Leigh Steinberg (a.k.a. the “real Jerry McGuire”), and human rights activist, Nicole Fisher, the event brought together an interdisciplinary group of experts and professional athletes to discuss sports, health and wellness.

Fisher, moderator and Forbes contributor, started off the event in a collaborative spirit. “We wanted to bring together the best in medicine, science, research, professional sports and community advocacy.” 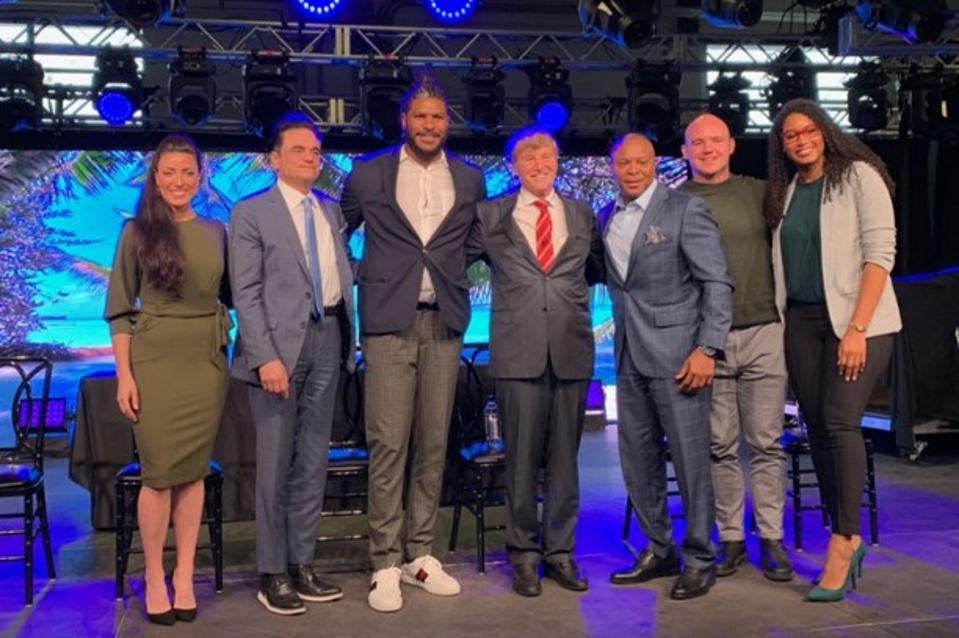 Steinberg and Fisher had been planning this Summit for years, combining their networks and different areas of expertise to create an event that signified their shared vision about brain health.

“When Leigh and I created the Brain Health Summit, we knew the first few years were going to be difficult,” said Fisher, founder of HHR Strategies. “Our partnership is truly a special one that puts people first.” 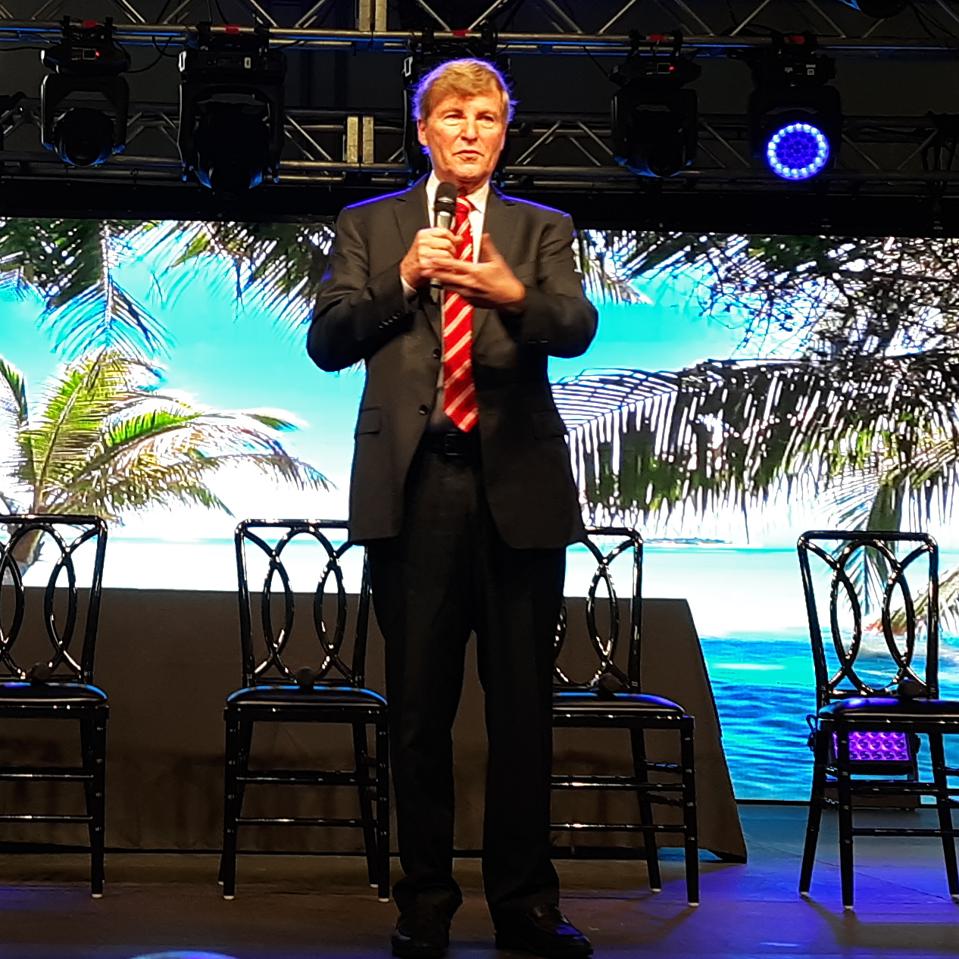 Sports agent and philanthropist, Leigh Steinberg greets the audience at the Brain Health Summit, the … [+] day before Super Bowl LIV in Miami.

Steinberg, who has been open about his recovery from alcohol addiction since 2010, is deeply passionate about athletes’ health. “I had a crisis of conscience: I was representing players in the ‘80s who were suffering from TBIs.” The founder of Steinberg Sports and Entertainment added, “We now know that this is a worldwide problem. The brain is the last frontier for breakthroughs in science.”

“I feel a responsibility to these players,” added Mr. Steinberg. 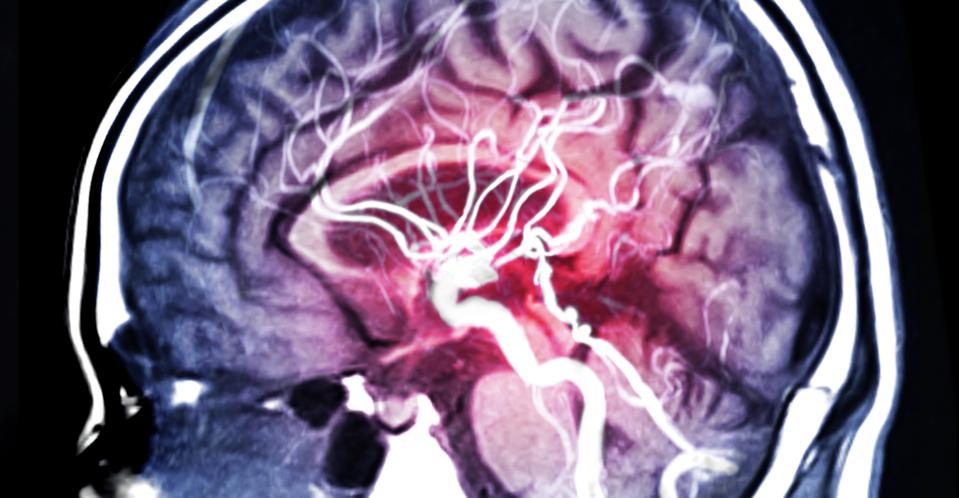 Magnetic resonance angiography (MRA) of blood vessels in the brain. MRA imaging can reveal stenosis … [+] (abnormal narrowing), occlusions and aneurysms which can rupture during sports-induced collisions.

Despite the dire consequences of brain disease, there was reason for optimism.

“We’re at an exciting time,” according to TBI expert, Ross Zafonte, D.O. But he said we need to frame the discussion of athlete brain health based on childhood experiences. “Who did you used to be? What were you like as a child? What exposures did you have?” were sample questions posed by Dr. Zafonte, Chief of Physical Medicine and Rehabilitation, Massachusetts General Hospital. 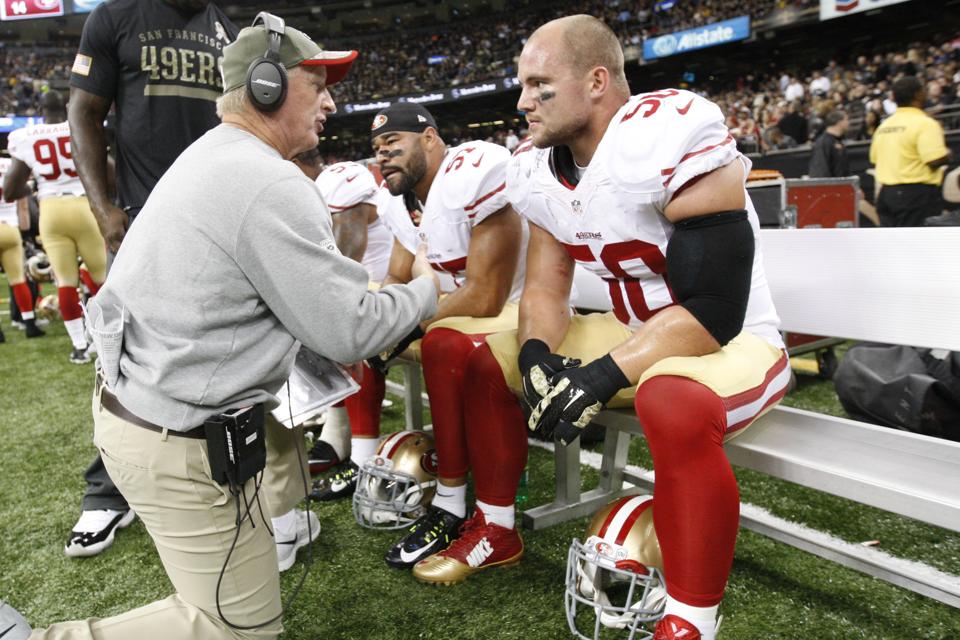 Former NFL linebacker and panelist, Chris Borland, experienced his first concussion at age 13. Today, he is working with the Center for Healthy Minds at the University of Wisconsin-Madison. “We’re teaching our athletes about meditation,” which Borland feels has made him calmer and more aware of his emotions. As a physician who practices AND preaches mindfulness, daily meditation has certainly transformed my perspective and improved my mental clarity.

Julius Thomas, former NFL tight end, is pursuing a doctorate in psychology in order to help other athletes with brain-related health issues. “Anxiety and depression are issues that can be addressed now. We need to educate players about problems *above* the shoulders.”

Thomas also urged inclusion of players in the conversation. “We need to ask them, ‘What do you need? How can we help you?’”

Fisher knew that the obstacles to discussing sensitive topics such as neurologic and behavioral problems in America’s beloved sport of football: “Many people in and around sports weren’t willing to have the tough conversations that were necessary regarding brain injury, mental health and those contextual factors that influence emotional and physical wellbeing.” So she invited Morris Copeland, Director of the Miami-Dade County Juvenile Services Department, to discuss those “contextual factors” – namely strategies to mitigate at-risk youth from entering and/or re-entering the criminal justice system.

Fisher knew that the obstacles to discussing sensitive topics such as neurologic and behavioral problems in America’s beloved sport of football: “Many people in and around the sport weren’t willing to have the tough conversations that needed to be had regarding brain injury, mental health and those contextual factors that influence emotional and physical wellbeing.”

Brains Get Hurt in Other Sports, Too 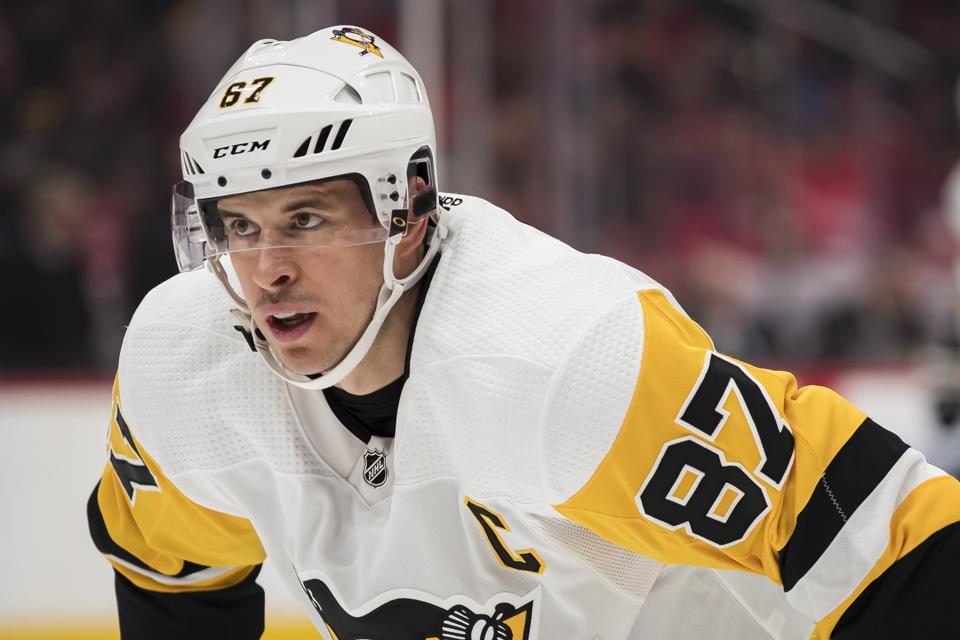 Stanley Cup Champion and Canadian Olympic Gold Medalist, Sidney Crosby of the Pittsburgh Penguins … [+] has sustained multiple concussions over the course of his career (Photo by Scott Taetsch/Getty Images)

Brain injuries are not exclusive to football. As a Torontonian, I grew up watching hockey. One of the greatest players in the National Hockey League, Sidney Crosby, has missed over a 100 games as a result of repeated concussions. Soccer and head injuries also go hand-in-hand – particularly in women. According to a study in the journal Pediatrics, female soccer players are at nearly the same risk for traumatic brain injuries as boys who play football.

As a doctor, public health advocate, sports fan and storyteller, I found this event fascinating. Primarily, perhaps, because I find the brain itself fascinating. And who wouldn’t? As much as I love my heart, liver and pancreas, the brain is the only organ that is responsible for roles as varied as concentration, memory and mood swings to sleep, speech and vision. The brain is the most complex machine known to human kind. And yet we understand at best 10% of how it functions. Perhaps its association with the most human of qualities – love, anger, sorrow and hope – explains why brain diseases such as addiction and mental illness are the most stigmatized social problems in the world. We need FAR more events like this that break down silos and unite the best in medicine, sports, research, law, entertainment, finance and policy. I believe that science, storytelling and collaboration will reduce shame and increase access to evidence-based treatment and care for people with brain injuries. It’s long overdue. 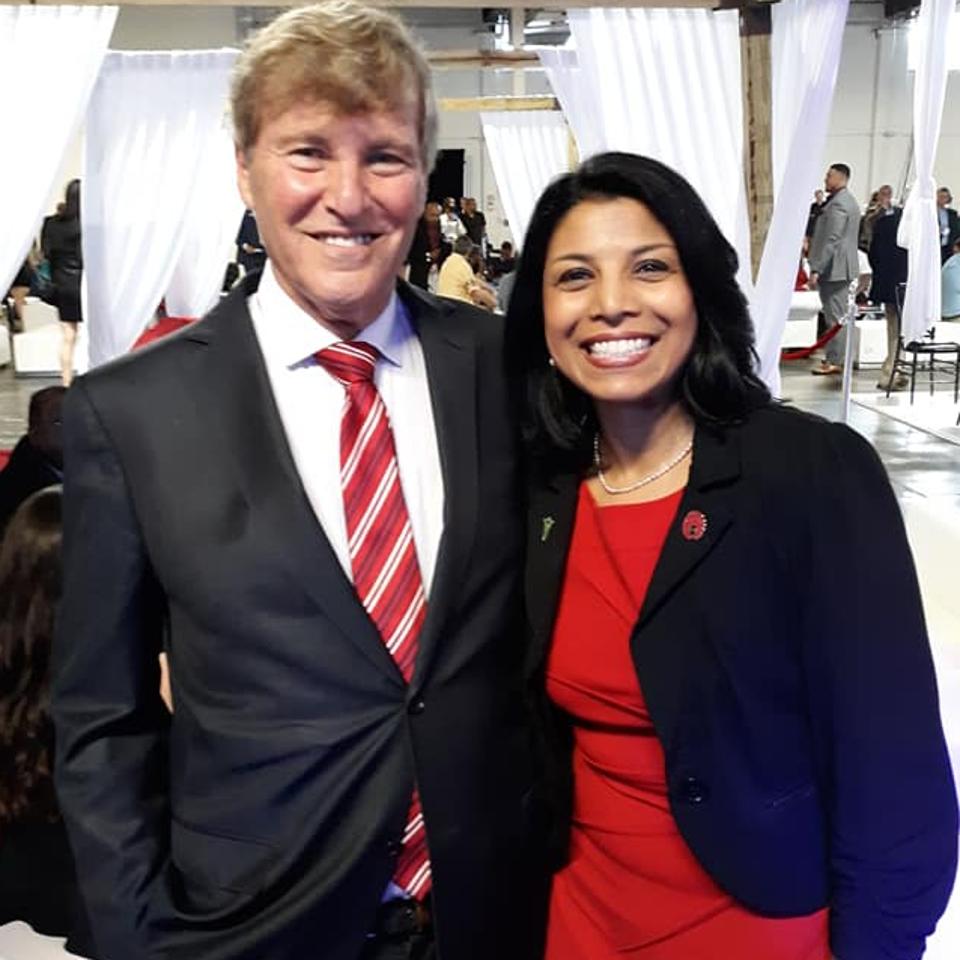 Are Your Remote Workers Compliant?

Googling For ‘Star Wars: The Rise Of Skywalker’...