Breaking
Why You Should Stop Using Your Facebook Messenger...
IRS Collections Appears To Be Broken
Google Search Rival DuckDuckGo Exceeds 100 Million Daily...
Intel: Poised For A Comeback?
Ignore These 4 Funds And You’ll Miss An...
5 Reasons Customer Service Employees Become Negative And...
Call Of Duty’s Dominance In The Gaming Industry...
How This Teen Yoga Instructor Became An Entrepreneur,...
7 Ways Pain-Free Ways Save $360 Per Month
Jeff Bezos Once Again The World’s Richest Person...
As The Bitcoin Price Whipsaws, These Radical New...
HHS Secretary Alex Azar Submits ‘Resignation Letter,’ Effective...
Tapping Into Health To Excel In Business
Weekend Favs January 16
Over 11,000 Ice Cream Cartons Recalled Due To...
My Top Ten Concerns About The 2021 Tax...
Home Finance France Issues Lockdown As Coronavirus Rages Through Europe. Here’s How Other Countries Are Slowing It Down.
Finance

France Issues Lockdown As Coronavirus Rages Through Europe. Here’s How Other Countries Are Slowing It Down. 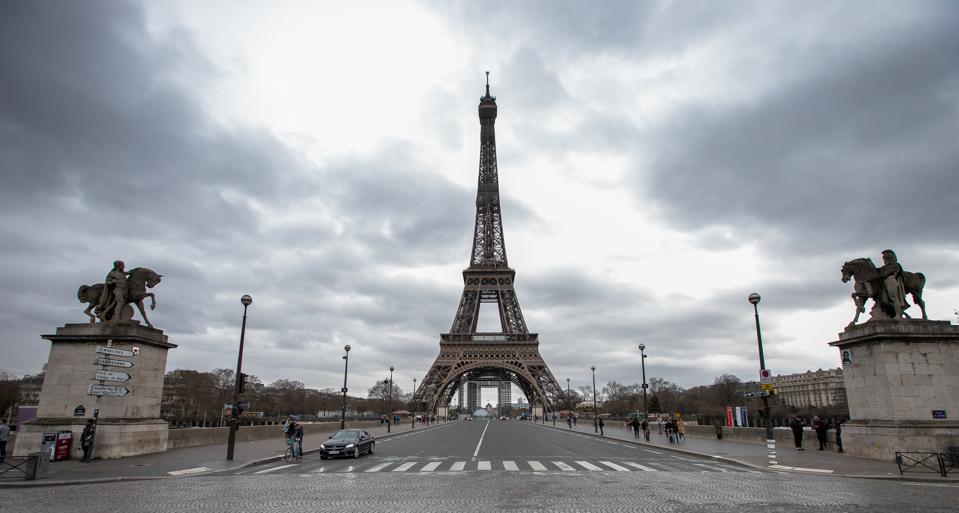 The global outbreak is now moving faster in Europe than it is in Asia.

Topline: France on Saturday became the latest European country to close all non-essential businesses to combat the coronavirus pandemic—it joins Italy, which instituted a country-wide lockdown on Wednesday, and Spain, which is also expected to declare a lockdown this weekend, in enacting official measures to enforce “social distancing” practices to deter the spread of the virus.

Big number: Coronavirus cases in France have more than doubled in the last 72 hours to 4,500, according to the New York Times. Italy has the most cases in Europe with 21,156, according to Johns Hopkins, followed by Spain with 6,023.

Crucial quote: “I make no apologies,” New Zealand Prime Minister Jacinda Arden said after announcing the country’s new quarantine measures. “This is an unprecedented time.” Arden said that New Zealand will have the “widest ranging and toughest border restrictions of any country in the world.” Currently, New Zealand has 5 confirmed cases of the virus.

Key background: According to Johns Hopkins, there are currently 154,219 confirmed cases of the virus worldwide and there have been 5,789 deaths so far. In the U.S., the outbreak has now spread to 49 states. On Friday, President Trump declared a national state of emergency that will free up $50 billion in funding for relief efforts in the United States. House Speaker Nancy Pelosi also announced on Friday that the House of Representatives and the Trump administration had reached a deal on a coronavirus relief package that is expected to direct tens of billions of dollars to address the pandemic, including provisions for free coronavirus testing, paid sick leave and food assistance for Americans in need. The Senate is expected to vote on the bill early next week.

IUPUI Made Its First-Ever NCAA Tournament — Then, The Season Abruptly Ended