Breaking
Everything You Need To Know About EMI Option...
Social Security’s Government Pension Offset (GPO)-A Common Sense...
5 Practical Tips for Small Businesses Going Through...
Part II: How To Optimize Product Ownership In...
How Zoom Conquered Video Conferencing
How To Meet Customer Expectations This Holiday Shopping...
A Technology Solution For Muni Bond Disclosure
Five Common Ways To Fund A Small Business...
Your Floss Pick Habit Is Killing The Planet,...
Customer Service Recovery: Six Keys To Turn Complaints...
10 Unique Habits To Positively Impact Your Productivity
How Becoming A Learning Organization Is Key To...
IRS Increases Enforcement On Cryptocurrency: What This Means...
Optimus Prime Finally Gets The Diaclone Update He...
No, There Isn’t A Black Hole At The...
The Fed Could Be Repeating This Key Mistake...
Home Finance France Must Make Nissan Concessions, Or Renault Faces Existential Threat
Finance 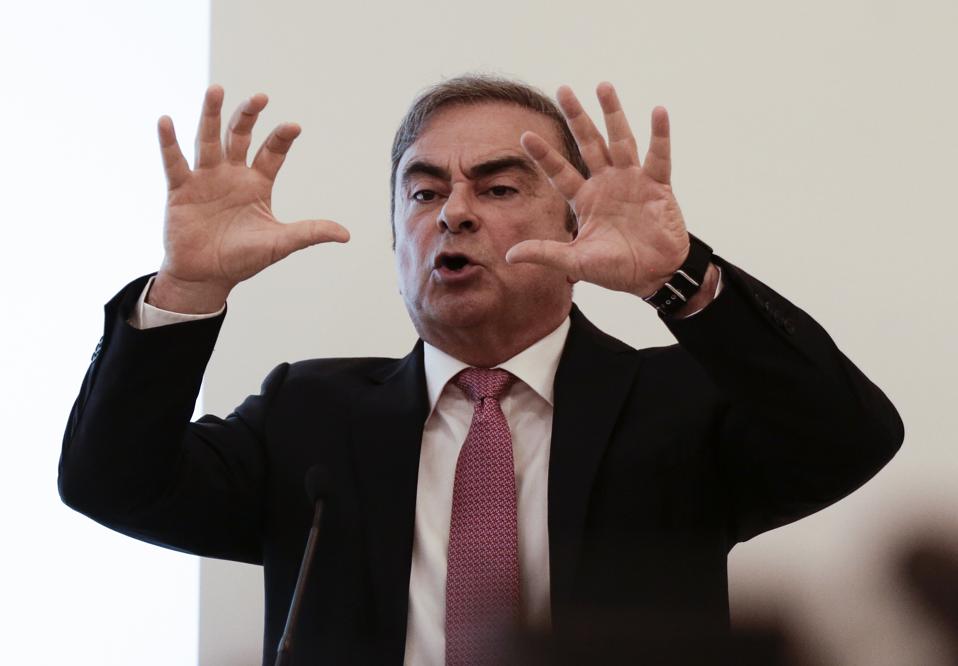 Renault faces an isolated and precarious future as its alliance with Nissan stumbles and possibly fails. There is only one sensible route which might guarantee success and that requires the eating of serious humble pie by the French government.

France has to give up or at least slash its stake in Renault, which in turn must concede more power to Nissan in what has become a one-sided Alliance agreement.

And a report in the Financial Times on Sunday saying Nissan has accelerated contingency planning for life without Renault, shows action is urgently required.

Earlier last year, Renault was expected to merge with Fiat Chrysler Automobiles (FCA), but that was vetoed by the French government, courtesy of its 15% stake. France’s Groupe PSA stepped in and has now agreed a merger with FCA. The reasons for the veto were never explained, but the decision means that any future suitor for Renault is likely to end up looking elsewhere, rather than deal with this powerful and unpredictable shareholder.

Meanwhile the alliance with Nissan and the minor partner Mitsubishi Motors has been creaking so badly, it’s hard to see how it can continue, particularly in the light of the Carlos Ghosn shenanigans.

When Ghosn-led Renault bailed Nissan out of bankruptcy in 1999, the French company clearly had the upper hand. But it still has a 43% stake in the Japanese company, even though over the years Nissan has outperformed Renault. Nissan has a 15% non-voting stake in Renault. As Nissan was restored to profitability, it soon was making much more money than its owner and that became an increasing irritant to the Japanese.

Ghosn was apparently told by the French government early in 2018 to make the alliance permanent and he told a press conference in Beirut last week he had warned that Nissan was unlikely to agree with this while France was a Renault shareholder. 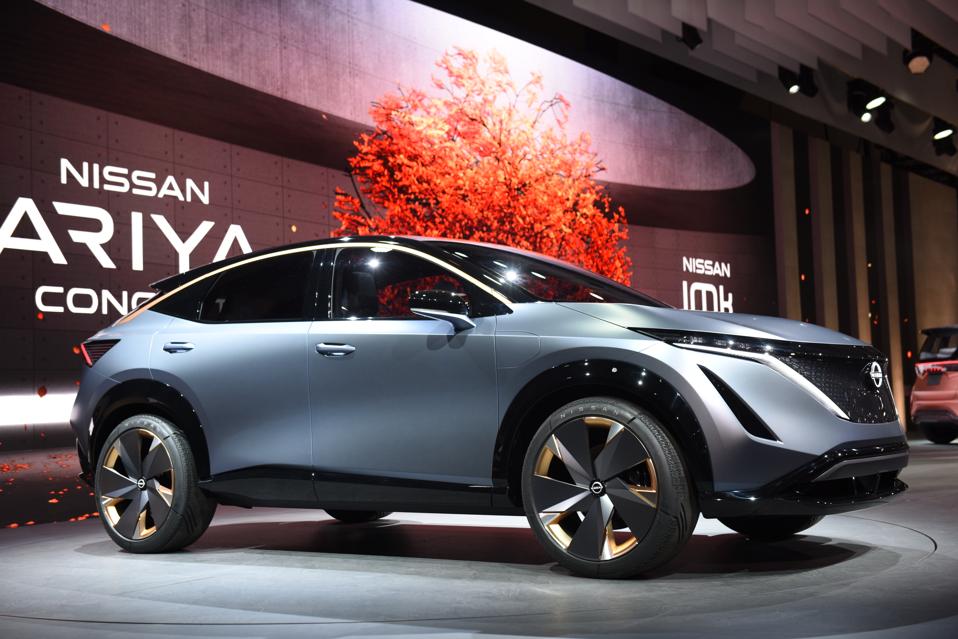 Ghosn was arrested on November 19, 2018 in Tokyo when he was chairman of the French-Japanese Renault-Nissan-Mitsubishi alliance. He was charged with failing to disclose $80 million worth of compensation. Ghosn maintains his innocence. And with the controversy burgeoning around Ghosn after his escape from Japan, it’s worth remembering this. Ghosn was held for weeks, initially without charge. He was subject to interrogation without his lawyer present. Prosecutors tried to coerce a confession. He was finally allowed bail after months in jail, with only limited contact with his wife. Perhaps most importantly, in Japan, more than 99% of defendants are convicted.

Meanwhile the Alliance has been in a kind of limbo, with many investors assuming it would soon be laid to rest. If that happened, Renault would be alone in the global auto industry where scale was the key to mass market survival. After the failure of the FCA negotiations, there are no obvious candidates for a merger or alliance. GM has pulled out of Europe. Ford Motor has a deal with Volkswagen on electric cars and vans. The minor players in Japan like Mazda, Suzuki and Subaru are close to Toyota. That maybe leaves a deal with a Chinese manufacturer. The bottom line appears to be that if the 10-million-cars-a-year Renault-Nissan-Mitsubishi alliance fails, there is nowhere for Renault to go.

In the real world, it has no other option to create scale and efficiency than to make the alliance with Nissan work. The key to this is the French government. It must grit its teeth, eat humble pie, humiliate itself, and sell off its stake in Renault, which in turn must offer Nissan an equal stake in the alliance.

Investment researcher Evercore ISI reckons it’s curtains for the alliance, and France is unlikely to be humble enough to make the concessions Nissan will need.

“We firmly believe the relationship between Renault and Nissan and hence the Alliance is broken and most likely beyond the point of repair,” Evercore ISI analyst Arndt Ellinghorst said.

Fitch Ratings analyst Emmanuel Bulle is a bit more positive, although he assumes egos on both sides will be constrained for the greater good of the alliance.

That’s a bit of an assumption. 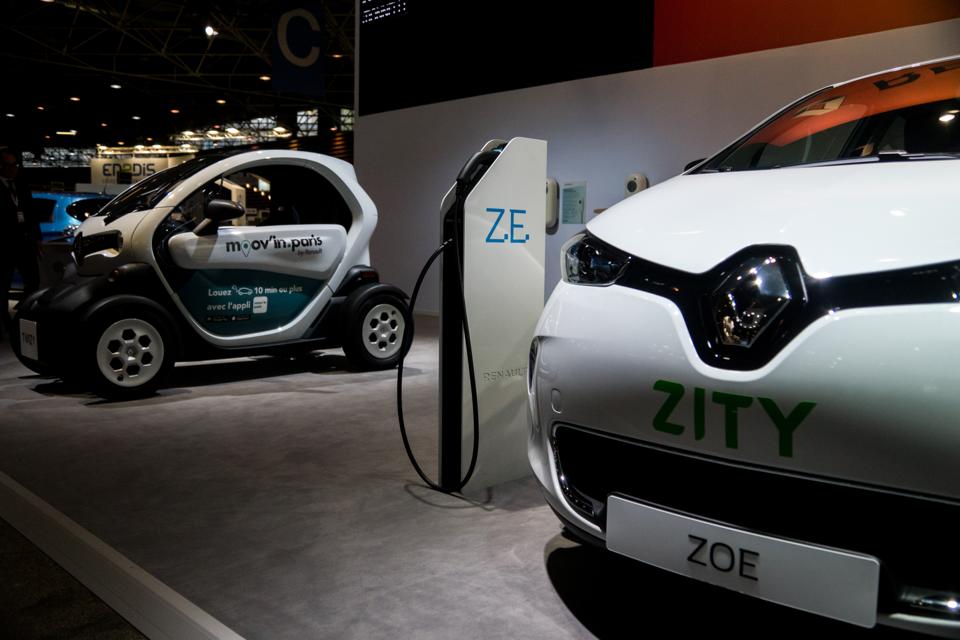 An electric Renault Twizy and Renault Zoé. Renault has been a leader in electric cars, but a laggard … [+] in plug-in hybrids. (Photo by Nicolas Liponne/NurPhoto via Getty Images)

“(for Renault) working further with Nissan will be critical if the companies want to remain credible players in the industry. Competing against VW, teaming up with Ford in some domains, Toyota and its solid financial structure, a new formidable competitor in the name of PSA/FCS, relentless German premium brands and other Asian players with global ambitions, could create a renewed sense of urgency at Renault and Nissan to resume joint discussions and projects and find a common ground to work together,” Bulle said.

Bulle said there have been doubts expressed about the value of synergies actually nailed down by the alliance, but these could be achieved if Renault and Nissan refocus their efforts, and certainly better than if the marriage ends in divorce.

“I believe that it will be easier to mend the relationship between Renault sand Nissan and build up on the work already done over time than starting from scratch with new partners, Chinese or not,” Bulle said.

Investment researcher Jefferies sees big theoretical possibilities for the alliance, but analyst Philippe Houchois has his doubts that the problems can be resolved.

“Outside of the alliance, Renault looks a bit lonely and small and because of the way France has behaved in the past, by vetoing the FCA merger, why would other companies want to talk,” Houchois asked.

Houchois said Renault and Nissan have to make clear that the claimed synergies of shared purchasing and shared product engineering have been achieved. France needs to show flexibility.

“France needs to make concessions and allow Nissan more equity. But I’m not sure equalising the stake, the most logical option, is going to happen,” Houchois said.

He said if the alliance can’t be repaired, there is a looser option where Renault could still get some benefit from joint plants, engineering and purchasing with Nissan. Nissan could then focus on Mitsubishi which together would have more bite and scale than Renault, which would leave the French company looking very isolated.

Evercore ISI’s Ellinghorst can see a route to saving the alliance, but doesn’t believe France will be able to face making the necessary concessions.

“While we believe a divorce sadly appears to be the more likely outcome, we continue to stress that if the Alliance is to be salvaged, the relationship needs rebalancing. In order to achieve this, the French side should sell down to less than 40% which would trigger Nissan’s eligibility for voting rights in Renault. Both parties should sit eye-to-eye at the table,” Ellinghorst said.

“This, in our view, would better reflect today’s economic realities, honor each side’s stakeholders and create shareholder value. The fact that the French side doesn’t seem to be willing to give up some of its control over Nissan is at the core of all problems in our view,” Ellinghorst said.

France has to make a tough but simple decision. It must sell its stake in Renault or slash it drastically, and lean on Renault to concede equality of ownership to Nissan in the alliance. If not, Renault will be left exposed to bigger predators in the global auto market.