Breaking
Florida Supreme Court Tells The American Bar Association...
How to Write Perfect Paid Social Media Marketing...
How To Boost Productivity In Your Small IT...
How Restaurants Can Design a More Sustainable Food...
Expenses That Small Business Owners Need to Be...
How You Can Make Saying Goodbye To The...
Biden To Meet Royal Family At Cornwall’s Eden...
It’s Going To Be Emotional — Going International...
Peer Mentoring For Students: STEM & Buds
7 PR Trends in 2021: The Story So...
Google Plans Radical New Google Pixel Smartphone Upgrade
Where Did COVID Come From?
Ride To Growth With A Business Vehicle
C3.ai’s Tom Siebel: How To Scale AI
Moz Acquired by iContact Marketing Corp
10 Examples of Brands Using TikTok Stitch and...
Home Finance French Economy “35% Below Normal,” Report Says
Finance 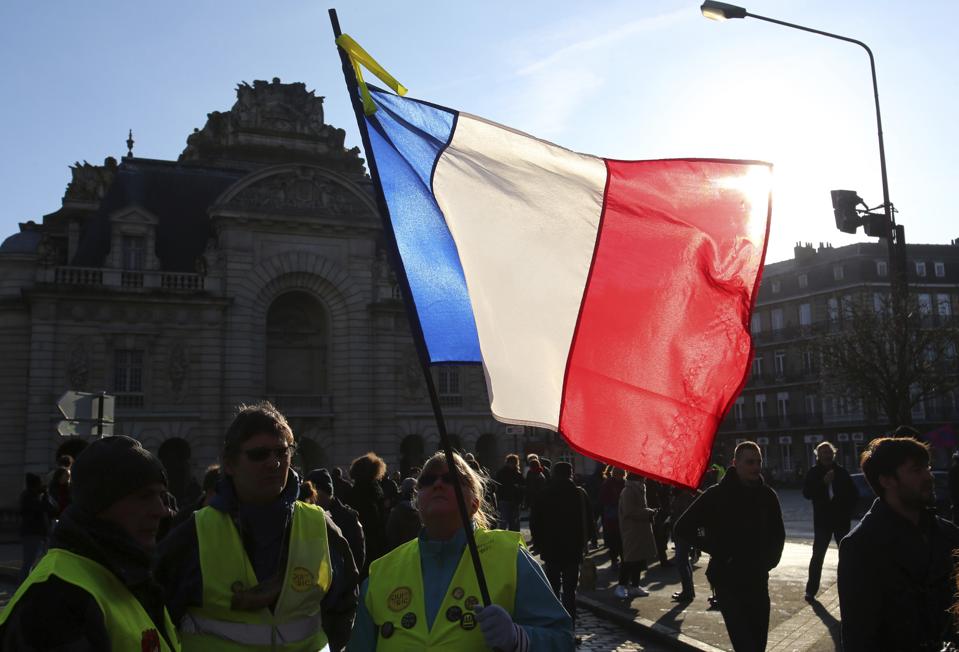 The impact the coronavirus lockdown, which began less than two weeks ago on March 17, is already having a far worse effect on France than naysayers could have foreseen.

New estimates from government statisticians show that the French economy is operating 35% below normal, according to a recent report from UK-based financial research firm Capital Economics.

That means that even Capital’s dire forecast of a 15% GDP drop for France’s economy could turn out to be optimistic.

The French economy shrank 0.1% in the fourth quarter of 2019, according to the Trading Economics Website. That slight fourth-quarter decline had come after continuous healthy growth going back to 2016.

So far, the French statistics, while early, are a rough estimate, as the Capital report explains:

In other words, the statisticians looked at metrics that usually correlate closely with how well the economy is doing.

It should be clear that while such indicators are directionally useful, they don’t give anything like a precise measure of growth or decline in the entire economy. Not so far, anyway. That means that we can’t say with certainty that the French economy is going to shrink 35%.

Still, the implications are huge for everyone, including investors.

The data “provides an early indication of just how badly the economy is faring during the lockdown,” states the Capital report. That stay-at-home order came less than two weeks ago.

However, Capital Economics now thinks its early estimate of a 15% drop in France’s GDP in the six months through June “may be too conservative.”

“The overall damage will depend on how long the lockdown lasts and how quickly activity rebounds,” the report continues. Or put simply, the sooner this crisis ends the better.

Even so, France’s situation might even look good compared to Italy. That’s because Italy has lately taken harsher measures to combat the spread of the disease than has France.

“[…] for those economies where the lockdown is even more restrictive, such as Italy, activity may well be running even further below normal,” the Capital report states.

Founders Feud At Hype House Gets Nasty: An Armed Guard, A New Lawsuit—And A Breakaway Group Of TikTok Stars