Breaking
How The US Department Of Health & Human...
Why Do Chinese Companies List Their Shares In...
Can You Get Covid-19 Coronavirus From Food? Frozen...
Winklevoss Twins Tell Bar Stool’s Dave Portnoy To...
Berkshire Hathaway Doubles Down On Net Lease REIT,...
70% Of Americans: Ban Foreign Apps
This Week In Credit Card News: Pandemic Brings...
Three ‘Big Impact’ Surprises That Could Slam Stocks,...
Quantum Computing: What Does It Mean For AI...
5 Questions With Jonathan ‘Magar’ Martinez Cannabis Curing...
5 Concise Questions With Jonathan “Magar” Martinez Cannabis...
Lessons From The Frontlines: Preparing A Global Vaccine...
Behind The Curtain—Chapter 11 From The Inside—Chapter 4—First...
What To Look For In A Nursing Home...
Apple’s Radical iPhone 12 Upgrade Suddenly Confirmed
5 TikTok Growth Hacks You Need To Know
Home Business French Strikes: Here’s What You Can Expect In Paris Friday January 17
Business

French Strikes: Here’s What You Can Expect In Paris Friday January 17

As the French mega strike enters its 44th day, Paris commuters can expect another frustrating and chaotic day ahead Friday January 17.

Three of the 16 Metro lines are up and running fully as usual, another six are operating full hours yet with about 2 trains in 3. On the rest, it varies, but several are operating only during peak hours.

That means Metro services are still running at less than half steam across the board; the RER and Transilien suburban lines about 70%.

“For Friday January 17, the RATP forecasts disrupted traffic, yet a significant improvement compared to Thursday January 16 on the Metro and RER networks,” the public transport authority says in a statement.

Every day this week the RATP has claimed “significant improvements” on the previous day, but in truth, Friday is much the same as Thursday, with some slight improvements: 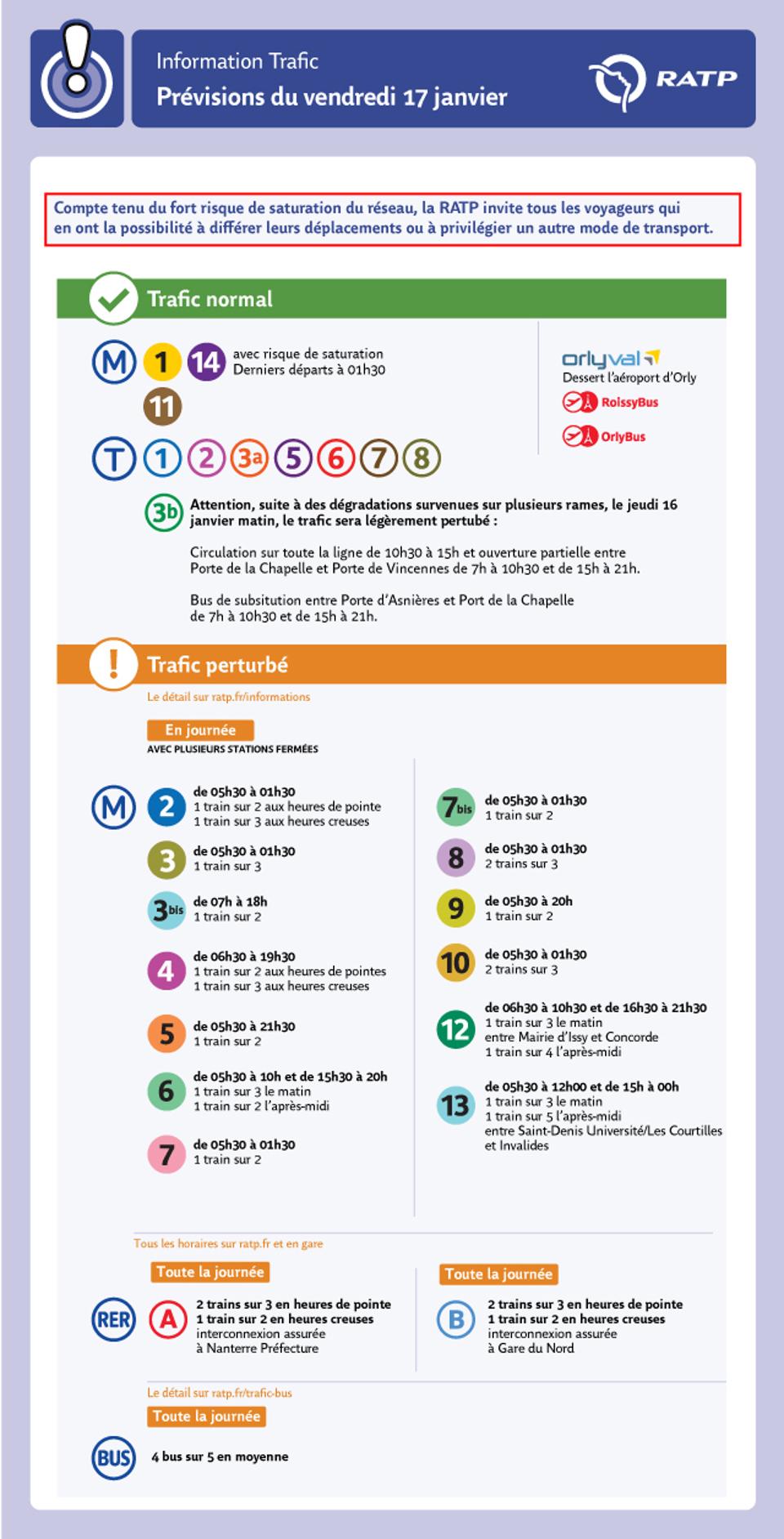 The RATP’s traffic forecast on Paris and Greater Paris Metro, RER, Transilien, trams and buses for … [+]Friday January 17 as the transport strike enters its 44th day in the French capital.

Traffic on the Tramway will be ‘normal’ promises the RATP, and 4 in 5 buses will run.

Thus, again the less than optimistic advice for those seeking commuter encouragement and true signs of a recovery:

“The RATP invites all travelers who have the possibility to postpone their trips or to choose another mode of transport.”

3 Trains In 4 On Average Predicted On Transilien Lines

And On The National Rail Network

The SNCF says TGV traffic will be” almost normal”, with trains running full steam on most of the networks, 9 in 10 trains in the case of the Atlantique axis towards west and southwestern France. The low-cost TGV Ouigo are fully up and running for now. 80% of TER regional trains will leave the station. Only the Intercités services continue to be affected with 3 in 5 trains running.

Much The Same Expected Saturday In Paris

Now into its seventh week, the walkout by transport workers in protest over government pension reform has brought much of the Greater Paris public transport to a grinding halt since December 5.

The RATP says it has 1,200 agents in the field ready to support and inform travelers baffled travelers. This would particularly apply to those tourists who’ve just flown in, and are not well-accustomed to the strikes, as Parisians and many French people are. 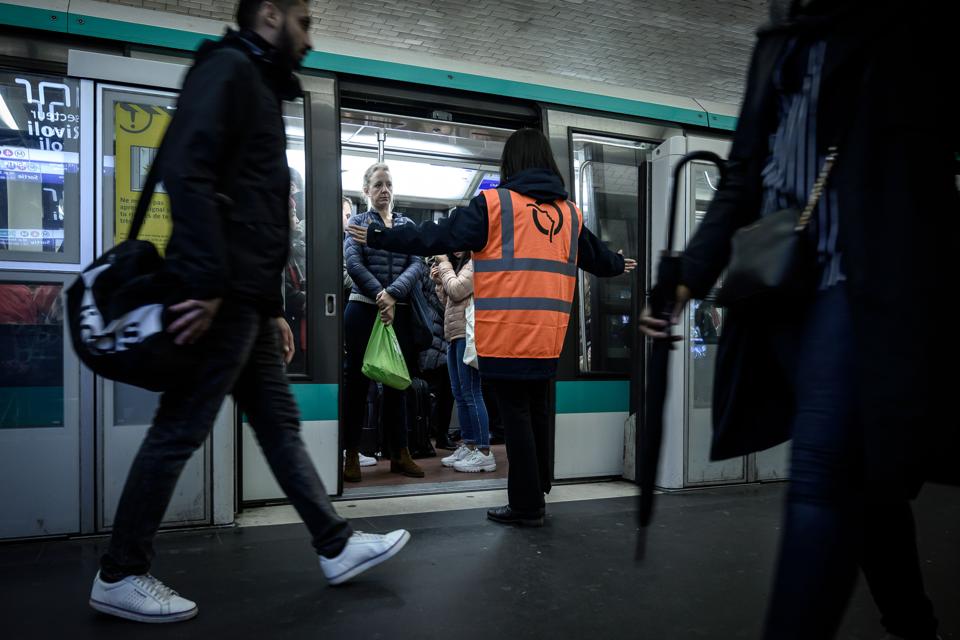 Commuters at the crowded Chatelet subway station in Paris. During the ongoing transport strikes by … [+] the workers of the RATP and French state rail company SNCF the stations at the hub of Paris’s network are peak hour nightmares for many commuters rushing to catch one of the often rare Metro and RER train services. (Photo by LIONEL BONAVENTURE/AFP via Getty Images)AFP VIA GETTY IMAGES

Is 2020 a High Point (Or Low One) For Cannabis Tech? NORML’s Political Director Weighs In