Breaking
Best Incentive To Get Vaccinated: Money, Messaging, Or...
Page Level Query Analysis at Scale with Google...
How A CIO Can Align IT With Business...
Blogger of the Month: Jo, Girl Eats World
6 Things Women In Business Know That Men...
How to Use First-Party Data for Ad Personalization
Pressing Reset—Putting A Fallen Unicorn Back On Its...
How We Went Viral: Promoting Content with Influencers,...
Blame Olympic Record Price Tag For Return To...
Apple iOS 14.5 Release: Should You Upgrade?
Why Gaming Gear Company Razer Launched A $50...
Technical SEO Implementations to Increase the Impact of...
30 Brilliant Ways to Market Your Eco-Friendly Shopify...
15 Tech Industry Leaders Share Overused (And Misused)...
How to Use Amazon Posts to Promote Your...
U.S. House Passes Bill To Create First Crypto...
Home Finance Friday Frenzy: Huge Late Surge Nearly Erases Thursday’s Losses As Washington Promises Help
Finance 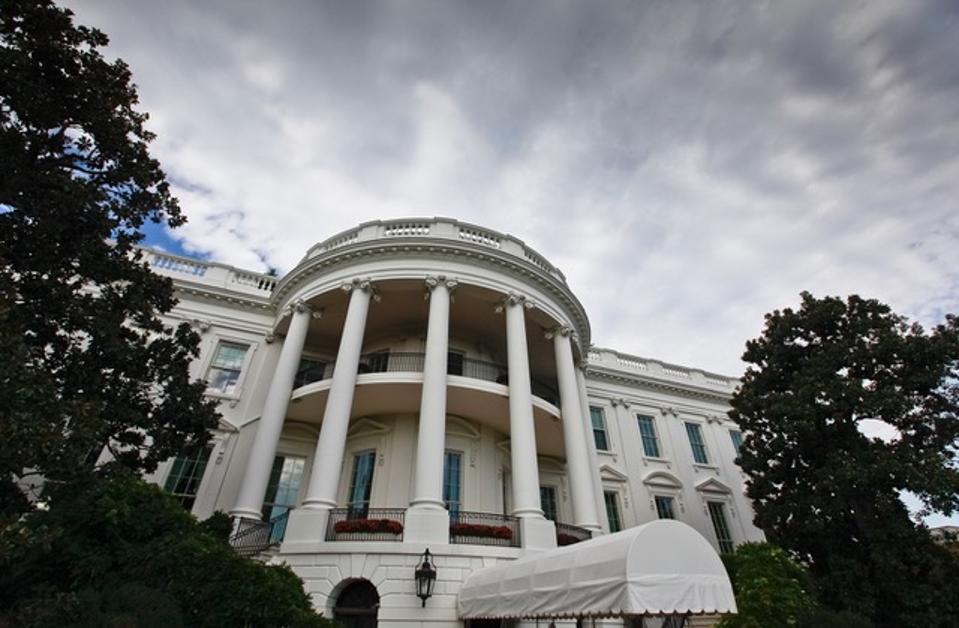 From the market’s perspective, this was the week coronavirus hit home. Literally.

The previous two weeks featured plenty of fear and selling as caseloads rose in Europe and the epidemic spread to new countries. This week, however, things got more real right here in the U.S. Major sports leagues postponed tournaments, travel from Europe shut down, and companies and schools suspended normal operations, making it clear that the U.S. economy wouldn’t get a pass.

Stocks responded by descending into a bear market Wednesday and Thursday, down more than 20% from all-time highs, before a surge of epic proportions toward the close on Friday. The markets charged back on word of fiscal stimulus from the U.S. government and hopes for more virus testing. When the final bell rang, the S&P 500 Index (SPX) was up 9% from the 14-month lows posted Thursday, but still down 9% for the week.

Friday’s surge was a relief, but fears remain. The primary concern seems to be what we’ll do next to control the virus and how that might affect everything from supply chains to consumer demand to corporate earnings. No one knows the answers, and that’s why markets continue to be volatile and could potentially see additional wide moves in coming weeks.

Which will be the next major company to send workers home or announce layoffs? Will large store chains shut down? Will cities take new measures to restrict social gatherings? Those are all open questions raising uncertainty, and that helps explain the crazy volatility as the Cboe Volatility Index (VIX) rose to 80 at times this week for the first time since late 2008.

While it might seem like a lot of the bad news is already in the books, it’s also possible that we’ll see more repercussions ahead. Just today, AT&T (T) announced that employees should work from home if they can, the Boston Marathon and the Masters Tournament both got postponed, and Louisiana postponed its Democratic primary.

Uncertainty about response to the virus helps explain why if you look out ahead, the options markets appear to be predicting more wild swings in stocks. For instance, as of Friday’s close, one metric, the expected move for options, was telling investors the S&P 500 Index (SPX) could move over $200 in the next five trading days. That’s a range of more than 7% (see chart below). And if you look at the option chain of Apple (AAPL), you’ll likely see a similar expected price move. This doesn’t necessarily mean the stock will move by that amount or the direction it’ll move. It just means the expected move is priced into the option.

The huge surge in stocks today came after President Trump declared a national state of emergency shortly before the market closed Friday. That might look scary in print, but actually could be considered good news because it opens the flow of more federal money to potentially help the economy. About $50 billion got freed up by the declaration and stocks surged in the closing minutes of Friday’s session as Trump spoke. In the speech, Trump also promised more test kits. He said the next eight weeks are “critical.”

No one can say for sure when this craziness might end, but it could be worth noting that in 2008, when VIX last jumped to 80, it stayed above 50 for an entire month. We could be looking at a similar situation. However, past isn’t necessarily precedent. VIX did ease back below 60 late Friday.

Another factor that was huge in 2008 and plays a big role again now is crude. Back then, crude prices above $100 a barrel helped weigh. Now, many analysts point to low crude prices sparked in part by a Russia/Saudi Arabia price war that began last weekend as a bearish signal and one that contributed to the market carnage this week.

What’s changed? The U.S. is now an oil exporter, so weak crude prices now hurt the U.S. energy industry along with companies in the Materials and Industrial sectors that make equipment for drilling and transporting crude.

Financials took heat earlier this week from the historic low yields that could conceivably put their margins under pressure. However, Financials appeared to get a boost Friday when well-known investor Carl Icahn told the news media he’s buying in the sector. Also, big bank stocks might be getting some traction as some investors appear to be gravitating toward companies with lots of cash that pay dividends and have made it through times like these in the past.

A lot of attention focused on the weakness in transport and leisure stocks lately, but it’s also worth noting that homebuilding stocks got annihilated this week.

While there aren’t any answers yet as to how this all might play out, earnings and guidance from FedEx (FDX) and Lennar (LEN) next week and from Nike (NKE), Lululemon (LULU), KB Home (KBH), and Micron (MU) later this month could potentially help provide clarity. These earnings could give people the chance to assess the impact of the crisis on companies representing several key industries including retail, transports, housing, and semiconductors. Consider this stretch a preview of earnings season, which kicks off with banks in four weeks.

Yields Rise, Gold Falls in Sign of Mixed Up Relationships

In what could be either signs of promise or just more choppy trading, the 10-year Treasury yield recovered very nicely late this week from the historic 0.31% low hit Monday. By Friday, it was back to 1%. The 30-year bond yield also climbed sharply, and that was good to see as a potential vote of confidence in the U.S. economy. Yields tend to fall when investors are most fearful.

The Fed could be responsible for some of the recovery in yields by showing that it’s ready to use every possible tool quickly to address the supply and demand issues raised by the coronavirus. The Fed might not be able to get people out of their homes to go shopping, but it can help make credit remain easily accessible for banks so they can assist businesses through this stretch.

Gold—another traditional place some investors look at in times of fear—took a dive along with bonds this week even as stocks got a beating. Gold really got whacked Friday, falling more than 4%. Relationships seem to be out of sync, and that’s traditionally when investors get more cautious.

Looking farther out, many analysts don’t expect a “V-shaped” recovery from the recent lows. One possible reason for more market weakness is that numbers—meaning earnings and economic data—are likely to get worse before they get better. That’s simply because data is backward-looking, so it hasn’t had time to reflect the full economic impact of the crisis. This means any stock market rally is likely going to be burdened along the way by signs of slowing economic growth.

Glancing at the technical charts, it looks like Friday’s SPX close above 2550 might be seen as positive by chart watchers. This doesn’t mean we can’t fall again on Monday, of course.

It’s important for investors not to panic and to maintain perspective, but also to keep their wits about them as governments and companies deal with the virus. What corporations and countries decide to do or not do keeps the potential headline risk level high. Investors might want to carefully monitor weekend events and be ready to watch the futures market and overseas trading Sunday night.

Besides that, it’s probably prudent now to follow the example of professionals by keeping trade sizes smaller than normal, expecting wider swings up and down, and setting stops both lower and higher than you normally would.

That’s if you decide to participate at all. As we’ve said most of the week, there’s no door prize for being first to this party. It’s no time to be a hero, and the historic highs in the VIX make that seem very clear. If you do participate, you may want to consider the options market. There are options strategies designed for times of high volatility, but remember that options aren’t appropriate for everyone. If you do choose to use an options strategy in a high-VIX environment, it’s important that it be risk defined.

Now might be a good time to consider your investing time horizon and risk tolerance. You don’t want to be emotional, but then again, it’s your money. It’s hard not to be emotional. That’s why you might want to think iteratively—meaning small pieces of your portfolio. Decisions made out of fear or greed typically don’t turn out so well.

If you feel you have to sell shares in these times, consider keeping it to small amounts. Having some cash on the sidelines isn’t necessarily a bad idea. However, if you can take a long-term view, this could be one of those times where it might help to keep things in perspective. While past isn’t precedent, the market’s been through many downturns in the past, and typically rebounds.

The question is how long it might take, because sometimes it can be a while. Stocks didn’t get back to 2007 levels until 2013, for instance, after that recession and selloff. For investors then whose time horizon was measured in years, holding on turned out to be the right strategy, though there’s no guarantee that will always be the case.

CHART OF THE DAY: WHAT DOES THE MARKET EXPECT? The S&P 500 Index (SPX) options indicate that the … [+] market expects SPX to move by around $200 up or down between now and next Friday. That’s over a 7% price range. These values indicate the market’s expected magnitude of price movement based on market volatility. Data source: S&P Dow Jones Indices. Chart source: The thinkorswim® platform from TD Ameritrade. For illustrative purposes only. Past performance does not guarantee future results.

The Impact Of Coronavirus: Advice For Funded Small Businesses And Those Seeking Funding

Coronavirus Will Be Even Worse For Low-Income People And Businesses, But Fintechs Can Help