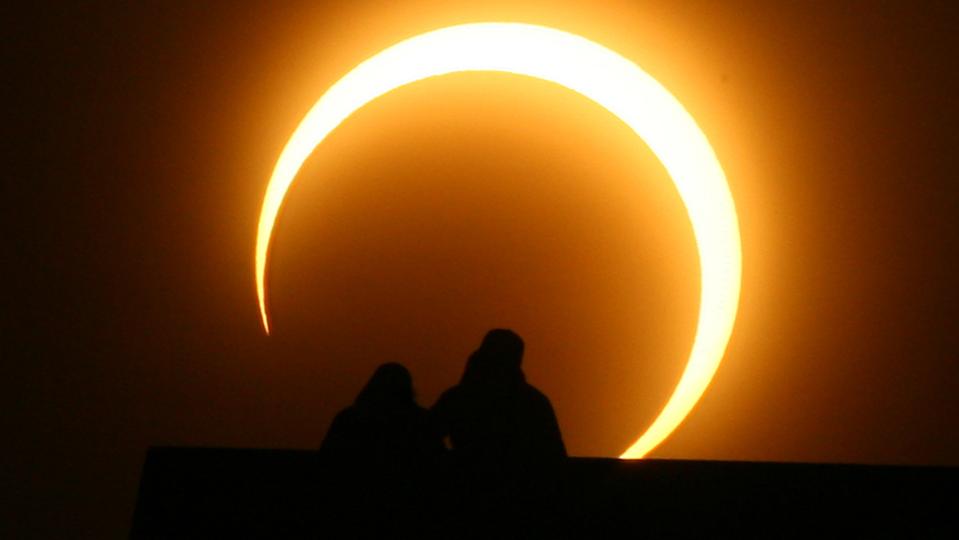 A Chinese couple watches an annular solar eclipse over Zhengzhou, China on January 15, 2010.

Yes, it’s cold in the northern hemisphere. Clear skies are at a premium, too. However, if you spot a gap in the clouds and you wrap-up warm it’s well worth looking up during December. Here are seven incredible sights to see. 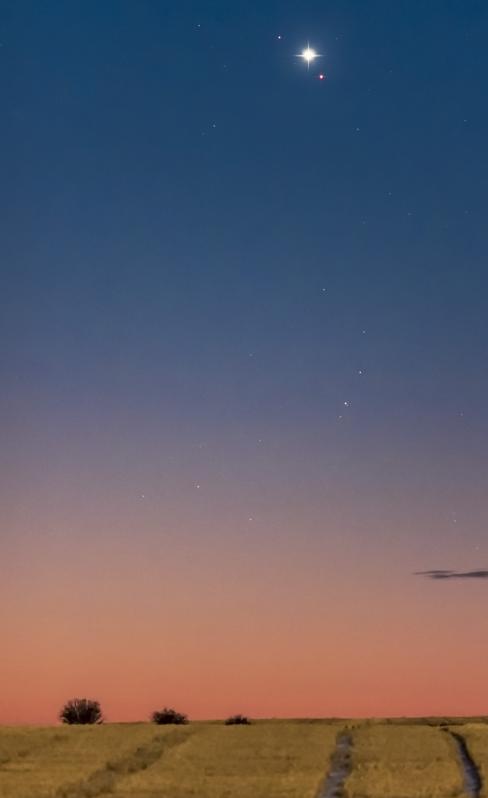 Venus and Mars in close conjunction in the dawn sky on October 5, 2017.

1. A conjunction of Venus and Saturn

How and when to see: twilight in the southwestern sky after sunset on Tuesday, December 10 (global)

Two planets in the solar system are about to do something rather eye-catching. Take a look to the southwest after dark on December 10 and you’ll see the brilliant planet Venus at its dazzling best, and close to it, the rather dimmer Saturn.

As the week commences Venus will appear to “catch-up” on the ringed planet and overtake it. On December 10 they’ll appear to be just 1.8° apart.

2. A magical moonrise (and moonset)

December’s “Cold Moon” or “Long Night’s Moon”—the twelfth and final full Moon of 2019—will be 100% illuminated at 05:14 UTC on Thursday, December 12, which makes moonrise around sunset on Wednesday or moonset around sunrise on Thursday the best times to see it. At those times it will be draped in pale orange hues and far easier to look at than a full moon high in the night sky.

The so-called “king” of meteor showers, the Geminid meteor shower runs from December 4-17 but on their peak night can produce up to 150 multi-coloured shooting stars per hour. Moonlight means that’s unlikely this year, but there could still be a good show. Geminids appear to originate from the constellation of Gemini, which is rising in the east at dark and high by 10:00 p.m. for easy viewing (most meteor shower peaks are at their best well after midnight). Wrap up warm and you might see a bright and intensely colored “fireball”. 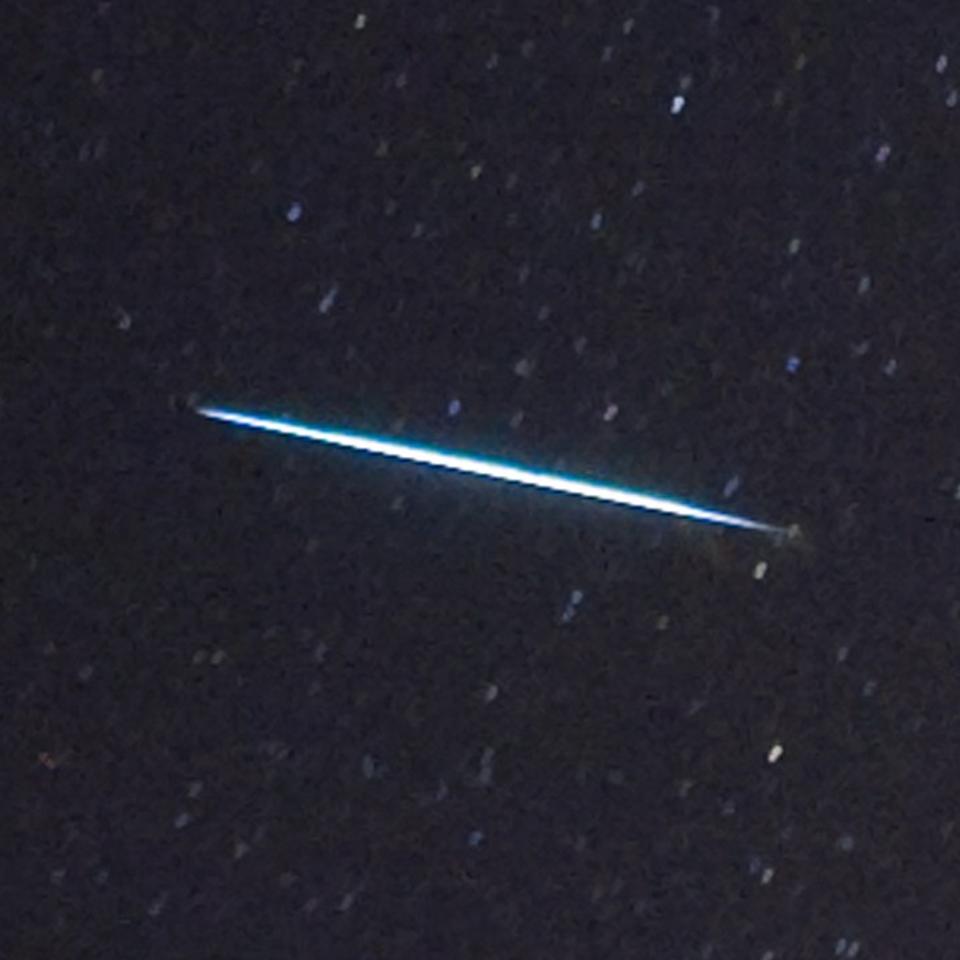 A meteor from the Geminids meteor shower enters the Earth’s atmosphere above Southold, New York.

How and when to see: After midnight on Saturday/Sunday, December 21-22 (northern hemisphere)

Running from December 17-26, but peaking around midnight on December 21-22, the Ursids aren’t as prolific as the Geminids. However, this year they occur during the December solstice (officially at 4:19 a.m. Universal Time on Sunday, December 22, 2019)—the longest night of the year—and one that’s free of strong moonlight. So they could be easier to spot. The Ursid meteor shower only brings forth about 10 shooting stars per hour, so you will have to be patient.

The evening planets of Venus (right) and Jupiter (left), to the right of the waxing crescent Moon.

How and when to see: twilight in the southwestern sky after sunset all month (global)

Whether you think about Christmas as a religious festival or a winter festival connected to the solstice, everyone’s heard of the story of the “Star of Bethlehem.” Is it rooted in fact? Was it a comet? All we know is that it definitely wasn’t a star.

There will be no particularly bright “star” in the east this month, but there is one in the southwestern sky. It’s the planet Venus, often known as the “Evening Star” when it’s a great evening apparition shining brightly after sunset, as it does throughout December and deep into 2020. It’s currently shining at a brilliant magnitude of -4.0, and it’s very easy to spot after sunset by looking west. 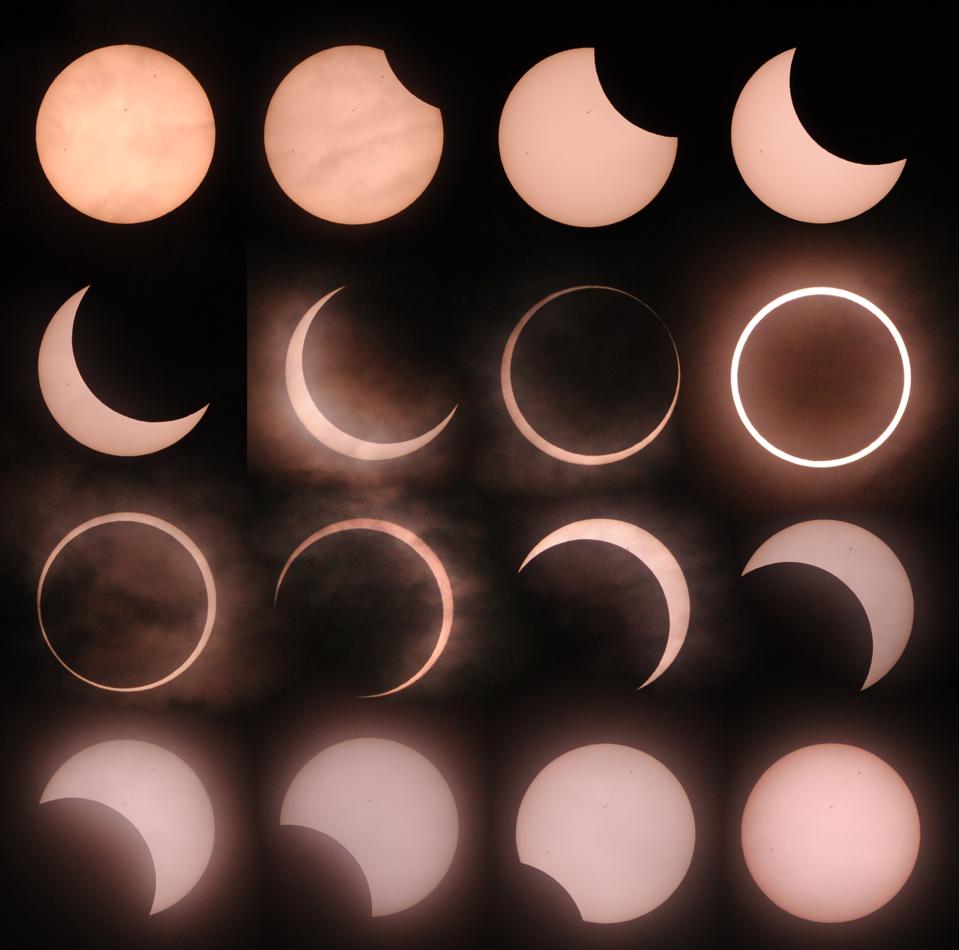 This combination picture shows an annular solar eclipse seen from Tokyo on May 21, 2012.

How and when to see: be in the path of annularity in the Arabian Peninsula, India or Singapore on Thursday, December 26

A rare “Ring of Fire” solar eclipse will see 97% of the Sun dramatically eclipsed by the Moon while North Americans are enjoying their last few hours of Christmas Day. It’s a pet-name for an annular solar eclipse, which occurs when a smaller-than-average New Moon (because it’s slightly further away from Earth) covers most of the Sun. The event—which has to be viewed through solar eclipse glasses in its entirety—is largely a partial solar eclipse, with the “ring” event lasting just a few minutes. It will be visible at sunrise on the Arabian Peninsula (Saudi Arabia, Qatar, UAE and Oman), and later in the day in southern India, northern Sri Lanka, the Indian Ocean and Indonesia. 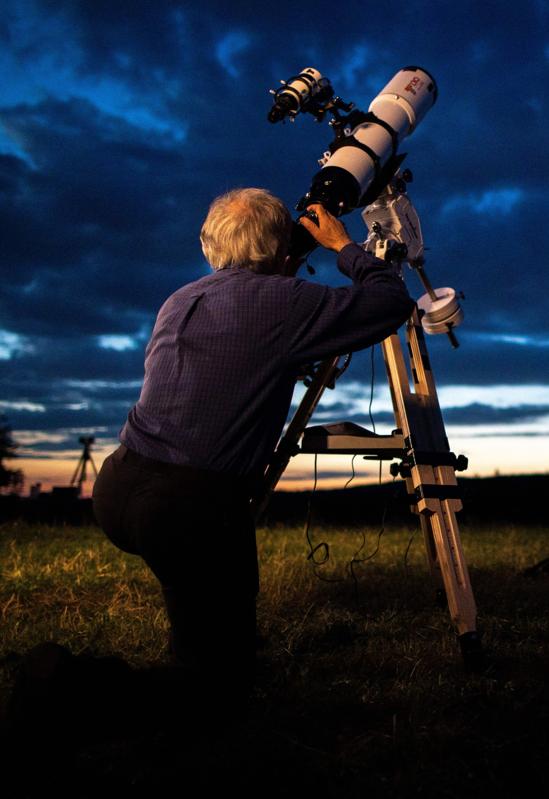 A New Moon at Christmas is great news for anyone who is gifted a telescope or binoculars.

7. Perfect conditions for a telescope

How and when to see: dark skies a week before and for a few days after Christmas (global)

Solar eclipses can only be caused by a New Moon slipping across the Sun during daylight hours, which means there is no moon in the night sky around this period. That makes it ideal for stargazing and astronomy. So if you, your kid or a relation got a telescope or binoculars for Christmas, it’s the absolute ideal time to try it out. Just make sure you get a great night sky guide to go with any telescope. I can personally recommend Turn Left at Orion: Hundreds of Night Sky Objects to See in a Home Telescope by Dan M. Davis and Guy Consolmagno.

Google Pixel Watch: Here’s How It Beats The...

‘Destiny 2’ Is Buffing Its Worst Exotics And...