The colorful buildings of Miami’s Art Deco Historical District have long drawn in tourists and art enthusiasts from around the world.

A modern take on a neoclassical architecture lines Miami Beach, however after decades of neglect, many of the infamous building that line Ocean Drive were nearly demolished in the 1970s. Barbara Baer Capitman founded the Miami Design Preservation League to ensure that Miami’s century-old architectural history was preserved, and since then the city has not looked back. 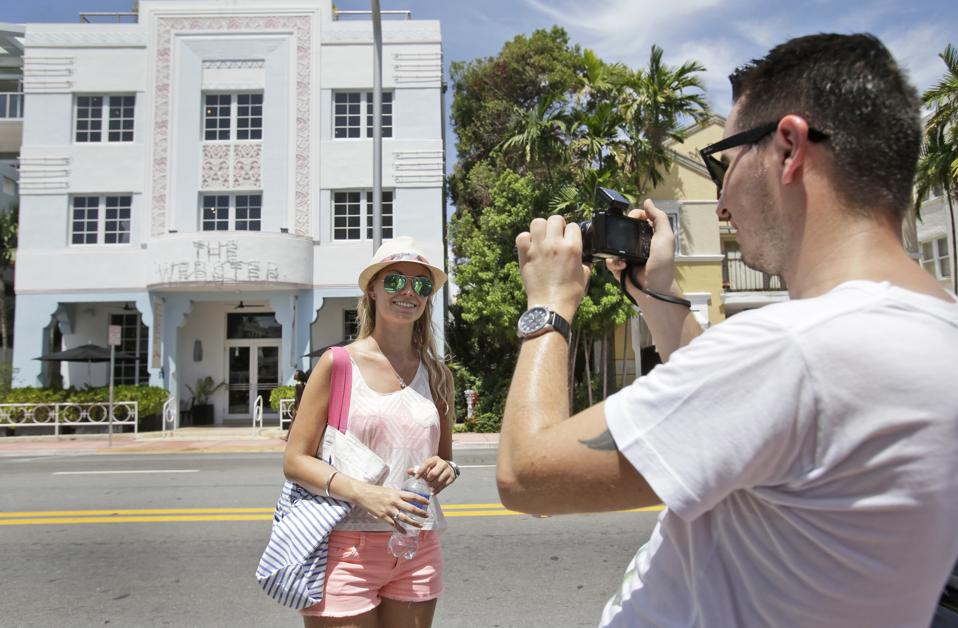 A Dutch couple take photos as they take a walking tour of Art Deco buildings in South Beach, in … [+] Miami Beach, Fla. European visitation to Florida was up 6 percent from 2013 to 2014, the most recent totals available. About 4 million Europeans visited the state, according to Visit Florida, the state’s tourism agency. Paul Phipps, Visit Florida’s marketing director, expects the trend to continue. (AP Photo/Wilfredo Lee)

The last few decades have seen Miami flourish into one of the World’s best cities for art displays and artists alike to flourish.

In Miami art is not just demonstrated through architecture and art galleries, but through street art, live performances and photography.

In recent years one of the hottest stops for tourists and art enthusiasts has been the Wynwood Arts District, or Wynwood Walls as it’s also referred to. This lively and hip neighbourhood displays street art and murals from upcoming and also well-known artists from all backgrounds. 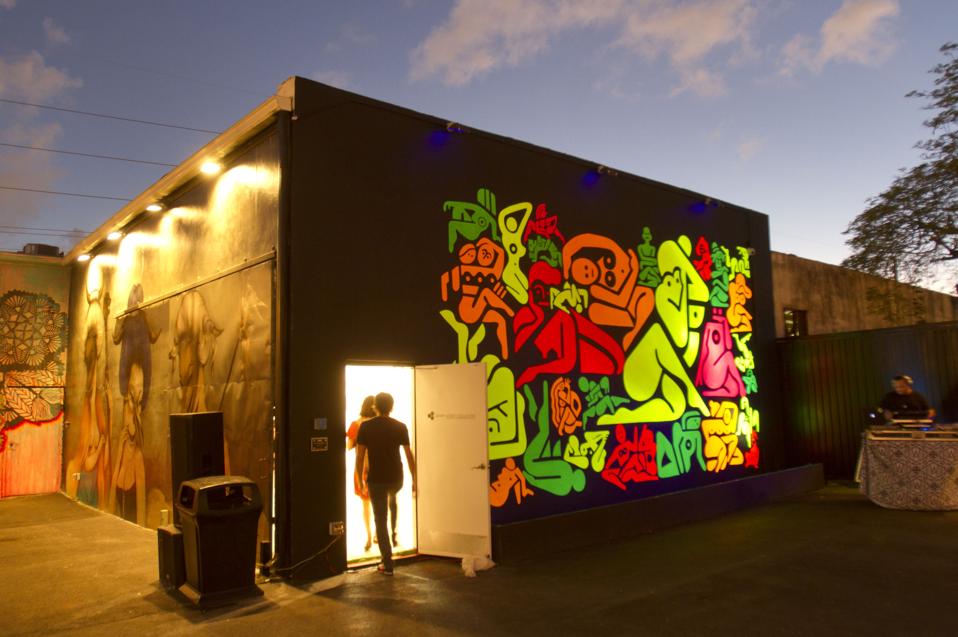 Each year, artists from around the world descend into the city for the now infamous Miami Art Basel. Every weekend now seems to hold a different and interesting exhibition.

The Miami Film Festival starting this weekend and the Miami Fine Art Show starting March 21, there is no shortage of inspiring and intriguing events in Florida’s largest and most diverse city.

Artem Shestakov is one of the prominent photographers featuring at The Art Fair at Coral Gable. This … [+] is another incredibly popular and growing weekend exhibition that begins on March 7 and plays host to some of the world’s most diverse and upcoming artists.

The Art Fair at Coral Gable is another incredibly popular and growing weekend exhibition that begins on March 7 and plays host to some of the world’s most diverse and upcoming artists.

The “Artist Village” saw 150,000 visitors last year and with travel photography to live music this year seems set to bring to city the life again. 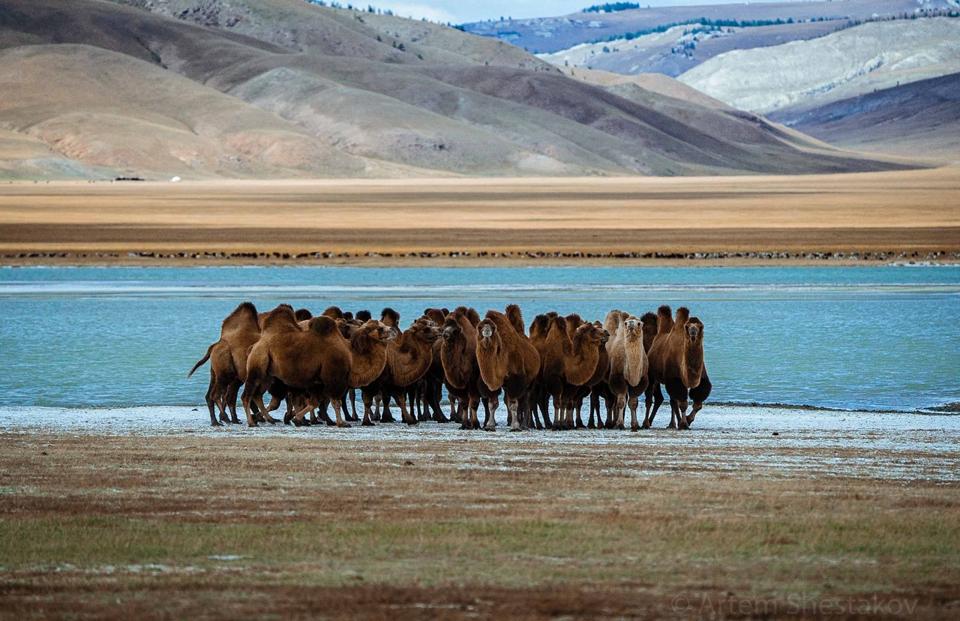 To illustrate the dedication that goes into Miami’s art scene now, Shestakov drove for more than … [+] 10,000 kilometres in one month in Mongolia to find and capture the perfect locations and scenery that will be on display at Art Fair at Coral Gabel this weekend.

One such artist who is bringing his global routes to his new home in Miami is Artem Shestakov. The 27-year old Ukrainian photographer showcases photography from some of the world’s most off the beaten path destinations, including Brazil, Kazakhstan and Pakistan.

To illustrate the dedication that goes into Miami’s art scene now, Shestakov drove for more than 10,000 kilometres in one month in Mongolia to find and capture the perfect locations and scenery that will be on display at Art Fair at Coral Gable this weekend. 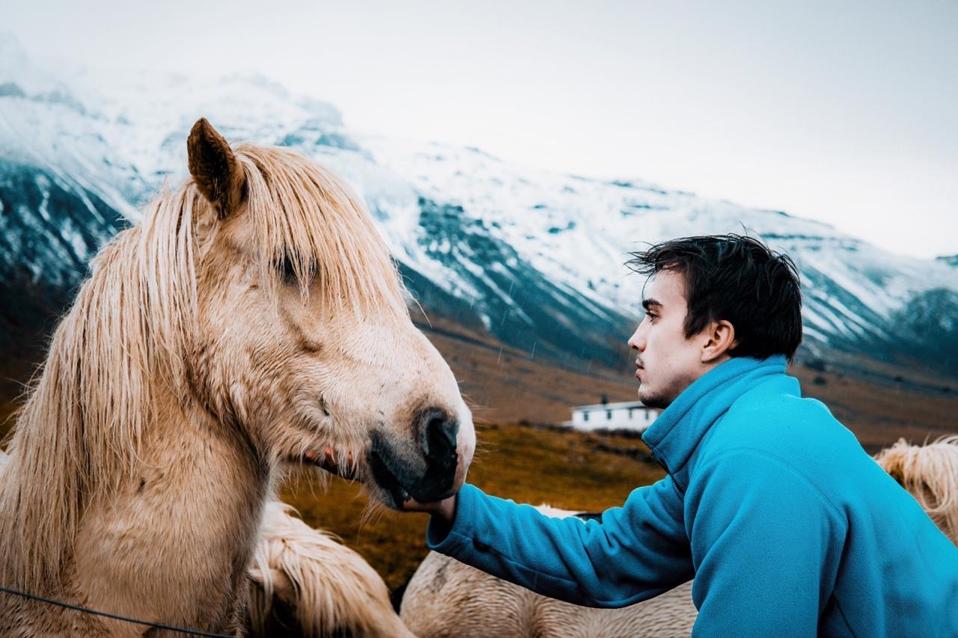 With an abundance of free art fairs and festivals in Miami, many varied works are consistently on … [+] display from artists travels around the world

Years of photographic work and hardship come to the Art Fair this weekend that Shestakov says has taken years of demonstration and emotion to make the audience feel connected to travel and art. “Always before taking any photo I always ask myself; what feelings will this photo evoke in other people,” said Shestakov.

With so much on offer to the public in Miami’s art scene over March, if you find yourself in the city be sure to check out the many exhibitions, most of which are free entry.

Why Am I Losing So Much Money With My Diversified Portfolio?

Here’s How Much Money Flight Attendants Make In...

What Is Fractional Trading?

For Extra Cash, Get A Side Hustle That...