Home Business From Finland To Japan, Women In Soccer Are Getting Their Due
Business

From Finland To Japan, Women In Soccer Are Getting Their Due 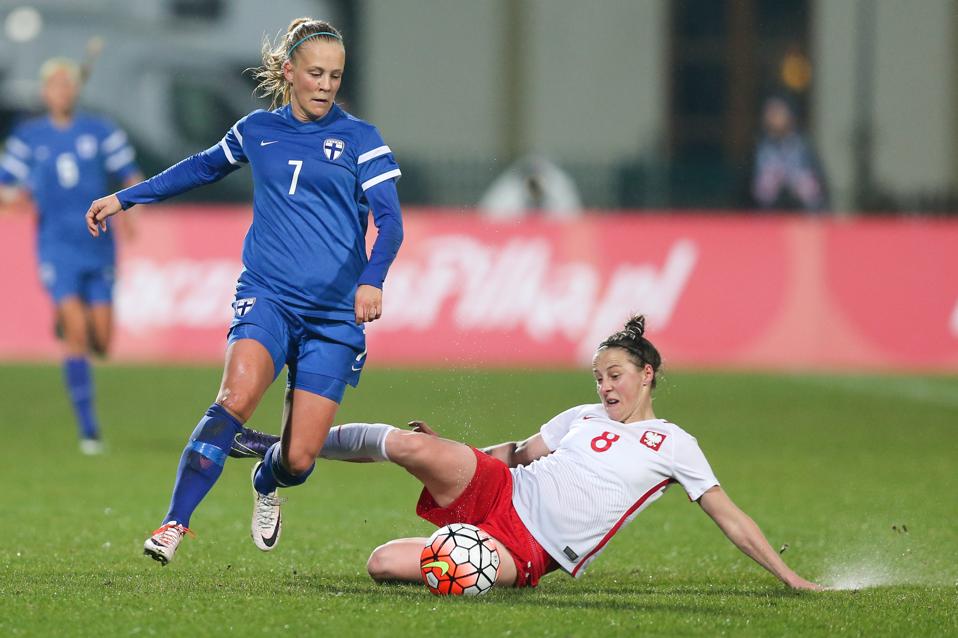 Ahead of the 2019 Women’s World Cup, delegates gathered for FIFA’s Women’s Football Convention to discuss the key pillars of FIFA’s Women’s Football Strategy. Participants shared best practices and insights on growing the women’s game. And key stakeholders were encouraged to increase commercial investment opportunities in the women’s game, eliminate barriers to participation on and off the pitch, and establish gender pay equity.

“We choose what we value and invest accordingly. In that process, we often overlook women and girls. That holds us back, women, in so many areas in life and sport included,” said President of the Federal Democratic Republic of Ethiopia Sahle-Work Zewde during the convention.

“Women’s football does not enjoy the same level of support and investment that men’s football does. This directly translates into an awareness gap that is affecting the ability of our female footballers to excel and be rewarded for their hard work.”

Since the convention, the tide is beginning to turn for the game representing half of the world’s population. Recent developments in Finland, Japan and Saudi Arabia demonstrate that soccer is a powerful unifying force bringing people from diverse backgrounds together.

This week in Finland, the Football Association of Finland announced that the highest level of competitive soccer for women will called Kansallinen Liiga — National League. Female soccer players will no longer play in a “women’s league.”

“It’s common within the sports community to talk about sports and women’s sports as if the latter would be less worthy when this, of course, is not the case,” said Heidi Pihlaja, Head of Women’s Football Development of the Football Association of Finland. “Football is football – no matter who kicks the ball. Some might see changing the name as insignificant, but actually, it is a strong statement that symbolizes a bigger cultural change within the sports community and our society.”

As Finland aspires to be a pioneer of equality in the eyes of the sports community, last year, it announced equal pay for both female and male national team players.

“Last summer’s FIFA Women’s World Cup proved that people do not base their interest in football on the gender of its players,” said Ari Lahti, president of the Football Association of Finland. “Players come to the games to see top athletes play quality football. That is why women’s football should be treated equally with men’s football.”

In Japan, as the 2021 women’s professional soccer league takes shape, it is being reported that a key inclusive strategy involves creating dedicated roles for female executives and former players.

According to the Japan Times, “Within three years, teams will be required to have women in at least half of their staff posts. Also, women with years of service playing for Nadeshiko Japan, the country’s national team, may be recruited to fill posts in the league hierarchy.”

It is widely known that former players hold unique and invaluable perspectives, whether on or off the pitch. Therefore, federations must create a more natural path for female players to assimilate off the field, so their knowledge stays in the game long after their playing days.

“We need to change mindsets, smash stereotypes and fight prejudices about women—their role in society and their ability to play the world’s favorite game,” said President Zewde. “We should look at the entire football industry in a new light, and understand there are structural changes and social norms barriers in play. This requires a campaign to shift mindsets.”

Two years ago, in Saudi Arabia, women were first allowed to enter stadiums in the Gulf Kingdom. This week, the announcement of a newly created Saudi Women’s Football League (WFL) disrupted conservative social norms, but the decision has attracted mixed reactions.

Amnesty International called the launch of the league “a step that will be welcomed by Saudi citizens,” but said that the reform is a painful reminder of the abysmal human rights situation for women.

Conversely,  Prince Khaled bin Alwaleed bin Talal Al Saud, the president of the Saudi Sports for All Federation (SFA), said in a statement: “The commencement of the Saudi Women’s Football League is one more major leap forward for the future of our country, our health, our youth, and our ambitions to see every athlete be recognized and nurtured to their fullest capability.”

US Whiskey Exports To EU Sink 27%, As Imports Of Irish Whiskey Climb