Breaking
Women Of Color Hill Staffers Talk New Economic...
Are You Ready For A Jaw-Dropping December? How...
FIFA 21 Next-Gen Details Revealed For PS5 And...
Being Right At Being Wrong
Click And Collect: How Retailers And Restaurants Can...
Biden’s Stock Market Is Off To A Faster...
How To Avoid Social Media Misinformation Ahead Of...
The True Cost Of Losing An RFP
When Cause And Effect Converged With Humanity
Exxon Mobil Breaks Above 200-Day Moving Average –...
This Small Business Is Looking To Make America’s...
This Woman Invented Something 160 Million Americans Will...
6 Questions To Practice Gratitude This Thanksgiving
Report: Facebook Tweaked News Feed After Election Day...
End The Month Strong With These Top Value...
From Maths Failure To Global Educator: How Knowledgehook...
Home Business Fruit And Vegetable Spoilage Is A Hidden Cause Of Underdevelopment
Business

Fruit And Vegetable Spoilage Is A Hidden Cause Of Underdevelopment 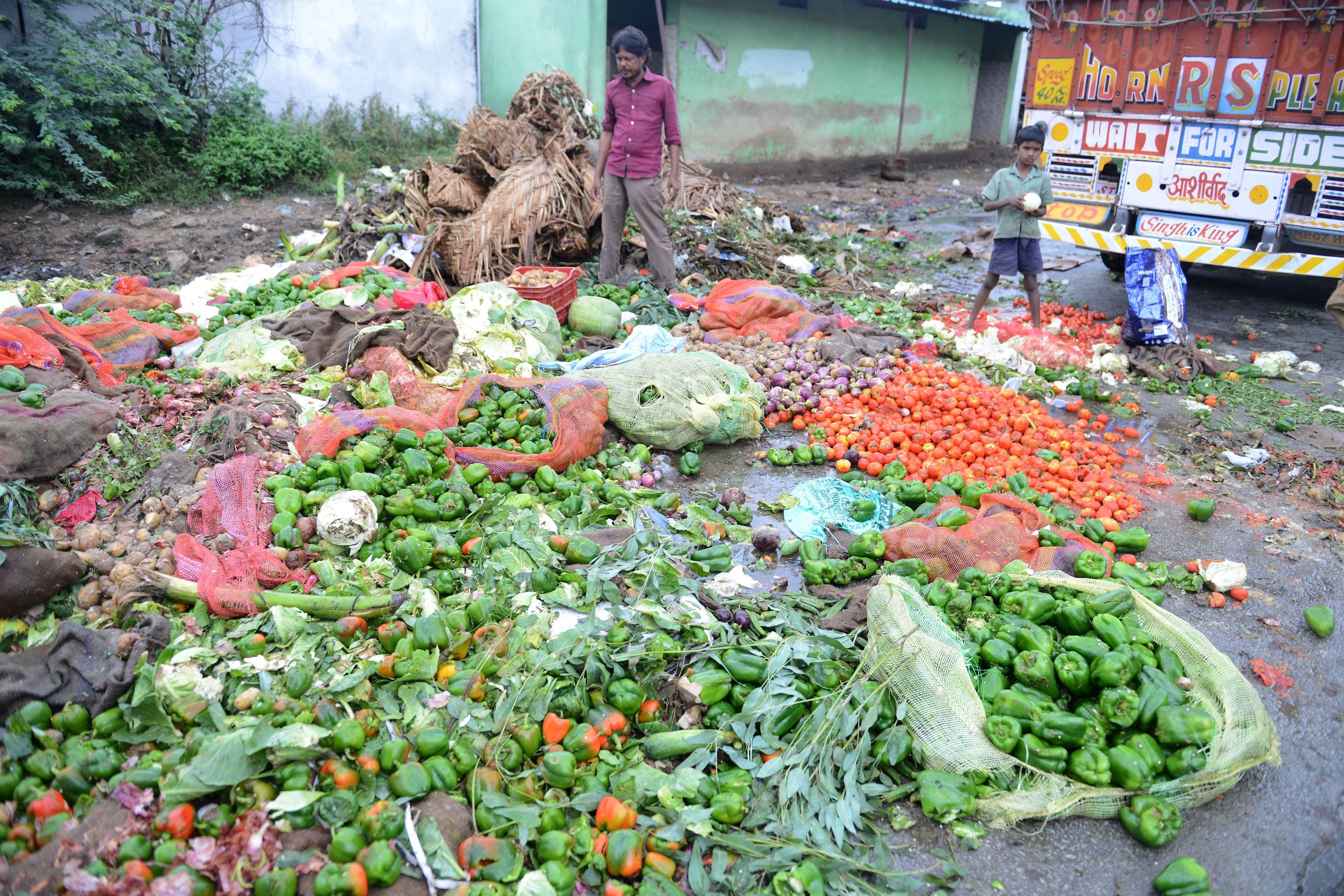 It has become a well-known fact that more than one third or 1.3 billion metric tons of food produced is lost or wasted every year.

According to the Food and Agriculture Organisation (FAO), losses and waste in fruits and vegetables are the highest category of losses among all types of foods, with up to 60 per cent of all fruits and vegetables produced being lost or wasted each year. The impact of these losses is particularly severe among less developed countries, amounting to roughly $310 billion (UN Environment). This perpetuates cycles of poverty and food insecurity.

According to the Rockefeller Foundation, “crop foods (e.g., grains, fruits, vegetables, tubers, pulses) and dairy comprise 92 per cent of developing world losses” (2013) with the most significant proportion attributed to fruits and vegetable loss, particularly during the earlier stages of the food value chain.

In developing countries, financial, technical and managerial constraints, underdeveloped food distribution networks, poor infrastructure and inadequate harvest and handling technology and techniques (resulting in manual and premature harvesting) result in billions of dollars in fruits and vegetables never making it to market.

The FAO observes that in the context of less developed countries, fruits and vegetables can often be “either poorly packed or not packed at all; transported in open, unrefrigerated trucks; and subject to mechanical injury owing to compression, abrasion and rough handling during handling operations and transportation, making them highly vulnerable to deterioration.” (2019) In Central and Southern Asia, up to 25 per cent of fruits and vegetables are lost during transportation alone.

2012 statistics from the FAO reveal fruit and vegetable losses of between 50 and 60 per cent in Latin America as well as in the region of North Africa and West and Central Asia and 51.5 per cent of all fruits and vegetables are lost in South and South East Asia. In the early part of the food value chain, in Sub-Saharan Africa, particularly among mangoes and tomatoes, pre-retail fruit and vegetable loss and waste is as high as 35 per cent and in Eastern and South-eastern Asia, particularly in the case of cabbage in China, pre-retail losses can be as high as 47.5 per cent. (FAO, 2019)

In the developing world, there is a clear link to the impact of fruit and vegetable losses on the poor and vulnerable. This comes in the forms of social (health and livelihoods), environmental and economic costs.

The Social Cost (health and livelihoods)

Food insecure countries are more severely impacted by fruit and vegetable losses. In developing countries, where food security can be severe, access to a greater amount and variety of crops is undermined by pre- and post- harvest losses.

Fruit and vegetable losses impact the livelihoods of smallholder farmers. According to the Rockefeller Foundation, “food loss reduces income by at least 15 per cent for 470 million smallholder farmers and downstream value chain actors, most of whom are part of the 1.2 billion people who are food insecure.” (2013)

In the absence of cold storage, farmers are forced to sell produce immediately, to avoid the risk of spoilage, which affects prices. Sales volumes are also reduced.

Non-fresh fruits and vegetables, even when they are consumed also have health impacts. Improper storage and packing impacts nutritional content, which leads to negative health outcomes. There are smaller amounts of vitamin C, even among mildly bruised fruits. Reduced consumption of fruits and vegetables means reduced nutrition and diversity of diets for populations. These result in elevated hunger indicators and non-communicable diseases.

The economic impact of fruit and vegetable losses is more severe for developing countries. In Sub-Saharan Africa, for example, post-harvest food losses carry an estimated value of $4 billion per year, which is enough to feed at least 48 million people on the continent. (FAO, 2013)

Food losses also create food price volatility, which has a greater impact on consumers in developing countries, who typically spend 40-50 per cent of their incremental income on food.

John Mandyck and Eric Schultz, authors of “Food Foolish: The Hidden Connection Between Food Waste, Hunger and Climate Change” argue that improvements to cold storage would grow India’s banana exports from 4,000 to 190,000 containers, and would provide an added 95,000 jobs and further income to as many as 34,600 smallholder farms.

Loss and waste of crop foods has ecosystem impacts. When fruits and vegetables spoil, resources such as the energy, land and water, that were used in its production, are wasted. The resources used to harvest, transport and package it are lost. One quarter of global freshwater consumption is wasted on the production of food that is never consumed. Effective yields are reduced.

Scientists say that food wastage also causes 11 per cent of food system related greenhouse gas emissions. As fruits and vegetables rot in the landfill or elsewhere, they produce methane gas, which is more potent than carbon dioxide in its impact on global warming.

Responses to global losses in fruits and vegetables can vary from grassroots approaches to improvements in infrastructure and policy intervention at the highest levels.

At a grass roots level, simple interventions can make a big impact. In Cameroon, for example, the use of jute bags to store eru, a wild vegetable can increase shelf life by over a week.

Science and technology has a significant role to play in the reduction of food loss and waste. Apeel, a California-based startup and World Economic Forum Technology Pioneer recently secured $30 million in funding from the International Finance Corporation (IFC), Temasek, and Astanor Ventures, for support in the development of an innovation that doubles the shelf life of fruits and vegetables and reduces loss by more than 50 per cent.

Apeel’s “plant-based protection” or “peel,” derived from “materials found in the skins, peels and seeds of all fruits and vegetables” slows water loss and oxidation that causes spoilage is “the only proven end-to-end solution for maintaining freshness.” (Apeel)

“The harsh reality is that it is nearly impossible today for most smallholder farmers to get their produce to a marketplace that will pay for it before it spoils,” says Apeel Founder and CEO, James Rogers.

At a governmental level, strengthening the supply chain through investments in infrastructure (enhancing the quality and efficiency of rural roads) and transportation, as well as in the expansion of the food and packaging industry would play a major role in reducing the amount of food loss and waste.

Support from international organisations has simply not been enough. According to the Rockefeller Foundation, “US philanthropic funding from 2008‐2012 directed towards reducing wastage in developing countries amounted to only $14 million, approximately 5 per cent of the $260 million directed towards agricultural productivity. Funding for post-harvest loss research is about 5 per cent of total agriculture research.”

Sustainable Development Goal target 12.3 calls for the halving of food loss and waste by 2030. The objective of feeding a rapidly growing global population to 2050 requires a 70 per cent increase in global food production. Each of these targets can be met quicker with a greater focus on a reduction of food loss and waste, particularly with regards to fruits and vegetables.

Reducing fruit and vegetable loss and waste in the developing world would more sustainably feed the world’s population in the future and can have significant impacts on food security, health, economy, natural resources, greenhouse gas emissions and social, political and economic stability.

This Young Entrepreneur’s Goal: To Make Healthy Foods Available At Price Everyone Can Afford