Breaking
Florida Supreme Court Tells The American Bar Association...
How to Write Perfect Paid Social Media Marketing...
How To Boost Productivity In Your Small IT...
How Restaurants Can Design a More Sustainable Food...
Expenses That Small Business Owners Need to Be...
How You Can Make Saying Goodbye To The...
Biden To Meet Royal Family At Cornwall’s Eden...
It’s Going To Be Emotional — Going International...
Peer Mentoring For Students: STEM & Buds
7 PR Trends in 2021: The Story So...
Google Plans Radical New Google Pixel Smartphone Upgrade
Where Did COVID Come From?
Ride To Growth With A Business Vehicle
C3.ai’s Tom Siebel: How To Scale AI
Moz Acquired by iContact Marketing Corp
10 Examples of Brands Using TikTok Stitch and...
Home Technology Fujifilm Expands Its X-Series With The New X-S10 Mirrorless Camera
Technology 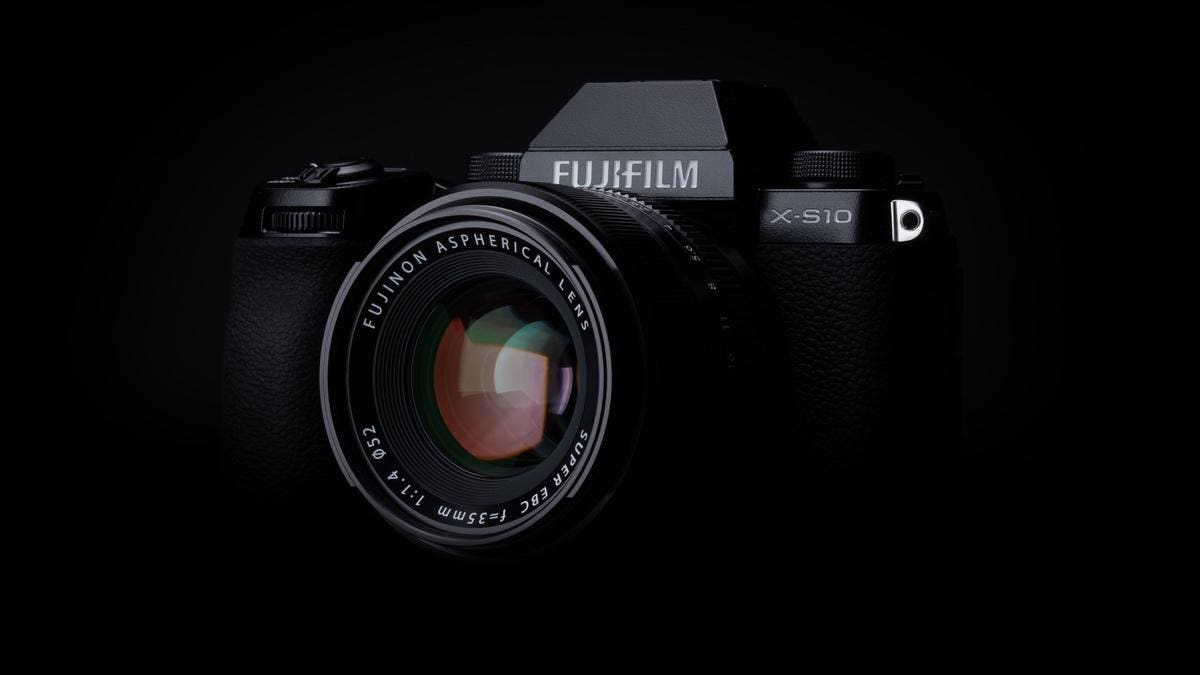 Fujifilm has announced the launch of a brand-new camera in its X-Series of compact and lightweight mirrorless digital cameras.  Available from the middle of November with a variety of lens kit options, the brand-new X-S10 is equipped with a 26.1-megapixel X-Trans CMOS 4 sensor, a high-speed image processing engine and in-body image stabilization.

The X-S10 is a lightweight model but has professional features for both photographers and videographers. For novice users, there’s an AUTO/SP (Scene Position) Mode that adjusts the camera settings automatically to produce images making any manual adjustments to the camera’s controls. The X-S10 can also shoot 4K/30P 4:2:2 10-bit video or high-speed full-HD video at 240fps. Its vari-angle LCD screen flips forward through 180 degrees, making it ideal for taking selfies or for vloggers recording pieces to camera.

The X-S10 has an in-body image stabilization (IBIS) mechanism that’s approximately 30% smaller in volume and weight than the previous model. Despite weighing just 450g, the X-S10 can deliver up to 6.0-stops of five-axis image stabilization. It’s also the first mid-range X Series camera to use a motion sensor retention mechanism. This is a mechanical shock absorber that guards against slight vibrations that may come from the camera’s shutter unit, adding another level of stability to ensure that image clarity and resolution are maintained.

To help with taking sharp hand-held shots, the X-S10 has a large and comfortable magnesium-alloy grip that makes it easier to hold the camera steady when using larger lenses. The camera also has a magnesium-alloy front and top-plate that make the body rigid and robust.

The X-S10’s updated AUTO / SP (Scene Position) mode automatically adjusts the shooting settings to suit a given scene without the need to make further adjustments or interventions. Other Scene modes include dedicated settings for shooting landscapes, portraits and creating well-balanced images under back-lit conditions.

The combination of the X-S10’s high-speed AF and AF-tracking performance with the its X-Trans CMOS 4 sensor with 2.16 million phase detection pixels and X-Processor 4’s computing power, provides quick and accurate autofocus that can focus as quickly as 0.02 seconds in some cases, even at -7.0 EV.

The X-S10 has high-precision Tracking AF for shooting moving subjects and there’s also a Face/Eye AF function can track a subject’s face and eyes. A blackout-free high-speed burst shooting mode can grab up to 8fps with the mechanical shutter and at a staggering 30fps with the electronic shutter for capturing the fastest-moving subjects.

Videos can be shot in 4K resolution using the amount of data equivalent to 6K to ensure the footage recorded is in high resolution with low noise. The X-S10 also supports recording 4K/30p 4:2:0 8-bit video onto an SD card inserted in the camera, as well as outputting 4K/30p 4:2:2 10-bit video via the camera’s HDMI port. High-speed full-HD recording at 240p, is also possible, producing up to 10x slow-motion footage.

In addition to the camera’s IBIS, its Digital Image Stabilization (DIS) mode can compensate for any camera shake, even if the user is walking with the camera. Adding IS Mode Boost provides even more stabilization. Fujifilm claims it can virtually eliminate camera shake when used for hand-held shots.

With a dedicated movie recording button on its top-plate, the X-S10 enables users to start recording a video even while they are creating still images. Exposure and focus settings are automatically recorded in the AUTO mode.

Fujifilm makes some excellent cameras that are incredibly good at recording beautiful JPEG images that can be used straight from the camera. The X-S10 now takes the X-Series range further with some advanced video functions as well as best-in-class image stabilization features that could make the X-S10 an ideal camera for night photography and extra creativity from low-light situations. Fujifilm has also announced a new range of kit lenses available with the X-S10 and prices are listed below as a complete bundle.

The X-S10 will be available from mid-November and priced as follows:

What Should You Know About IT in Small Business Today?

A Conversation On The Importance Of Immigration On Entrepreneurship With Ali Noorani, President And CEO Of The National Immigration Forum