Breaking
The 5 Biggest Mistakes Companies Make With Chatbots
Weird Market Dynamics: 3 Reasons Ethereum Is Dropping...
Silver Shines, Says Citi, Tipping A 60% Price...
Report: Lawyers Unable To Locate Parents Of 545...
In Need Of A Competitive Edge? Look To...
Think Small: Timely Picks To Capture The Reawakening...
Patient Gets Covid-19 Swab Lodged In Her Lung...
Nine Signs You’re Not Being Effective During Your...
Chromebooks Can Now Run Windows 10 – Find...
Will Biden’s Tax/Benefit Plans Help/Hurt You And The...
This Fashion Brand Turned A Stripe Into A...
On CRM: Salesforce Has Finally Fixed Your CRM...
Shots In The Dark: Why Access To A...
The Case For A Better ROI From Virtual...
What Building Wealth Really Takes In Business
Building A Circular Economy In New York City...
Home Business Fun Lovin’ Criminal Huey Morgan On Drake, Roots And Fame
Business 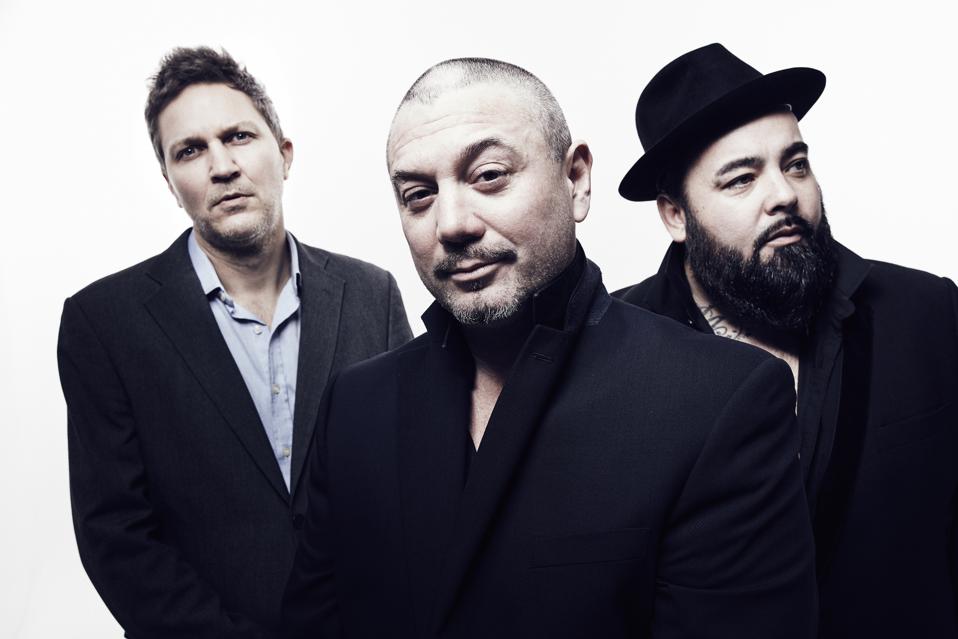 “I really took to music, like a lot of young kids my age. Music was everywhere in the neighborhood where I lived, and I used to listen to the radio. A lot.” Singer, actor, musician, DJ and broadcaster Huey Morgan is reminiscing about the beginnings of his lifelong love affair with music. “Back when I was a kid, growing up in the neighborhood I grew up in, there was always a lot of that block party life.”

His distinctive New York accent sounds like it just sauntered off the set of a Scorsese film, a legacy of the musician’s Puerto Rican and Irish roots. “It would start in the afternoon; you would have some classics and some people dancing, kind of a family-friendly vibe. Then the sun would go down and the slow jams would start. And then the dance music, the Latin music, would really kick in.”

This rich vignette of local sound systems bringing life and authentic sounds to the dusky streets of New York’s lower east side is fitting. Many aspects of Morgan’s career have been a sonic echo of his formative years. His work as a DJ and performer is steeped in the diverse legacy of soul, funk, rock, disco, jazz and Latin from his musical heritage. 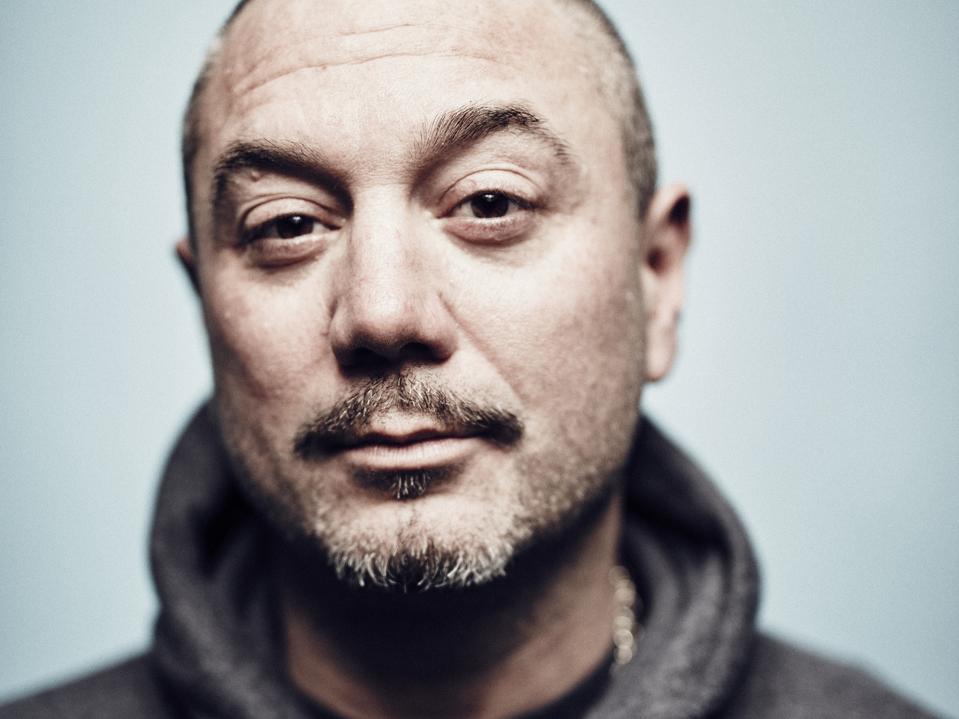 One of the most important events in Morgan’s musical development came in the shape of a Christmas present, he remembers. “The one thing that put me in the right direction is when my mom got me a book for Christmas one year, The Rock and Roll Encyclopedia. It had a page and a picture on every band.” The book utterly captured his imagination. “For years and years and years I used to go through it. I used to know every little thing about every little band. For whatever reason, it really intrigued me. And I thought that, in a lot of ways, music is that way. If you learn the language of music, no one can get anything by you.”

Morgan took it upon himself to absorb as much of the stylistic vocabulary of music as possible. “As a musician, I try to learn as many scales and modes and chords and, you know, all types of shit. But I think what was really important was trying to understand the people that made the music, and how they lived their lives. I was a young kid; I was trying to figure out what I had to do to prepare myself to live a life that included being a musician. The whole rock star thing was not a real option.”

The young Morgan would have been be awestruck to witness the adventures of his elder self. Years later, in 1996, Morgan’s band Fun Lovin’ Criminals would burst onto the music scene with considerable finesse, providing a much-needed contrast to the overarching Brit-pop sound of the era. “Brit-pop was getting a little samey,” Morgan recalls, “Everything started to sound the same, look the same. And then we came out with this very unique take on popular music, including hip-hop and jazz and rock and funk and soul, but doing it in a musical way. The juxtaposition of us showing up lent us a lot more spotlight than we normally would have gotten, frankly.”

Fun Lovin’ Criminals’ identity was distinctive from the get-go. Their debut single “Scooby Snacks” included samples from the Tarantino movies Reservoir Dogs and Pulp Fiction, and their tall tales of living large in the neon metropolis caught the imagination of the public. Their debut EMI album Come Find Yourself remained in the U.K. album chart for over two years, and the band played the Pyramid main stage at Glastonbury in ’99 and toured with U2. Three of the band’s albums made the top ten in the U.K. Albums Chart, while they scored eight top 40 hits in the U.K. Singles Chart.

Although the band has been less prominent in recent years, Morgan explains that they never broke up. “We’ve been playing together for 25 years now. It’s kind of like the Mafia; you don’t break up, you don’t really leave the band, you know?” All three of the band members: Morgan, Brian’ Fast’ Leiser and Frank’ The Rhythm Master’ Benbini have released side-projects, but perhaps the best-known offshoot of the trio is the parallel broadcasting career of Morgan. He has been a regular guest on British TV, appearing on Never Mind the Buzzcocks, The Wright Stuff and Question Time. He also narrated the National Geographic series Drugs Inc and Underworld Inc. His career as a BBC radio DJ in the U.K. has been steady since 2008, and he picked up a Sony Radio Academy Award along the way. 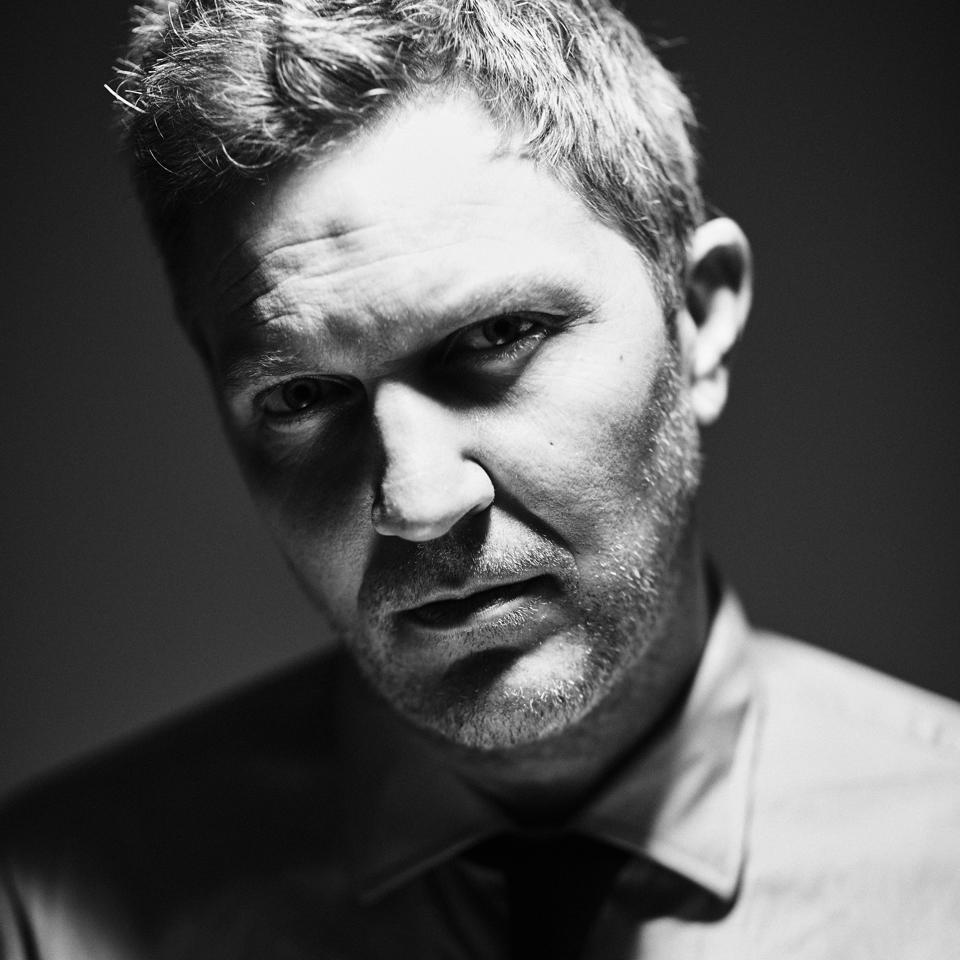 His career as a broadcaster evolved in parallel with his personal life, he reveals, when he married Rebecca, a British interior designer, in 2007. “We started going back and forth quite often. When I decided that I wanted to try to start a new career in broadcasting I moved to the UK full-time and tried to put my ducks in a row. So I’ve been doing that for ten years, and, you know, I think I’m doing pretty good.” The Huey Morgan personal brand is one of gold-plated New York self-confidence, but he also speaks with genuine gratitude. “I’m the people’s champ, everybody loves listening to The Huey Show, and I’m happy to be able to do it. I’m honored really to have a space in people’s lives.” 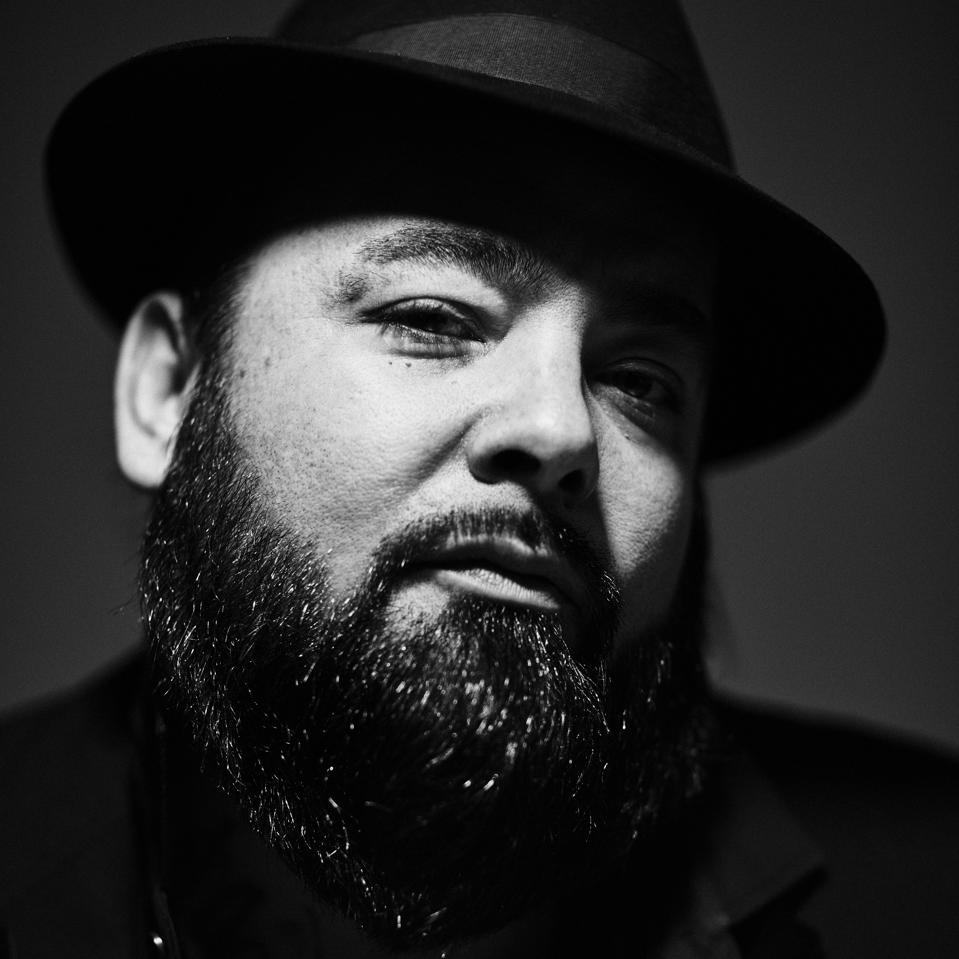 His radio show brings a Stateside crate-digging sensibility to U.K. shores. “It’s how people used to do shit differently in New York. Everybody has the same records, right? But that doesn’t necessarily mean that they play in the right order. I learned that the craft of being a DJ, not a radio presenter, that’s a bullshit title for people who don’t know what they’re talking about. If you’re a DJ, you know what moves people, when it moves them and why it moves them. I listen to all types of different styles of music for all the different moods in my life.”

Morgan is candid about the state of the music business in 2019, and the issue of chasing fame for the sake of it. “In the music industry, there are very few ways of making money now, so people with a-type personalities who are very creative and very driven would probably opt to do something else with their time and energy. It doesn’t seem that a payoff is there, unless you want to be completely asinine, like Drake, for example. If you just want to be famous for the sake of being on TV, for the sake of getting a BooHoo ad at the train station, there’s nothing past that. Once you get there and once you’re a finalist on, say, Love Island or whatever, there’s nothing next. There’s just the burnout of the fuze until the next cycle starts. So, when people just want to do something for nothing, they get nothing for something. I had a conversation with Ricky Gervais, and he said to me ‘I wish I had concentrated more on being a musician than being a pop star’ because he was into music when he was young, and I said ‘Why man?’ and he said ‘Because then I might have something to do.'”

Fun Lovin’ Criminals were recently picked up by Sony, and are working on an album of all-new recordings which will be released next year. In the meantime, they are planning a Christmas party in London’s Indigo O2 venue on the 12th December, to which you are all invited. “We usually do have a celebration around this time of year, but we made it public this year because we have a lot of friends in town, musician friends and DJs, and we’re going to try to make a really big party.”

By coincidence, the event takes place on the night of the U.K. general election, but Morgan will not be drawn on any political comments. “I don’t comment on politics. I’m not that guy. You can find someone else that will be happy to throw their dick in the chopping block. If people are watching the news lately, you realize that all the media is trying to do is just pit us one against each other. We’re going have a really good time, and if people want to come down to forget about all the bullshit for a couple of hours, we’re your guys.”

When I ask Morgan does he have any closing comments, one gets a glimpse of his tireless work ethic, and also his Lower East Side sass. “I spent a lot of last year in South America filming a documentary for BBC 4 called Huey Morgan’s Latin Music, and that’s going to be coming out on television in the New Year, so you can stay tuned for that. I’m on Radio 2 at 4 a.m. every Saturday and 4:30 a.m. every Friday, and on 6 Music at 10:00 a.m. every Saturday. So that’s what we do, man. Anything else? Well… just mention that I’m still very good looking and very, very charming.” 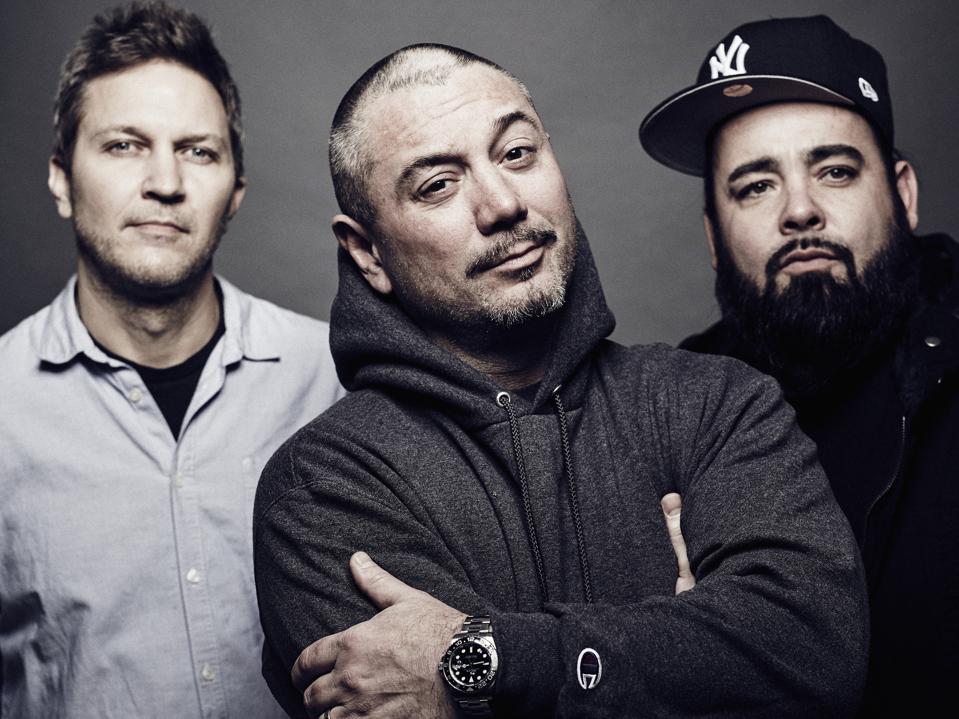