Furkan Korkmaz’s 3-point attempt, launched from the left corner in the second quarter of the 76ers’ game against the woebegone Chicago Bulls on Friday night, was true. But the Sixers’ third-year swingman hadn’t noticed that his team was on the power play. 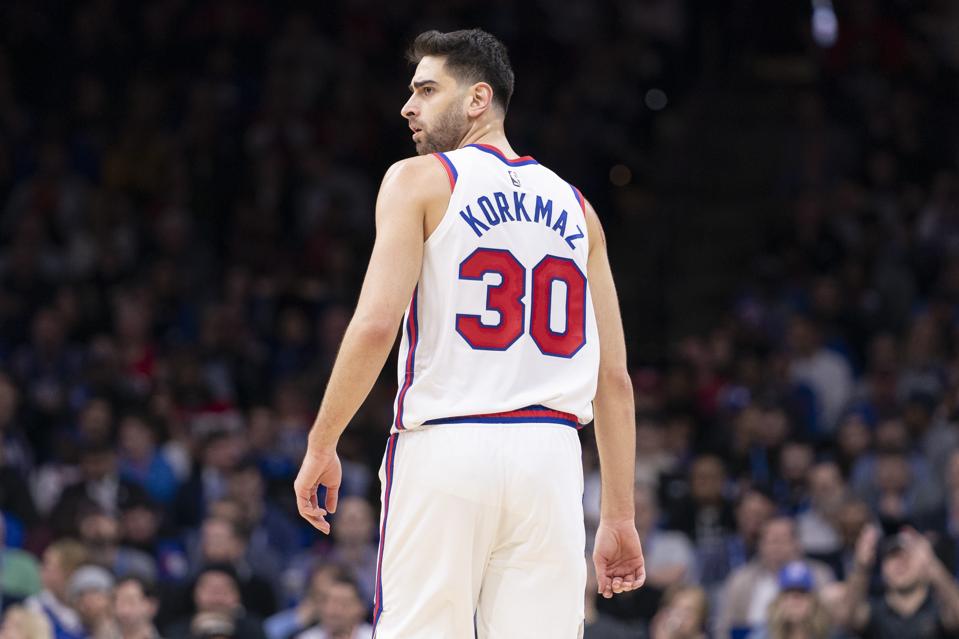 No basket. Technical foul for six men on the court. And after the 100-89 victory, coach Brett Brown had a harder time explaining that than he did Korkmaz’s emergence as a viable NBA player. Something about a revised rotation and the fact that Mike Scott checked in for Tobias Harris … and, well, as Brown put it, “There was confusion.”

“I appreciate you bringing that up, though,” he told the reporter who asked about it.

It was as acidic as the coach gets. Korkmaz, meanwhile, was straight fire: 8-for-11 from the floor, 6-for-9 from the arc for 24 points, a career high and the most by a Sixers reserve since the departed Landry Shamet put up 29 against Washington just over a year ago.

So yeah, Korkmaz couldn’t complain too much about losing three points to a teammate’s mental mistake. Also because he’s overcome worse. Wasn’t it only last season when it looked like the Sixers were ready to move on from him? Wasn’t it only last summer when it was reported he had moved on from them?

Yes, on both counts. But not anymore. Now he is a regular part of the rotation. Now there are signs he can become the bomber — Brown’s preferred job description — the team so desperately needs.

“To say it’s incredible would be too dramatic,” the coach said, “but it’s a heck of a story, isn’t it?”

Good enough for a blah Friday in January, that’s for sure. With the Joel Embiid-less Sixers seemingly content to play down to the Bulls’ level, Korkmaz instead launched his team into the stratosphere, cramming 14 points, including four triples, into a blistering three-minute, eight-second stretch of the third quarter. That allowed his team to nudge its lead from five to 11, and the Sixers were never seriously threatened the rest of the way.

Korkmaz, who came in averaging eight points and shooting a respectable 37.6 percent from the arc, was decisive. He was confident. He was even a little JJ Redick-like, in Brown’s estimation.

“I had flashbacks of JJ,” he admitted. “We jumped into JJ’s package. … Yes, we have put (Korkmaz) into that action that used to be sort of anointed for JJ. It has dust on it, mothballs, but we drug it out of the closet, and he’s been very successful with it.”

It would probably be wise to pump the brakes on any comparisons with Redick — now with the Pelicans after two years in Philadelphia — since he remains one of the game’s most accomplished marksmen. At the same time we can appreciate how far Korkmaz has come since last fall, when the Sixers declined to pick up his option and he responded by requesting a trade — a request that wasn’t fulfilled.

He wound up averaging just under six points a game in 48 appearances, then became a free agent at the end of June. There was a report just before the deadline that he was poised to sign with a team in Turkey, his native land, but that turned out to be false, and he floated out there, available to one and all. The Sixers finally signed him to a league-minimum two-year, $3.38 million contract in late July, though next year’s salary of just over $1.7 million won’t be guaranteed until this summer.

He hasn’t looked back since. He and Harris are the only guys on the team to make more than 70 3-pointers this season — both have 71 — and the only ones to make three or more 3s in 12 games. Korkmaz’s triple total Friday was another career high, and equaled the team’s previous single-game high this season, established by Josh Richardson against Miami on Nov. 23.

Brown, who has a player-development background, acknowledged that it’s “for-sure gratifying” to see Korkmaz, six months away from his 23rd birthday, come along, doubly so since Korkmaz is “quality people.” Korkmaz, for his part, is attempting to take things in stride, to come to grips with the ebb and flow of NBA life.

“A lot of stuff going on here,” he said. “Some of them you can control, some of them you cannot control. But right now I’m happy to be here. I’m happy to be part of this team, and then I’m just trying to give my best on the court. Every player has some ups and downs in their career, but right now I think I’ve found my role on the team. Then I’m just trying to go out there and help my teammates.”

During his third-quarter explosion he seemed particularly attuned to Ben Simmons — “the Ben,” as Korkmaz calls him — gathering in one pass from him on a pick-and-pop, another on a wing-to-wing look, still another on an inbounds play before connecting from downtown. By then the joint was jumping, and Korkmaz rode the wave, adding a runner and a driving dunk past a startled Chrstiano Felicio, one of Chicago’s big men, in the fourth quarter.

“At that time of the game I was really feeling it,” he said.

“He stayed locked in,” Simmons said. “He hasn’t gone off track if he’s not playing as many minutes. When he gets the opportunity, he’s ready. And (on) defense, he stepped up a lot. He’s had a lot of guys go at him and he’s taken those challenges upon himself to get better and be a better defensive player.”

Other challenges await, challenges that loom larger than any that might come on a blah January Friday, in a game against one of the league’s worst teams. But more than ever before, Furkan Korkmaz seems capable of meeting each and every one of them.

UFC 246 Weigh-In Results: One Fight Cancelled After Gross Overage On The Scales

How Much Should I Pay The Directors On...

How The Alchemist Goes Above And Beyond To...

Five Key Strategies To Grow Your Business During...

Pandemic, Plastics And The Continuing Quest For Sustainability